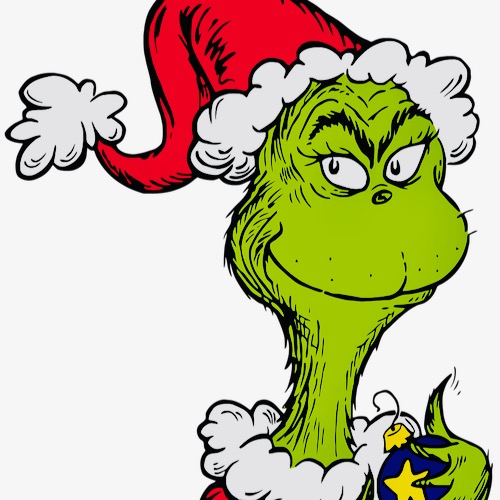 Dr. Seuss Enterprises has caved to the woke scolds. Today, on Theodor Seuss Geisel’s birthday, the foundation canceled six of his books.

“The company that publishes Dr. Seuss’ children’s books said it will stop selling six of his titles because they contain racist and insensitive images.

Dr. Seuss Enterprises — the firm charged with preserving and protecting the beloved author’s legacy — said it scrapped the books because they “portray people in ways that are hurtful and wrong.”

Well, isn’t that just a fine how do you do? Supposedly several woke scolds finally got hold of the fine people at Dr. Seuss Enterprises and badgered them until they caved. And cave they did by canceling the following books:

“If I Ran The Zoo

And To Think I Saw It On Mulberry Street

A couple of years ago, it was big news when a shrewish librarian made herself known for rudely returning First Lady Melania Trump’s gift of Dr. Seuss books. Since then there’ve been multiple articles and opinions written about Dr. Seuss. All of whom claim that, had they known he was so racist, they’d never have read nor introduced his books to their children!

Here’s the thing, they are looking at Dr. Seuss solely from the lens of assuming EVERYTHING he wrote and drew is racist.

Did Theodor Seuss Geissel create anti-Japanese cartoons? Why yes, yes he did. Guess what? He wasn’t the only cartoonist out there who did so. Gee, I wonder what was happening at the time of the creations of those cartoons. OH! I know! World War II. A time when this country was at war with Japan! But the scolds today don’t care about putting things into context.

Evidently the use of monkeys in talking about building a zoo is a slam against Africans.

Seuss was also racist because 99% of his characters in his books were white. Does Seuss need to rise from the grave and redraft his books to be more diverse? That’s the magical thinking of these cancellation shrews.

Showing a drawing of a Chinaman eating with sticks is racist. Hellooooo cancel culture! I’ve a question: Where did chopsticks come from?

Showing an Arab Chieftan on a camel when talking about bringing camels into the zoo is…racist.

By the way, what ever you do, do NOT draw any Asians with eyes that slant. You will be immediately branded a racist upon doing so!

This is their argument for cancelling Dr. Seuss:

“Responding to the idea that Geisel was simply a product of his time, they disagree. “[N]ot all White people ‘of his time’ engaged in overt racism or used their platforms to disseminate racist narratives and images nationally and globally, as he did,” they argue. “There are White people throughout history, and of his generation, who actively resisted racism and risked their lives and careers to stand up against it.”

What an utterly absurd reason for cancelling Dr. Seuss! Except that Dr. Seuss isn’t the only victim of this kind of cancellation. Aunt Jemima is no longer, Hasbro absurdly tried to cancel Mr. Potato Head, The Muppets movies now have idiotic disclaimers on them as do a variety of classic Disney movies, books such as To Kill A Mockingbird are being banned, Coke has decided to be less white, and Shakespeare is too white and too male.

The ditch Dr. Seuss because racism gained steam once President Trump was elected. Prior to that, Seuss was mostly ok. Why? Because Obama liked Dr. Seuss.

But now, Dr. Seuss Enterprises caved to the whims of a few and have canceled six of his books. But that won’t be the end of it. You see, those Sneetches? They are more racist than you think!

“At Teaching Tolerance, we’ve even featured anti-racist activities built around the Dr. Seuss book The Sneetches. But when we re-evaluated, we found that the story is actually not as “anti-racist” as we once thought. And it has some pretty intricate layers you and your students might consider, too.

The solution to the story’s conflict is that the Plain-Belly Sneetches and Star-Bellied Sneetches simply get confused as to who is oppressed. As a result, they accept one another. This message of “acceptance” does not acknowledge structural power imbalances. It doesn’t address the idea that historical narratives impact present-day power structures. And instead of encouraging young readers to recognize and take action against injustice, the story promotes a race-neutral approach.”

What tortured reasoning that is! The entire premise of The Sneetches went sailing over their heads because they were so busy looking for racism in every syllable!

The best anti-racism allegory for children ever written. pic.twitter.com/ooVJnMFOap

The emotional instability of a few is not a reason for our entire society to overthrow a culture that values freedom of speech, freedom of the press, and individual responsibility. Anyone who surrenders to our cultural authoritarians is a damned coward.

Those who look for racism under every rock and in every book don’t realize that they are busy deciding who does and who doesn’t get stars upon thars. They are that which they have declared is wrong. They are the Grinches in this cancellation story.

Feature Photo Credit: The Grinch by p3ds3 via Pixabay, cropped and modified