Previous post
Monkeypox Vaccines, Brought to You By Joe Biden

Next post
Taylor Lorenz Loves To Fly And It Shows 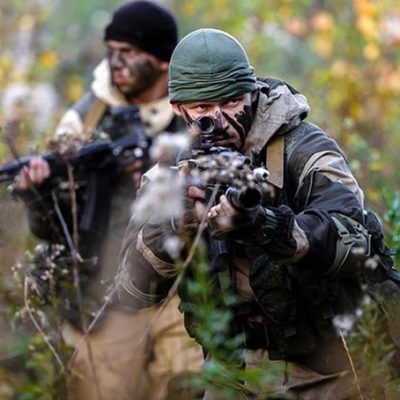 The news came to us last night via The Associated Press: Russia is upping the ante on their use of weaponry against Ukraine. I know, it comes as no surprise that Russia is becoming even more aggressive with Ukraine.

Ukrainian and British officials warned Saturday that Russian forces are relying on weapons able to cause mass casualties as they try to make headway in capturing eastern Ukraine and fierce, prolonged fighting depletes resources on both sides.

Russian bombers have likely been launching heavy 1960s-era anti-ship missiles in Ukraine, the U.K. Defense Ministry said. The Kh-22 missiles were primarily designed to destroy aircraft carriers using a nuclear warhead. When used in ground attacks with conventional warheads, they ‘are highly inaccurate and therefore can cause severe collateral damage and casualties.'”-David Keyton and John Leicester, Associate Press

But…but…but…President Biden said Russia will not use nuclear warheads when at war with Ukraine. In fact, he saw “no indication” of the sort to lead him to the conclusion that Russia will use nukes against Ukraine. That’s why his administration is only offering the medium-range missiles or something.

And even as Russia has been apparent and as subtle as a sledgehammer in ramping up the aggression towards Ukraine, Biden remains oblivious. He was hailed as having “strategic empathy” on the foreign affairs front. Really? We are now masking overt senility as “strategic empathy”? I guess if it’s The New York Times‘ truth, then they own it as their truth. Letting Russia bomb Ukraine and offering up medium-range weapons? “Strategic Empathy”.

This is the narrative our media outlets are going along with, I guess. And his supporters, even more so…are calling him an “expert” on the foreign front but on national affairs as well:

.@SecRaimondo: “No one knows more about national affairs than President Biden, and I would say that he is very serious when he says he’s going to use every arrow in his quiver in order to bring down gas prices for Americans.” pic.twitter.com/Hk2eGjhbSj

Nearly 800 children have been killed or wounded in Ukraine since the beginning of Russia’s invasion, Ukrainian authorities said Saturday.

Russian-installed officials in Ukraine’s southern Zaporizhzhia region have set up a company to buy up local grain and resell it on Moscow’s behalf, a local representative told the Interfax news agency on Saturday.-AP News

Think Soviet-era famines here. And as Russia flexes more of their weaponry at Ukraine, and their arsenal gets stronger by the day, Americans here in The United States are marching to disarm other Americans. They call it the “March for Our Lives”. They say they “march” for our children. Supporters in our nation go blindly along with the rhetoric that disarming our Nation is the answer to all of the wrongs of the world. I guess this is part of the Biden Administration’s “Strategic Empathy” as well, right? And Biden, is using “every arrow in his quiver” right now to make sure we stand strong as a Nation.

@SecRaimondo – please stop smoking hunter’s crack!! Making you look dumber than noodle-brain biden..and that’s saying a LOT!!! The only time he “quivers” is when he sh1ts his pants

We, here in The United States are still removed from the day-to-day tragedy that is unfolding in Ukraine. But, rest assured, Biden’s “Strategic Empathy” and his expertise at domestic and foreign policy are just a few “arrows” in his “quiver”.

Mr. Prime Minister, I’m looking into your eyes. I don’t think you have a soul.”-Joe Biden to Vladimir Putin, 2009

And that soul-less individual is attempting to crush the soul of Ukraine. Joe, we look into your eyes and we don’t think you have a brain. We have soul-less and incompetent to reckon with here in the U.S. And as Russia begins to flex more weapons, this can prove to be very dangerous to us on the Homefront as well.