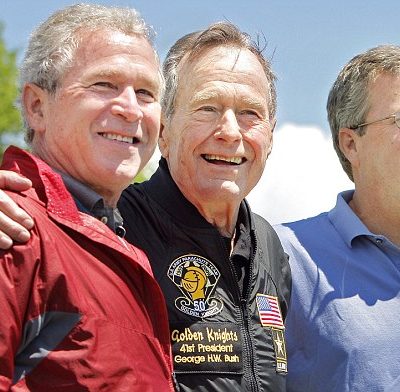 Next post
Election 2016: Presidents Bush 41 And 43 Will Not Endorse Donald Trump 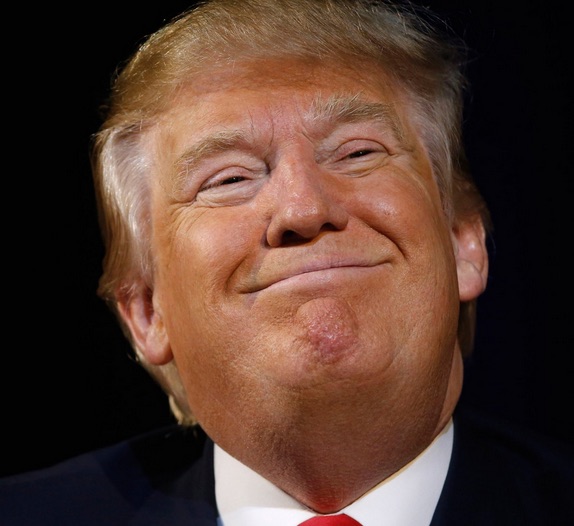 Donald Trump is pro-life. He has to be if he wants to run as a Republican. It’s just that, well, he’s not really pro-life, not in the way a man with unwavering conservative principles is. How do I know this? Because if he were, he’d be able to recite his core position on abortion like it’s second nature. Remember a couple of weeks ago when he spewed this nonsense?

A collective groan across the political spectrum could be heard from space!

But wait, it gets better.

So to clarify that craptastic faux pas, he called in to MSNBC—the lion’s den where the gotcha questions lie in wait—and tried to clear it up. Behold the Big Brain:

Here’s the transcript in case you’re as sick of watching him butcher bedrock conservative principles as I am:

WILLIE GEIST: What about what you told Chris Matthews a few weeks ago, which is that women who get abortions should be punished? Do you still believe that to be true?

TRUMP: No, he was asking me a theoretical, or just a question in theory, and I talked about it only from that standpoint. Of course not. And that was done, he said, you know, I guess it was theoretically, but he was asking a rhetorical question, and I gave an answer. And by the way, people thought from an academic standpoint, and, asked rhetorically, people said that answer was an unbelievable academic answer! But of course not, and I said that afterwards.

Well, to his credit, and from a rhetorical perspective, a rhetorician might find Trump’s rhetoric worthy of an entire doctoral thesis on the theory of rhetorical rhetoric in oratory theory by master rhetoricians who study rhetoric…or something equally clear as mud.

That, my friends, is the verbal vomitous of a man with precisely zero core principles. It’s the answer of a third-grader who, having not studied for his civics pop quiz, answers that the Supreme Court investigates email servers and passes laws. And it’s why, in a one-on-one debate with the felon, Hillary Clinton, he’ll look like the abject amateur he is, and she’ll look like a shining star of expertise by comparison.

And we have no one to thank for this Trump TrainWreck but a fawning media (cough, Sean Hannity) who left him thoroughly unvetted, and the resulting millions duped into giving him their vote.