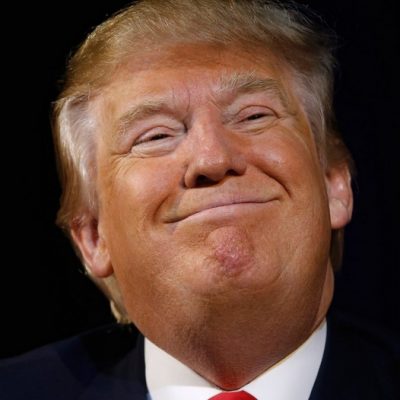 Election 2016: Presidents Bush 41 And 43 Will Not Endorse Donald Trump 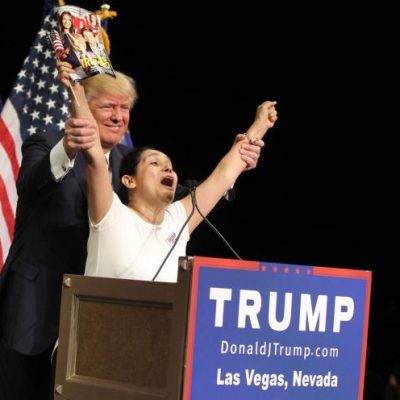 Next post
Quote of the Day: Trump Loves Hispanics!

Election 2016: Presidents Bush 41 And 43 Will Not Endorse Donald Trump 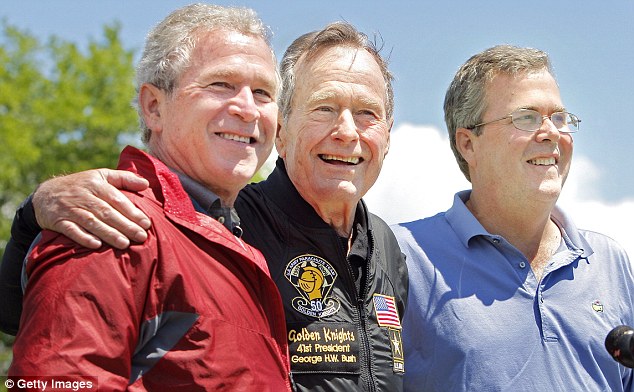 The 2016 Presidential Campaign election cycle has been turned upside down in more ways than one. Who could’ve seen the Trump vs Hillary matchup, coming? No one did. The reaction to the “win” in Indiana on Tuesday night has been a cross-section of disbelief, ‘I told you so’s,’ ‘did that really just happen?’, anger, dismay, glee, and vicious attacks from all sides. Trump didn’t help matters with his victory speech, comments, and late night tweets either.

Now, as the dust starts to settle, a whole new set of conundrums has entered the mix. Political power players from Congressmen, to Senators, to former leaders, and even former presidents are being asked this question: Will you endorse Donald Trump for President? 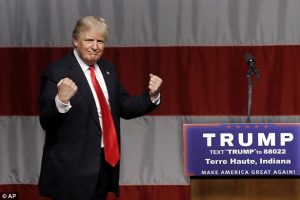 AN OPEN LETTER
to those disappointed in both of our presidential candidate choices:https://t.co/vbwOi1UGhg

There are two who’ve now said an unequivocal no to endorsing or even getting involved in anymore of the circus madness that is this campaign cycle.

For the first time since his own presidency, George H.W. Bush is planning to stay silent in the race for the Oval Office — and the younger former president Bush plans to stay silent as well.

Bush 41, who enthusiastically endorsed every Republican nominee for the past five election cycles, will stay out of the campaign process this time. He does not have plans to endorse presumptive GOP nominee Donald Trump, spokesman Jim McGrath told The Texas Tribune.

“At age 91, President Bush is retired from politics,” McGrath wrote in an email Wednesday. “He came out of retirement to do a few things for Jeb, but those were the exceptions that proved the rule.” His son Jeb Bush dropped out of the GOP presidential race in February.

Bush 43, meanwhile, “does not plan to participate in or comment on the presidential campaign,” according to his personal aide, Freddy Ford.

Can you blame them? I don’t. They stayed mostly out of this campaign cycle save for a few appearances on Jeb’s behalf. Yes, Jeb ran a horrible campaign and did not fare well during the endless debates we were subjected to. Yes, Donald Trump went after Jeb no holds barred – which is enough to tick off any member of the family – especially when Trump went after Barbara Bush. 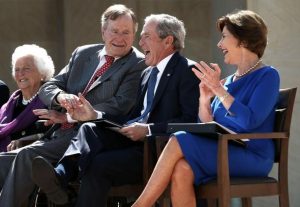 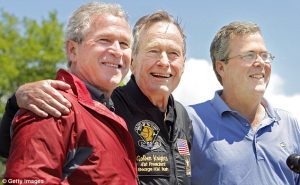 Neither President Bush ever engaged in personal attacks, during any of their own campaigns nor while they were campaigning for others.

The closest came when George W. Bush once said that in his experience, “the strongest person usually isn’t the loudest one in the room.”

I’m sure some will view their non-endorsement as crying over spilt milk. Others are pointing out that its emblematic of the divisiveness of the GOP. But you know what? There is nothing in any rule book anywhere that says just because someone is the presumptive nominee then the political powers that be must line up in lock step. No, you don’t, and Presidents Bush have just demonstrated that in spades.

The rest of this 2016 Election cycle isn’t going to be pretty at any level. I applaud Presidents Bush 41 and 43 for deciding not to crawl back into the piranha tank that is this year’s Presidential campaign.