Previous post
The Hubris Of 'Lincoln' Liz Was Her Downfall

Next post
Marjorie Taylor Greene Takes the Lead On Gender Dysphoric Children Head On, Will the GOP follow? 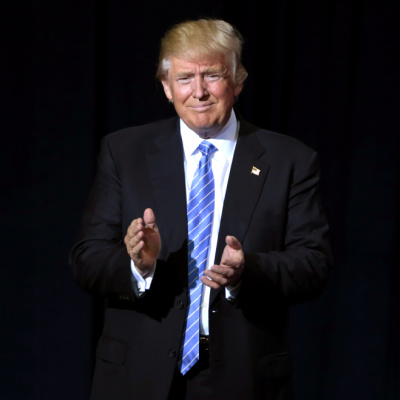 Former President Donald Trump is gloriously messing with Democrats in New York by making endorsements in their primary races. And given how the Democrats have poured money into Republican primaries, this is a well-deserved bit of trolling.

In fact, this particular type of trolling where Donald Trump is concerned goes way back. Remember when the Democrats wanted Trump to be the Republican nominee because they figured that Hillary Clinton could beat him? They lived to regret that in spades.

And they still haven’t learned, as the Democrats openly and gleefully were running ads and pouring money into Trump-backed candidates in primary races during this midterm cycle in the hopes that they would be the most beatable candidates.

Democrats have spent at least $43,885,000 on advertising campaigns in races across six states. While the tactic has struggled to see success in congressional races, their efforts to highlight candidates who they believe will be easier to defeat in the general election finally paid off this week after Michigan Representative Peter Meijer was ousted by John Gibbs, who was endorsed by former President Donald Trump.”

Meijer, one of 10 House Republicans who voted to impeach Trump, would have been a more formidable opponent for the Democratic Party in the general election. So, the Democratic Congressional Campaign Committee (DCCC) spent $435,000 on ads promoting his primary opponent to Republican voters as a candidate “handpicked by Trump to run for Congress.”

It’s the classic example of Democrats wanting it both ways. Trump and all the candidates he has endorsed are the most dangerous threat EVER and can’t be elected, but Democrat leadership is spending money to make sure those same candidates get into the general elections because Democrats think they can beat them more easily.

Well, enter Donald Trump, who is more than happy to introduce a little chaos into the Democrat primaries in New York state without spending a dime. He got on Truth Social on Wednesday night and had some fun with some hotly contested primary races. Remember how the lines had to be re-drawn in New York after they lost a congressional seat, pitting current House members against each other and making for some tight Democrat primary races? Donald Trump remembers. And he decided to make some “endorsements.”

“Lawyer Dan Goldman is running for Congress, NY-10, and it is my great honor to Strongly Endorse him,” Trump stated in a Truth Social post Wednesday evening. Goldman, who is running to represent a district that includes part of Manhattan and Brooklyn, represented Democrats in the first impeachment trial of Trump.”

“I do this not because of the fact that he headed up the Impeachment Committee and lost, but because he was honorable, fair, and highly intelligent. While it was my honor to beat him, and beat him badly, Dan Goldman has a wonderful future ahead,” Trump stated.”

Trump’s apparent sarcasm continued, stating that Goldman “will be very compassionate and compromising to those within the Republican Party, and will do everything possible to make sure they have a fair chance at winning against the Radical Left Democrats, who he knows are destroying our Country. I would like to thank Dan for fighting so hard for America, and for working so tirelessly to stop “Trump.” He was not easy to beat, but winning against him made me realize just how very talented I am!”

Trump went on to endorse another candidate to represent an area of New York City, Carolyn Maloney.”

“A vote for Carolyn Maloney in NY-12 is a vote for the future! She is a kind and wonderful person, who has always said terrific things about me, and will support me no matter what I do, just as I supported her very early on. She begged for a check with no quid pro quo, and I gave it to her. In fact, I gave her many,” Trump said.”

“On the other hand, Jerry Nadler is likewise a hard driving man of the people, whose energy and attention to detail is unlike anyone else in Congress,” Trump wrote. “He is high energy, sharp, quick wittted, and bright. You can’t go wrong with either, but Carolyn Maloney is the better man. She will lead our Country into a very GREEN and prosperous future. Carolyn has my Complete and Total Endorsement, she will never let our Conservative Movement down!”

Cue the chaos as those Donald Trump did NOT mention start to use those “endorsements” to slap their Democrat rivals. Get the popcorn.

I’m proud that Donald Trump has nothing positive to say about me because he knows how much more effective a new generation of diverse, energetic Democrats will be in stopping his agenda. https://t.co/C7WYqpux2x

My opponent Dan Goldman is endorsed by Donald Trump.

Trump says he's backing Goldman because he wants progressives to lose and because Goldman failed to hold him accountable the first time. New York should not send this man to Congress. pic.twitter.com/OfEk9e3GZc

Naturally, Goldman and Maloney are both running as far away as possible from Donald Trump.

Goldman’s campaign, meanwhile, claimed it was an example of Trump trying to meddle in an election.”

“Last week Donald Trump attacked Dan Goldman, who led his impeachment. Now he’s pretending to endorse Goldman. True to form, Trump is trying to meddle in an election,” his campaign said in a statement. “This is a pathetic attempt at fooling Democrats who are far smarter than Trump is, and it’s clear that only one candidate in NY-10 is living rent-free in Trump’s head. Buckle up Donald. Dan’s coming for you.”

“This is laughable and I reject any endorsement from Donald Trump. Trump doesn’t respect women. He instigated the attacks on January 6th and claimed that the 2020 election was a big lie,” she said. “He should be more concerned about the investigation I’m leading as Chair of the Oversight Committee into the storage of his classified documents at Mar-a-Lago. Thanks, but no thanks. I’ll pass.”

There is less than a week before the New York primary. I imagine that these “endorsements” by Donald Trump are going to cause some headaches for these Democrats. Which, frankly, is no more than they deserve at this point.