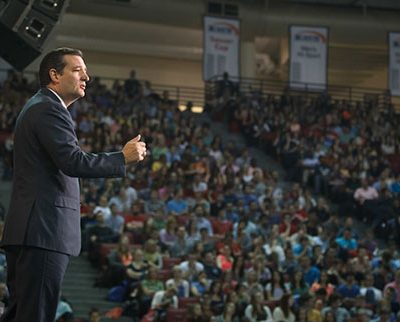 Next post
Quote of the Day: "Don't Give In to Evil" 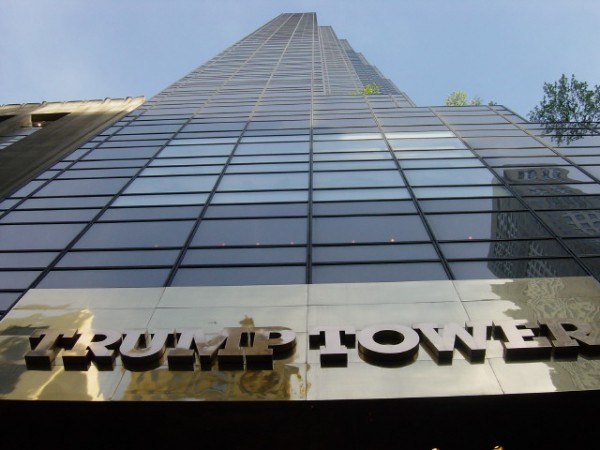 On the campaign trail, Donald Trump has criticized President Obama’s deal with Iran, saying “Obama negotiated this horrible deal with Iran. It’s a bad deal, and when I get to Washington, there won’t be bad deals anymore. I’m a great deal-maker.”

It’s true that the Iran deal is a bad deal for the United States. What’s not true is that Donald Trump is a great deal-maker.

Timothy O’Brien points out that “the reality, the objective reality, is that he’s been a horrible deal-maker. His career is littered with bad deals. . . . He’s not someone who’s a particularly adept deal-maker, if you look at his whole career.”

In fact, during the early 1990’s Donald Trump was a business failure, and almost had to declare personal bankruptcy.

In the early days of his business career, Donald Trump was a real builder, with a focus for detail. Wayne Barrett says,

“He was at the Hyatt site every day, on the site, checking out every detail. He was a manager and a builder, inherited from his father. I mean, look at the projects he built in the early days of his life. But fundamentally, he hasn’t built anything since my book came out. I mean, he’s not really a builder anymore. He sells his name.”

Timothy O’Brien adds that “Trump Tower was really the apotheosis, or the apex of his career.” 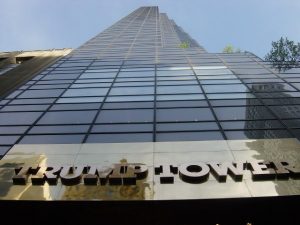 So during the 1990’s, Donald Trump made the transition from being a true builder, a master of industry, to a self-promoter. And it was his brilliance at self-promotion that kept him from going under financially, as well as keeping banks from putting him under.

As Harry Hurt put it, “He was the original “too big to fail”, with Wayne Barrett adding, “He’s the consummate example of what his voters rail against.”

So by the time the first bankruptcy comes up, the brand is the thing that don’t want to let go of. They don’t want to foreclose and not have the name, which is so counterintuitive that the mind boggles. Like, wait a minute. This guy is in corporate bankruptcy, but his name — but that’s how it was. He could get the over-the-barrel piece for the banks, and he’s been doing it ever since. It’s the over-the-barrel piece which he did with the Republican Party now. How do get them so they can’t get rid of you, they can’t let you go? And he’s really good at that.

Barrett adds that the banks were also culpable for not doing their due diligence in examining Trump’s financial records: “Well, the thing was the banks wouldn’t complain, either. When they cut the deal with him, if they didn’t go on to a prosecutor — I mean, all of the financials that he gave the banks were totally false. . . . They were so embarrassed that they never went to a prosecutor. Clearly, there could have been a case made.”

But this is just business and politics as usual amongst the New York elite. Michael D’Antonio:

But isn’t this sort of consistent with the way the game of politics was played by his father and the politicians and the clubhouse people? It’s like, if I bring you into my web of deception, now you’re part of it. Now, where do you go for redress? You have no options. You have to stay with me and see it through to the end, because I’ve got you as a partner. You’re now colluding with me.

(And yet on the campaign trail, it’s Donald Trump railing at his political rivals and the Republican Party for “colluding” against him. Oh, the irony is rich!)

Donald Trump limped along during the 1990’s, relying on banks who were willing to forego his bankruptcies and fraudulent financial records because Trump is “too big to fail,” and because, it’s Trump.

Burnett, producer of Survivor, was an Irish immigrant to the United States, barely holding on by selling blue jeans in California. He read a book called The Art of the Deal by one Donald J. Trump, and became inspired, thinking “Wow, this is the bible on how you make it in America.” Years later, after Survivor became a hit and Burnett a major player in TV, he went to Trump with the idea of creating a TV show loosely based upon The Art of the Deal. And voilà — The Apprentice was born, a show promoting glitz, glamour, and hope to become the next Donald Trump.

Politico writer Susan Glasser adds, “So it’s a TV show about a book about a guy who was an invented character — that’s now led to a campaign based on the TV show based on the book.”

It’s disconcerting to think that a major political party just might be putting forth the guy who is adept not at being a master of building, or industry or finance, but of self-promotion, as its standard-bearer to run for the highest office in the land.

Part 2 of our four-part series on Donald Trump, “Trump 101,” based on “Trumpology: A Master Class” and “Tales from the Tabloids,” both from Politico Magazine’s online May/June edition.

Tomorrow we continue with Part 3 of Trump 101: Does Donald Trump Have Mob Ties?