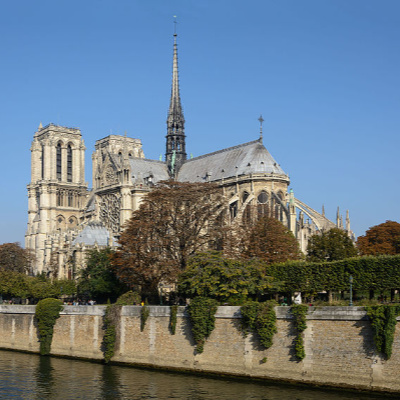 Previous post
Notre Dame And The Necessity Of Rebuilding 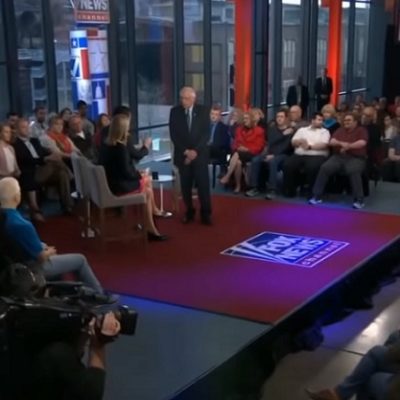 Next post
Democrats Now Want To Be On Fox News 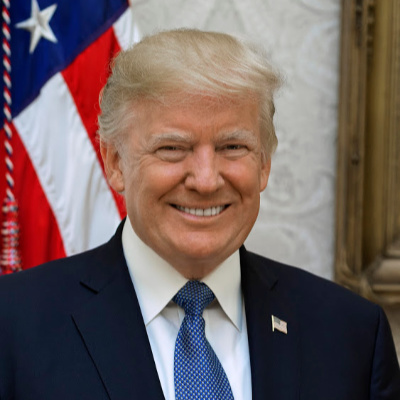 T’was the night before The Mueller Report release and Members from the House were scrambling for microphones, all foaming at the mouth. Their eyes were on fire, their cheeks were all puffed. How dare Justice brief the President they huffed. Alright. Alright. That’s enough of that. But, it’s true. Democrats’ dreams of impeachment hearing sugarplums have turned into poop emojis. Mueller Report Release Eve has unhinged the previously unhinged Democrats. They are unhingiered than you would have thought possible.

The Justice Department announced a 9:30 a.m. presser with Attorney General Bill Barr and Assistant A.G. Rod Rosenstein ahead of the 11:00 a.m. Report delivery to Capitol Hill. Immediately, Democrat heads began exploding across the country. Across the country because our Congressweasels were on vacay for Taxation Day. And, speaking of bad timing, remember that Rod Rosenstein had planned to leave the Justice Department by mid-March but stayed to help Barr with the transition. You can probably hear Rosenstein muttering “F**k my life” all over D.C. Gotta either feel sorry for that poor sod or figure that Karma is slapping him upside his head.

So, the 9:30 a.m. presser is announced and San Fran Nan (aka Speaker Pelosi) took time from her official visit to Ireland (giggle snort) to Tweet:

Speaker Nancy Pelosi said Barr had “thrown out his credibility & the DOJ’s independence with his single-minded effort to protect @realDonaldTrump above all else.“

“The American people deserve the truth, not a sanitized version of the Mueller Report approved by the Trump Admin.

Well, that was just a big old slop bucket of ugly. Merry Mueller Report Release Eve to you too, Jerry.

The only pushback against Nadler that I could find came from Ranking Member of the Judiciary Committee, Doug Collins:

“The only person trying to spin the report is @RepJerryNadler,“ Collins tweeted. “The AG has done nothing unilaterally. After partnering with DAG Rosenstein to share principal conclusions, Barr is releasing the report voluntarily, working with Mueller’s team step by step.“

You would think, from listening to the Democrat Congressweasels that the Executive and Judiciary branches of government report to them rather than being co-equal.

Represetative Hakeem Jeffries took the prize with his “Keep your mouth shut” tweet: 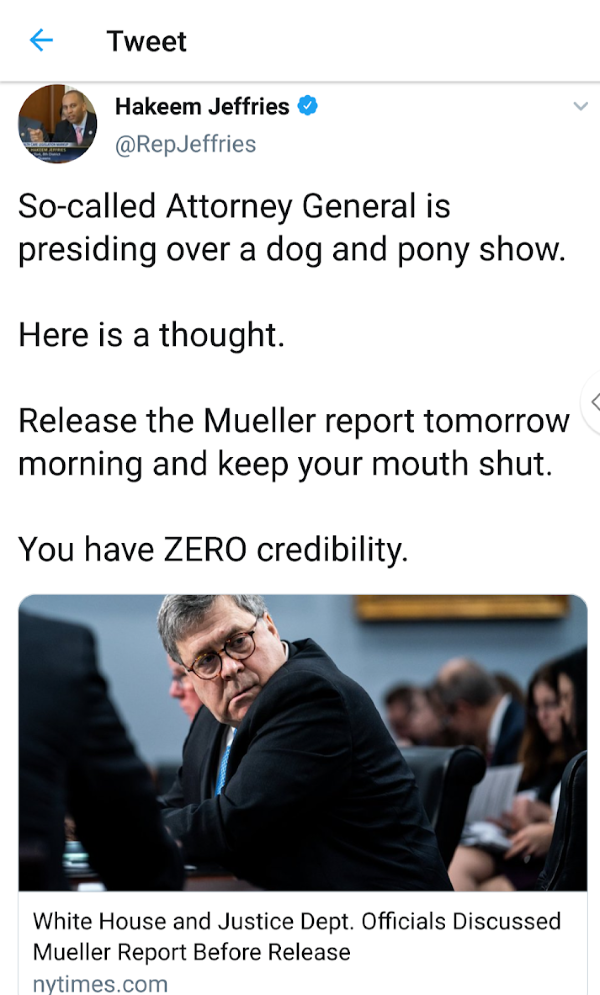 And, the sheeple bleated, “Amen”. 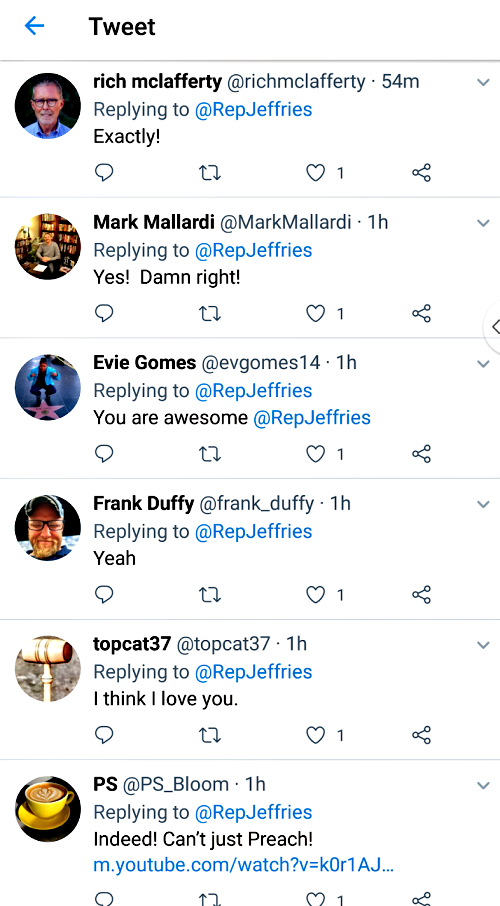 The Democrats have waged a campaign against President Donald Trump since he first rode down the elevator at Trump Tower and now they are seeing their Impeachment Dreams fall apart. No sugarplums for you.

The Dems have got to keep this going though. It’s all they have got. As CNN reported, subpoenas are at the ready:

Congressional Democrats have already authorized a subpoena for the full report and the underlying evidence, and they urged Barr to change course and provide them an unredacted version. They’re likely to move forward now with the subpoena, which could spark a court battle between House Democrats and the Trump administration.

It’s gonna get even uglier from here everyone. Have your flak jackets at the ready. Look out for incoming!

Happy Mueller Report Release Day to all and to all a good day.