Next post
The Hill: Unvaccinated Americans Need To Be Accountable 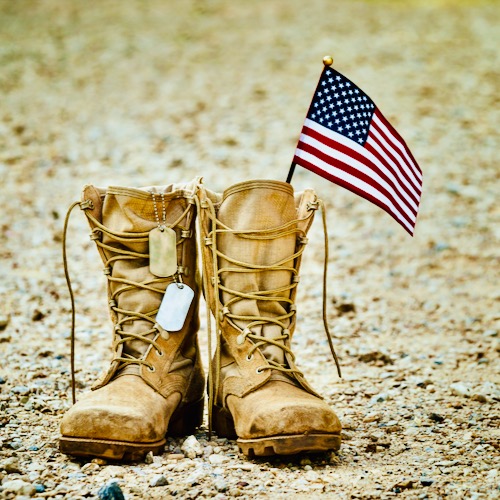 The suicide epidemic within our nation’s military is worse than we all thought. It isn’t just the veterans who are committing suicide in greater numbers, it is the active duty military who are as well.

Over 150 members of the U.S. military took their own lives in the third quarter of 2021 which represents a greater total than the number of service members who have died from the coronavirus since the start of the pandemic.

According to data released by the Pentagon, 163 service members committed suicide in Q3 of 2021 which broke down into 70 active service members, 56 reserve members, and 37 members of the National Guard.

Stop and think about that for a very long moment. In just ONE quarter 163 active duty soldiers committed suicide. 163 lives are gone, forever.

These are soldiers who work to keep our country safe. But who is keeping them safe from the demons within?

Who is keeping them safe from all the negativity that is encompassing our military? Currently the military is heavily invested in blathering about equity, climate change, and dealing with major extremism within the ranks.

The banned activities range from advocating terrorism or supporting the overthrow of the government to “liking” or reposting extremist views on social media. Previous policies banned extremist activities but didn’t go into great detail. https://t.co/jGCDWDE3jq

Dear Woke command staff, do you know what would be extreme?? Pulling your heads out of your ass and realizing that YOU have been the ones driving military morale into the gutter these past years. Morale is not fixed by endlessly chanting woke mantras and holding diversity and equity briefings. It is fixed by ensuring all soldiers are fit (physically AND mentally) and are ready for duty.

The military has known for several years that morale is low among the troops. Since the asinine overreaction to Covid, the morale is, I dare say, non-existent among many. Command staff has KNOWN this has been a problem!

The number of U.S. military suicides jumped by 15% last year, fueled by significant increases in the Army and Marine Corps that senior leaders called troubling. They urged more effort to reverse the trend.

According to data released Thursday, there were 580 suicides last year compared with 504 the prior year. Of those, the number of suicides by Army National Guard troops jumped by about 35%, from 76 in 2019 to 103 last year, and the active duty Army saw a nearly 20% rise. Marine Corps suicides went up by more than 30%, from 47 to 62; while the Marine Corps Reserves went from nine deaths to 10.

That was a news report from this September about the 2020 stats! Now, we have the reports from 2021 Q3. What are the months of Q3? July-September. I shudder to think what the Q4 stats will be given the fact that there have been a great many suicides among active duty and veterans since the Afghanistan debacle.

Nearly twice as many members of the U.S. military died of suicide over three months this year (July-Sept) than have died of covid during the entire pandemic, new Pentagon suicide report for Q3 shows

476 members of U.S. military have committed suicide this year.

Exactly how many have died of/from Covid since the pandemic began? 86. That’s all. Yet what are our command staff doing about it? Not one damned thing.

Instead they are crowing about kicking active duty military to the curb for refusing to get vaccinated.

On Thursday, the Army said 98% of its active duty force had gotten at least one shot, but that more than 3,800 soldiers flatly refused and could start being removed from the military next month.

The Marine Corps said 95% of its force has gotten at least one dose as of Thursday. About 97.5% of the Air Force and Space Force have gotten at least one shot, and a bit more than 1,000 have flatly refused. And 98.4% of the Navy is fully vaccinated. The Navy does not release totals of those with one dose.

Asked about the impact on military readiness if service members continue to refuse the shots and are discharged from the service, Kirby said troops still have time to do the right thing.

Do you want to talk about military readiness??!! Can our military afford to have another 476 active duty soldiers, Reserve, and National Guardsmen commit suicide? NO, our military can’t afford to lose those men and women. Our country cannot afford this.

Let’s revisit military readiness for a minute. Here we have a woke military, led by a vaccinated Sec Def who just got Covid, who is all in on kicking people out for not getting vaccinated. They are ignoring the exceptionally high rate of suicides within the ranks, and instead bleating on about vaccines.

Do you want to talk about military readiness? Ask the command staff why, when people who’ve been in for 18, 20, 22 years put in for retirement are told, NOPE and are ordered to stay in for another year to two years. Remember, this is a volunteer military. Yet, while suicides are rampant and the military is kicking unvaccinated soldiers out, those who decide to retire are ordered to stay. Quite the morale booster isn’t it?

You know what the existential threat to our military is? It sure as hell isn’t climate change or extremism within the ranks. Nope, it’s the suicide epidemic.