The Left Blames Trump For The Race War They Want 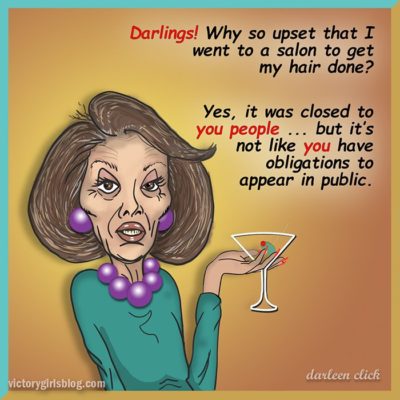 Next post
Pelosi Gets A Wash, Peasants Get The Spin

The Left Blames Trump For The Race War They Want 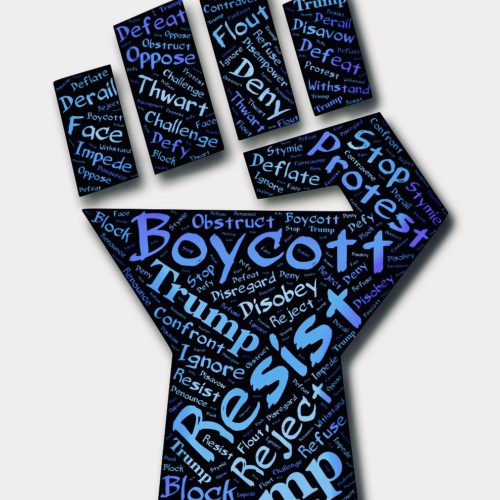 Trump has started a race war! That is the new NEW narrative from the Left. Jennifer Rubin is certain that Trump is the instigator of all this violence.

“The Biden team might have to declare President Trump’s Monday afternoon news conference an “in kind” donation to the former vice president’s campaign. Just hours after Democratic nominee Joe Biden dared Trump to condemn all violence — including White violence — Trump defended the White militia member who allegedly traveled across state lines, killed two people and was charged with murder in Kenosha, Wis. The president suggested this was all in self-defense, the same argument the alleged killer’s attorneys are trying. Trump also argued that the paintball guns his supporters fired at peaceful protesters in Portland, Ore., were fine, because they did not shoot bullets. That made them “defensive.”

In other words, Trump confirmed everything Biden had accused him of — fomenting violence, egging on white supremacists, seeking advantage by stoking White fear and encouraging police abuse. (Trump still has yet to condemn the shooting of Jacob Blake or to even speak with his family.)”

Number one, as near as I can tell, young Kyle Rittenhouse is not a member of the militia. Other than the Democrats and media deciding that because he champions Blue Lives Matter, I’ve seen nothing that suggests the 17 yr old is the member of any militia group. But you see, facts don’t matter to the media. One would think they would’ve learned their lesson with Nicholas Sandmann, but NOOO. They just keep up with the gaslighting and insinuations w/o any facts to back them up.

Secondly, Jennifer and the rest of the jackass media wants viewers and readers to ignore the criminal histories of the so-called victims that Rittenhouse shot. How anyone is able to defend a pedophile and attackers who were carrying guns is just baffling. Then again, is IS the media!

April Ryan is all over this narrative.

Number one, as many point out, kind of difficult to instigate a race war in Portland or anywhere else when a majority of the looting agitators in Portland are and have been…white.

This is the very same media that is literally gaslighting the cities that have been burning for the last three months. Portland is fine and dealing with nice peaceful protests, until a Trump supporter gets shot and killed. Never mind that thugs have tried to burn down federal buildings, police precincts, three attempts thus far, and have destroyed multiple businesses. All is FINE according to our media betters!

CNN has been a prime example of gaslighting. Running actual news reports citing that the protests are peaceful while a business burns behind you is a prime example. Chris Cilliza a whining about Trump while highlighting another burning business is another example.

The New York Times has jumped all over the narrative as well. This was a headline from today.

“As Guns Get Drawn at Protest Sites, Demonstrators Fear a Volatile New Phase
As right-wing groups increasingly move to confront unrest in cities, clashes are breaking out between demonstrators with starkly different views on how to keep cities safe.”

Seriously, you cannot make this shit up. According to the article, really nice protestor people have been organizing “security” by advising the rioting cretins to craft shields from 55-gallon drums and buy bullet proof vests so they can continue to demonstrate against racial injustice and not get injured by those mean ole police people. Oh and they also need to defend themselves against those horrific right-wing activists …evidently by shooting one who was unarmed.

Just unbelievable framing. 3 months of left-wing groups committing daily violence and media’s only narrative is that the real threat is just on the right. https://t.co/6Qhg8FKcHh

The media ALSO refuses to recognize and call out the incompetence of the Democrat mayors and governors who have sat idly by while their cities burn down. Instead the media readily cheers when the Portland Mayor, whose condo has been the sight of attacks for the last three nights running, throws a tantrum about Trump.

As long as the “outside agitators” stay away from DC, the peaceful protestors will have nothing to fear. I couldn’t help but laugh at that given that nearly EVERY SINGLE protest since the Trump Inauguration has been violent!

The Left wants a race war against the Right. They absolute do NOT want to be called out for their roles in what is happening in this country.

it’s intellectually dishonest to believe that only one side is responsible for the violence.

tell that to the family of David Dorn or the Trump supporter who was shot and killed in Portland this past weekend.

both sides have blood on their hands. that’s just a fact. https://t.co/8JGtBcXozT

As long as the protests, no matter how violent and destructive they are, are conducted in the name of racial justice, then the media will continue to be their cheerleaders. The media wants a race war, and are happily encouraging insurrection. Why? Because they are hoping and praying those mobs will vote for Joe Biden in November.