The Insurrection Act: Is It Time For Trump To Invoke It? 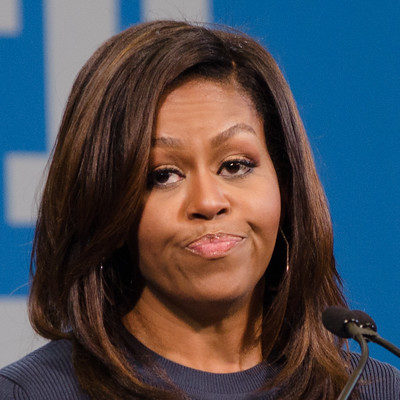 Next post
Michelle O and the Giant Chip on Her Shoulder

The Insurrection Act: Is It Time For Trump To Invoke It? 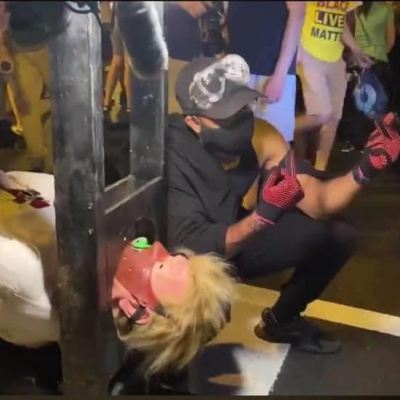 Last night, after President Donald J. Trump gave the acceptance speech for his renomination as the Republican candidate is when the real action started. Although the speech was too long and teleprompterish, there was nothing incendiary in his speech. Nevertheless, a mob attacked quite a few people and even guillotined an effigy of the President. It may be time for the President to invoke the Insurrection Act.

While most of us are still afraid to go to a restaurant, we have watched as Democrat-led cities have burned, Federal property vandalized, and police and innocents have been attacked and some killed. Who could watch Ann Dorn’s testimony last night and not be moved? The Mayors of these Democrat cities tacitly give approval for the mayhem, and Joe Biden’s staff has donated to a group that bails out the looters and thugs.

By the definition of the word, we are seeing an insurrection (an act or instance of revolting against civil authority or an established government) in each of these cities. These droogs are violating the peace of the cities and denying the civil authority that is one of the duties of citizenship.

Senator Rand Paul and his wife were attacked after the Republican National Convention ended, and the video is difficult to watch:

It doesn’t matter to the wildings that Senator Paul is the author of the Justice for Breonna Taylor Act to stop no-knock warrants. If it hadn’t been for law enforcement, the mob would have killed Senator Paul and his wife and staff. At the end, the cretins are screaming in the face of the officers. Ted Cruz tweeted: “What happened to Rand & Kelley tonight (and numerous others exiting the RNC) was wrong,” Sen. Ted Cruz (R-TX) wrote on Twitter. “The police protecting them were heroic, but this needs to stop. This is very close to escalating to serious violence.”

The crowd swarmed Representative Brian Mast, who is a double-amputee. The former bomb disposal tech was not cowed:

This is the abuse he faced last night in Washington DC from BLM/Antifa Marxists. pic.twitter.com/lKwGCiKd4v

Police escorted several guests and delegates from GOP convention to their hotels, including Georgia state Sen. Vernon Jones, as protesters heckled them in the street. Jones, a Democrat, spoke on President Trump’s behalf. #Dcprotests pic.twitter.com/F9GNBep6KO

I’ll bet you have the questions. I have questions. Who organizes these people? What group is behind it? Are they paid? It’s hard to keep up the kind of rage they show, for months, unless you are being paid. Do they target Democrat cities because they know that the feckless mayors will not do anything? That was rhetorical.

Even though the media, the mob and the Democrats will scream “Facisist“, it may be time for Donald Trump to invoke The Insurrection Act. You can read about the history of The Insurrection Act of 1807 here. Presidents Lincoln, Eisenhower and Bush 41 have each invoked the Act. It is not without precedent. If Little Rock needed the Act, if the Rodney King riots need the Act, then surely the violence against the governments in Portland, Seattle and Washington, D.C. need the Insurrection Act.

The crowd of protesters confronted a woman seated at a table outside a restaurant on 18th Street NW in Adams Morgan and demanded that she raise her fist in a show of solidarity.

“White silence is violence!” protesters chanted, many with fists in the air.

“Are you a Christian?” a protester demanded, yelling into her face.

But the woman, Lauren B. Victor, refused, even after her dining companion complied.

“I felt like I was under attack,” Victor, 49, an urban planner and photographer who lives in the District, said in an interview afterward.

Miss Victor was pursuing her happiness when she was confronted by people who screamed in her face.

The mayor of D.C., Muriel Bowser, had a duty to all of her citizens and visitors to ensure their safety. She was not interested. She appeased and even participated with the crowd. If the mayors and governors will not ensure the safety of citizens, then the President must.

It is time to invoke The Insurrection Act.

Someone just put a fake Trump on the guillotine in front of the White House. There’s a piece of paper on him that says “Ticket – Fascist, Rapist, Criminal”@DailyCaller pic.twitter.com/zOmQ7DgIo0