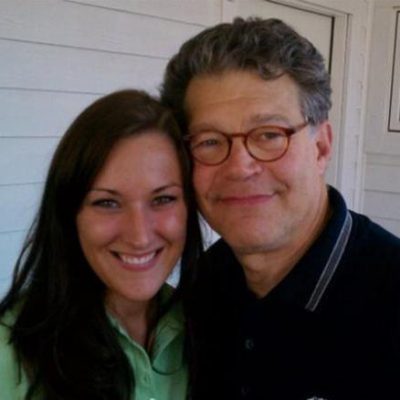 Previous post
Franken "Mistake" Seems to be a Habit [VIDEO] 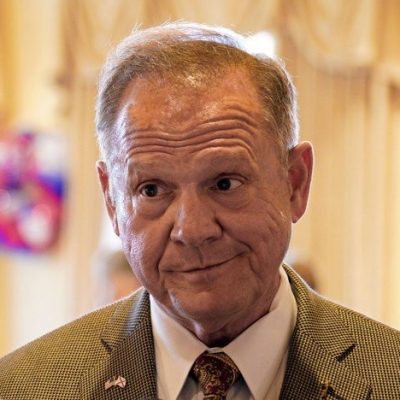 Next post
A Glimpse Into the Personality of Roy Moore 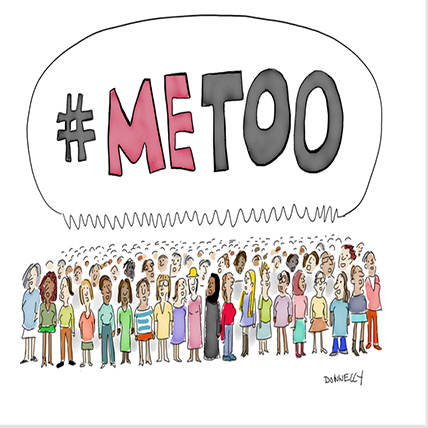 Ever since the dam that once retained the hairy-knuckled lump known as Harvey Weinstein ruptured, the accusations of sexual harassment, and worse, have flown fast and furiously. And they’ve been flying from every which-a-way.

As a fan of superhero flicks, and the resident cosplayer geek here at Victory Girls, I wasn’t saddened by the less-than-stellar opening weekend ticket sales for the newest DC Comics-inspired film, Justice League. Not only does the film sacrilegiously cast Ben Affleck as Batman, but the actor’s been embroiled in his own history of grabby-handedness and lapses in memory with regard to Mr. Weinstein. So this gal made a conscious decision not to further support his work. And now the #MeToo-itis that’s spread like wildfire these past few weeks has set aflame yet another high-profile name: longtime PBS and CBS star, Charlie Rose. Yes, that Charlie Rose:

Holy bejeezus, piss-poor Batman! And if this claim from the WaPo is true, these women are but the tip of a bottomless iceberg:

Sadly, my inbox is already flooded with women who have had similar, disturbing encounters with Charlie Rose. My email is amy.brittain@washpost.com Please reach out if you have any information to share. Our reporting continues. @irin https://t.co/i8fgF8wabB

While I don’t find anything about sexual harassment amusing, Mr. Rose, who’s admitted to some of the accusations, is now suspended until an investigation is complete. And that’s good. He should be, given the gravity of the accusations. Nevertheless, he deserves a fair examination just as anyone else would.

My statement in full. pic.twitter.com/3kvFrqF2dT

Mr. Rose, however, is not alone in newly-unearthed claims of sexual harassment-slash-assault. Another well-known figure—at least in the world of journalism—is now also suspended from his own lofty position: White House Correspondent Glenn Thrush of the failing New York Times.

But wait, there’s more, and it involves a former president, and a private jet dubbed “Air F*ck One.” Need I say more?

"EXCLUSIVE: Bill Clinton is facing NEW accusations of sexual assault by four women while the former president was working with a billionaire playboy and flying on his private jet nicknamed Air F**k One, claims Clinton author"https://t.co/BNrRzRUEtr

I’ll wait while you bleach your eyes.

Slick Willy, the Godfather of Gropery, should be crapping in his Depends right about now. And what does his false feminist idol-slash-fake wife have to say? Well, let’s just say, she hasn’t evolved. Cue the attack dogs:

[Hillary] reportedly offered to hire private detectives to dig up dirt on the women, but Bill Clinton’s attorneys persuaded her to not interfere.

Meanwhile, Al Franken, whose latest accuser has multiple witnesses and credible evidence that she was indeed groped by said pig, is refusing to resign from the Senate. And not one of his colleagues has suggested he step down.

Does no one believe the ACCUSERS??!!

Our elite are monsters.

Seems liberal members of Congress have a much lower bar to clear than their conservative counterparts, while female members from both parties shamefully continue to shield abusers from scrutiny, just as Hillary has done for decades. And doesn’t that speak volumes about the selective morality of our so-called representatives, and far too many of their morally-bankrupt apologists?

Nevertheless, it’s hard to believe that this tsunami of accusations can all be true.

Is it limited to specific industries which, ironically, are filled with the very sanctimonious liberals who say they champion women? Or could this many swines really be lurking amongst us? Could some of these accusations be little more than taking offense at innocent compliments, or friendly invitations for an after-work cocktail? And I don’t ask this lightly. Because I’ve been the target of sexual predators multiple times throughout my life, so I take accusations of same seriously. But I also know that some accusers lie. And before you jump down my throat, no, I’m not suggesting any of the aforementioned accusers are fibbing. That said, we’ve only to remember Tawana Brawley, the Duke Lacrosse team, Mattress Girl, and that now-infamous Rolling Stone rape-hoax article for proof that accusers do indeed cry “Wolf,” and that the accused deserve the benefit of the doubt. Because false allegations harm not only the accused, but actual survivors of sexual predators, some of whom are powerful people who’ve quietly settled sexual misconduct claims (which, by the way, leaves others unaware and thus vulnerable to their predation). So. While the accusations are damning, we shall see if Mr. Rose is indeed a card-carrying member of the Ick Club for Men, or if he’s simply the latest in a long line of the easily-offended looking to jump aboard the latest trend in an effort to be part of the “in” crowd.