Previous post
DeSantis Is The Threat That 60 Minutes Fears 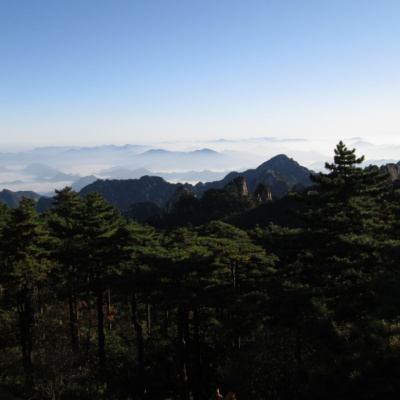 Things are looking pretty good for the Chinese Communist Party. With Dementia Joe in the Oval Office, no one is coming after them for giving us the Kung flu. Their apparatchiks ate Joe’s lunch at the Alaska meeting. And, they get to host the Olympics in 2022. If it weren’t for those pesky human rights abuses against the Muslim Uighurs, it would be all spring rolls and duck for everyone.

Our Kim has done great work covering the Chinese Communist Party’s abuses in Hong Kong and against the Uighurs. Two months ago, Kim wrote that 180 global human rights organizations are trying to get countries to boycott the 2022 Winter Olympics. Well, China’s President Xi Jinping looked over at Premier Li Keqiang and said, channeling Mickey and Judy, “Let’s make a movie musical.” That is how the new Chinese movie “The Wings of Songs” was born.

The plot summary, according to the Guardian:

The movie, whose release was reportedly delayed by a year, focuses on three men from different ethnic groups dreaming of the big time as they gather musical inspiration across cultures in the snow-capped mountains and desertscapes of the vast region.

Trailing the movie, state-run Global Times reported that overseas blockbusters such as “La La Land” have “inspired Chinese studios” to produce their own domestic hits.

But the musical omits the surveillance cameras and security checks that blanket Xinjiang. Also noticeably absent are references to Islam – despite more than half of the population of Xinjiang being Muslim – and there are no mosques or women in veils.

Oof. The Chinese, when they try to culturally appropriate the West, always get it way wrong. The 2016 film La La Land sucked.

Let’s take a peak at the trailer for The Wings of Songs:

That was quite on a par with, um, a lot of really bad movies. In the U.S., at least, when they put the trailers together, they pull all the good scenes to show the gullible population. In China, they don’t even bother.

To paraphrase the movie “Alien”: In China, you can’t hear Uighurs’ screams. And, really, who inside China can complain. The Chinese people, who we truly love, cannot complain for fear of getting cancelled. No one can afford to lose their social credit score.

The Chinese Communist Party thinks that it can put out a little propaganda movie, and we will all forget about the Uighurs suffering. Putting on a good face is what the CCP does. Remember way back to the 2008 Summer Olympics, when the Chinese had the cute girl lip sync to the vocals of the not as cute, but better singer girl. That’s a pretty apt description of China, in general.

Why should we pay attention to what the Chinese do to the Uighurs? Real human rights abuses are why. From the Council on Foreign Relations:

The Chinese government has reportedly detained more than a million Muslims in reeducation camps. Most of the people who have been arbitrarily detained are Uyghur, a predominantly Turkic-speaking ethnic group primarily from China’s northwestern region of Xinjiang.

Human rights organizations, UN officials, and many foreign governments are urging China to stop the abuses, which the United States has described as genocide. But Chinese officials maintain that what they call vocational training centers do not infringe on Uyghurs’ human rights. They have refused to share information about the detention centers, and prevented journalists and foreign investigators from examining them. However, internal Chinese government documents leaked in late 2019 have provided important details on how officials launched and maintain the detention camps.

What happens in the camps?

Detainees are forced to pledge loyalty to the CCP and renounce Islam, they say, as well as sing praises for communism and learn Mandarin.

Some reported prison-like conditions, with cameras and microphones monitoring their every move and utterance. Others said they were tortured and subjected to sleep deprivation during interrogations. Women have shared stories of sexual abuse, including rape. Some released detainees contemplated suicide or witnessed others kill themselves.

Detention also disrupts families. Children whose parents have been sent to the camps are often forced to stay in state-run orphanages. Uyghur parents living outside of China often face a difficult choice: return home to be with their children and risk detention, or stay abroad, separated from their children and unable to contact them.

That’s the nice part of the detention centers. The Insider reported on organ harvesting:

The China Tribunal, a group that’s investigating the organ harvesting, said at a tense meeting of the United Nations Human Rights Council that the Chinese government was taking hearts, kidneys, lungs, and skin from groups including Uighur Muslims and members of the Falun Gong religious group.

The Chinese Communist Party is ruthless and the truth is that large numbers of people die under Communism.

I find myself wondering if companies like Delta, Coca Cola, Apple, Nike and leagues like Major League Baseball and the National Basketball Association will screen “The Wings of Songs” at their shareholder meeting, after they lecture about Racist Republicans.

The hills are alive with the screams of Uighurs, but the corporate office shills can’t hear them over the clinks of coin.