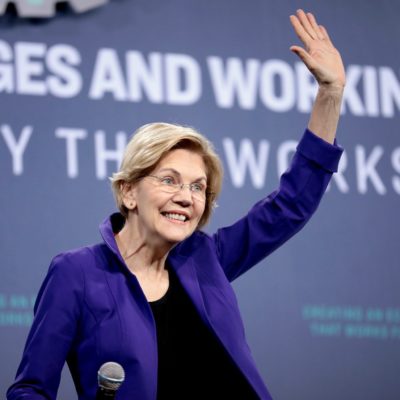 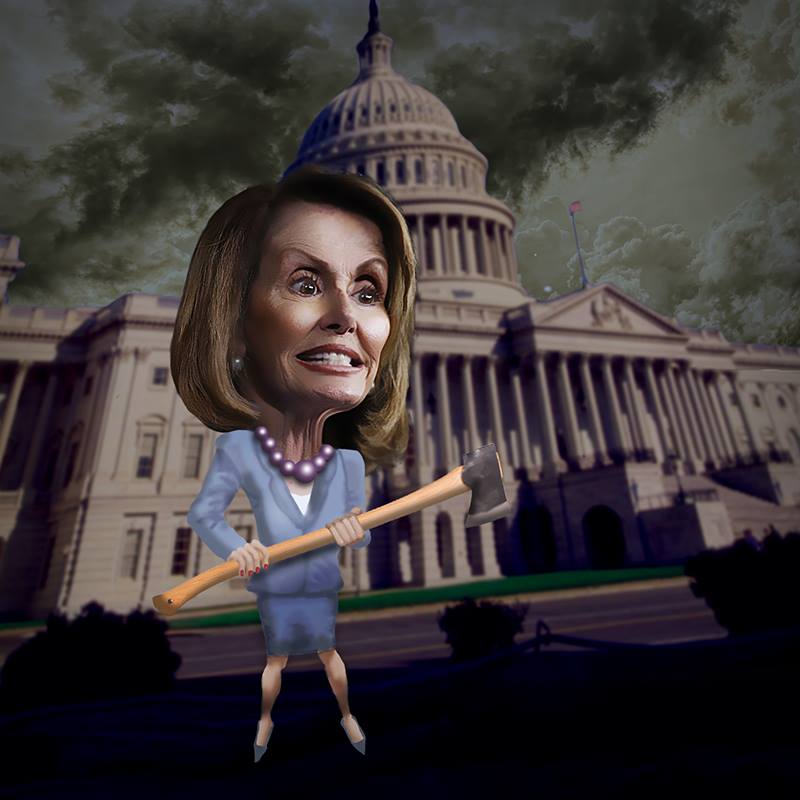 Once upon a time Nancy Pelosi was considered a smart tactical politician. But today, she announced with a sad face that she has asked the House Chairs to move forward with Articles of Impeachment.

Her speech starts at about three minutes in. She immediately invokes the Declaration of Independence. Keep in mind, the colonists told an “oppressive monarch” to go pound sand. According to Nancy, that is what we were going to do with Trump. Oh goody. This farce called impeachment has now moved from obstruction too ‘Trump wanted to be King!’ therefore he must go!

Pamela Karlan must be thrilled that her idiotic and uncivil comment regarding Barron Trump was treated as credible by Pelosi.

Constitutional scholar Noah Feldman: "If we cannot impeach a president who abuses his office for personal advantage, we no longer live in a democracy—we live in a monarchy, or we live under a dictatorship." https://t.co/T7ONhXv599 #ImpeachmentHearings pic.twitter.com/bu9dGqsuvp

First of all, Noah, we live in a REPUBLIC! You, of all people, should know that. Secondly, between you and Pamela, this whole monarchy thing is a load of horse shit. Please show us, in detail, exactly which law Trump has broken. Please show us, again in detail, exactly how Trump has personally benefited from whatever law he is supposed to have broken?

Oh, you can’t show your work? Why is that, I wonder?

Nancy tells us that proceeding with Articles of Impeachment is necessary because we live in a democracy and Trump broke a law somewhere just like King George did. Comparing apples to pineapples is…quite something. But act we must!

““The president leaves us no choice but to act, because he is trying to corrupt, once again, the election for his own benefit,” Pelosi said in remarks at the Capitol.

“The president has engaged in abuse of power undermining our national security and jeopardizing the integrity of our elections. His actions are in defiance of the vision of our founders and the oath of office that he takes to preserve, protect, and defend the Constitution of the United States. Sadly, but with confidence and humility, with allegiance to our Founders and our heart full of love for America, today I’m asking our chairman to proceed with articles of impeachment.””

This is what they’ve wanted all along. This is what Schiff, Nadler, and Pelosi have been working towards since the morning after the election. Heck, I bet Nadler still wants to try and impeach Brett Kavanaugh. A twofer would be just the thing!

Here’s the deal: supposedly the Mueller Report is going to be used as the basis for this impeachment farce.

“From March 2016 to January 2017, the indictment alleges, “Khawaja conspired with Nader to conceal the source of more than $3.5 million in campaign contributions” that appeared in the names of Khawaja, his wife and his company, but that in reality were funded by Nader. “As Khawaja and Nader arranged these payments, Nader allegedly reported to an official from a foreign government about his efforts to gain influence,” prosecutors said.”

Hillary got a lot of money from Nader and Khawaja ($3 million+), didn’t she? Now, keep in mind, the media’s headlines imply that Nader was all in for Trump. Except that he funneled most of the money to Clinton. Furthermore, Mueller knew this witness was involved in child sex trafficking and yet Nader wasn’t arrested until well after the Mueller Report was published?

We are supposed to believe the obstruction issues discussed in the Mueller Report will mean the end of the Trump Administration. I offer up George Nader as Exhibit A as to problems with the report’s credibility.

How far down the rabbit hole have we gone?

In the United States of America, no one is above the law. https://t.co/DGBWf5U564

Yes, she tweeted that with a straight face.

Remember when she said she’d only bring Articles of Impeachment when there is credible evidence and full bipartisan support? That was then, folks. Now, Nancy is leading the demolition brigade.

Our Founding Fathers are rolling in their graves right now.