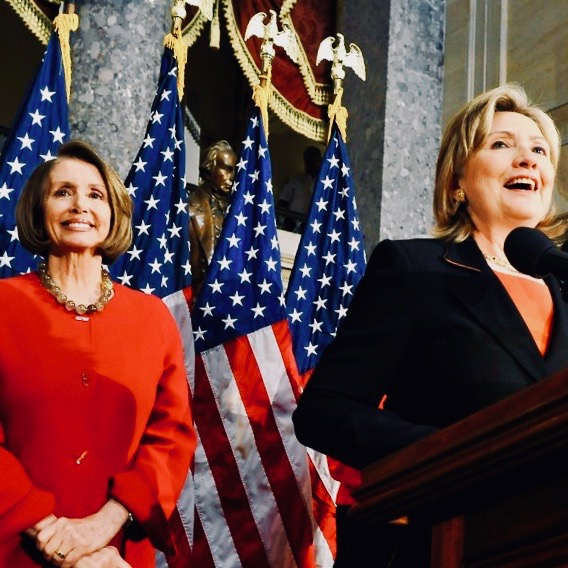 Nancy Pelosi loves that Speaker’s gavel of hers. She believes it gives her the power to end all. So much so that she went on national tv earlier yesterday and accused Trump of covering up major parts of the Russia collusion investigation. Then she threw a tantrum after Trump canceled their White House meeting. Temper Tantrum Part II involves Nancy doubling down on the Trump coverup rhetoric.

““Congress’s constitutional authority and responsibility to conduct oversight of the executive branch have been reaffirmed – again and again.

“Sadly, the President continues to defy Congress’s authority, and engage in an unprecedented cover-up campaign of the facts. Congress has a clear, urgent duty to uncover the truth for the American people on the issues that matter in their lives: from corruption to the Administration’s sabotage of families’ health care to its cruel family separation policy to its welcoming of foreign interference in our elections.

“This is about patriotism, not politics. The President must honor the Constitution and the rule of law, and provide the information we need to find the truth for the American people. We will continue to follow the facts, wherever they take us.””

First of all, Congress, per our Constitution, doesn’t have oversight of the Executive Branch. What Congress DOES have is checks and balances. As does the Supreme Court. Oversight? NOPE. Checks and balances? Yes.

Secondly, the Mueller report – which I’m working through for the second time – doesn’t show corruption as it is currently defined.

Third, immigration and the issues of illegal immigration are something we ALL need to address, but Nancy and crew would rather virtue signal instead of taking real action.

This second temper tantrum in less than a day is unbecoming of gavel happy Pelosi. She literally went on national TV and told the world that Trump has been covering up everything, and then expected to happily waltz into the White House and talk about infrastructure. Quite frankly, after catching up on the days events, I don’t blame Trump for walking out of the meeting. Why would anyone want to negotiate after statements like that? I wouldn’t.

Nancy was blathering on about facts and corruption. About patriotism, not politics, and finding THE TRUTH! Well, Nancy? How about this truth?

Was the FISA warrant ever verified?

Oh, so the answer is no. The information utilized to obtain 4 FISA warrants against Carter Page was never verified. We know that, Nancy Pelosi wants us to ignore that fact because Trump BAD! Hillary GOOD!

Nancy needs to choose better defenders to make her case.

Here’s the thing, what did Trump cover up and when? Where? Thus far, all we are seeing is that everyone else in the DOJ and FBI are the ones scrambling to cover up and cover their asses. Andrew McCabe, James Comey, Brennan, Clapper, Strzok, Page, Nellie & Bruce Ohr, Loretta Lynch… not a single one of those listed is nor has ever been in the Trump camp.

Oh wait! People point to Manafort, Cohen, etc. Guilty! Except for the fact that each are guilty of crimes not involving Trump/Russia/collusion.

Obviously, the SpyGate plot continues in order to dissuade anyone outside the approved ranks of the Swamp from ever trying again what Trump has achieved.

Pretty much. Yet the temper tantrums must be acknowledged!

But what did he cover up? The report is out there. No conspiracy. Obstruction with no underlying crime. What was “covered up?”

Exactly. What was covered up? Why is Nancy screaming about cover up regarding Trump? Who is she trying to cover for? Lots of fish in that pond for sure!

Honest question: what was the point of the Mueller investigation if Democrats were just going to re-do it?

The Mueller investigation did not turn out as planned. Moreover Mueller isn’t cooperating the way that Congress demands and won’t testify. Thus, flip the narrative page to the new ‘IT’S A COVERUP OF SOMETHING!’ spiel, which Lindsey Graham 2.0 smacks down here quite nicely.

Like I said above, this is Temper Tantrum Part II. Why? Because the chosen one, Hillary Clinton isn’t President.

Nancy Pelosi needs to grow up and step down. Childish actions like this help no one, not even her.