Previous post
Yes, You Should Be A Citizen To Vote 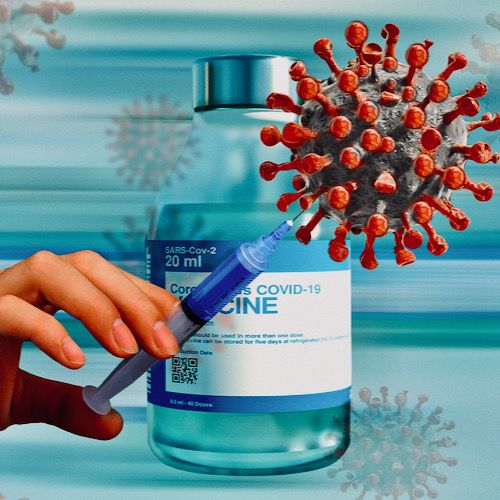 “Why not just tax people into behaving the way I want them to?” sounded like a brilliant idea to Vox’s Ian Millhiser.

Yeah, because that TOTALLY has worked for Obamacare, right? Oh wait a minute.

That example aside, Ian Millhiser, senior correspondent for Vox, has had it with all the redneck unenlightened hillbilly MAGA-types, who he assumes make up the majority of the unvaccinated population. He wants them punished, and he says the federal government should do it. How? TAKE ALL THEIR MONEY THROUGH A TAX.

Congress should increase the income tax rate on taxpayers who are unvaccinated, and who have no legitimate religious or medical reason to be unvaccinated, to 99 percent.

This could be done through reconciliation.

You have to love the left’s committment to thinking that “reconciliation” will fix all their problems, and you have to laugh very hard at the idea that anyone in Congress would go for a 99% tax rate on the unvaccinated. If Millhiser was thinking remotely rationally, instead of sniffing his own communist farts, he would have had the brains to stop himself from tweeting this. Alas, this is Vox, who publishes such gems like claiming that there is a bridge to the Gaza Strip, and desires to cancel Dolly Parton.

I know you will be thoroughly shocked, SHOCKED at this, but… Ian Millhiser actually has zero idea of what he is asking for. The reality, despite the media and the Democrats’ insistence that these crazy unvaccinated out there are all white Trump supporters… is not true. Where is vaccine hesitancy the strongest? In black and Hispanic communities. This was noted at the beginning of the vaccine rollout.

Oops. Millhiser wants to do WHAT to black and brown people, again? Tax them at WHAT rate?

Now, the media comes up with myriads of causes for why hesitancy exists among these communities, but Ian Millhiser makes no such distinctions in his pronouncements from on high. He wants people PUNISHED for not doing what he wants.

So, time to punish union labor, then, Millhiser?

On Tuesday, AFL-CIO President Richard Trumka said he would support a mandate, giving a boost to White House efforts to increase vaccination rates after they stagnated in recent weeks. But Trumka’s position was at odds with some of the AFL-CIO’s largest members, including the American Federation of Teachers, whose president said that vaccine protocols should be decided at individual workplaces. Other unions have also voiced opposition.”

Behind the scenes, labor leaders and White House officials clashed after Biden on Tuesday publicly stated that the White House was considering vaccine mandates for federal employees. According to two people briefed on the discussions, White House officials reached out to union leaders to alert them that federal agencies would be expected to more broadly require vaccinations. On Monday, the Department of Veterans Affairs did just that, announcing that they were requiring a portion of their employees to get vaccinated or be tested regularly.”

Yes, you’re reading that right. Labor unions are fighting against vaccine mandates, which is creating conflict between the official White House line and the blue-collar union labor they claim to represent.

The narrative of the country bumpkin MAGA boomer being the only ones to refuse a vaccine is going to take such a spectacular nose dive.

And even in New York City, essential workers who are represented by unions are not exactly getting themselves all vaccinated – and I highly doubt that they are all Trump voters.

Both the city’s 135,000 public school employees and 42,000 public hospital workers have a 60% vaccination rate. An MTA spokesperson estimated 65% to 70% of the transit agency’s 65,000 employees have received the vaccine.”

If the math in this article is correct, then 40% of teachers and 40% of public hospital employees are not vaccinated in New York City. Nurses across the country have refused to get vaccinated, and are fighting the idea of it being a mandate. Maybe – just maybe – the White House and the media should consider that not all opposition to the vaccine is politically based?