Previous post
Tax For Thee, Not For Me, Says AOC 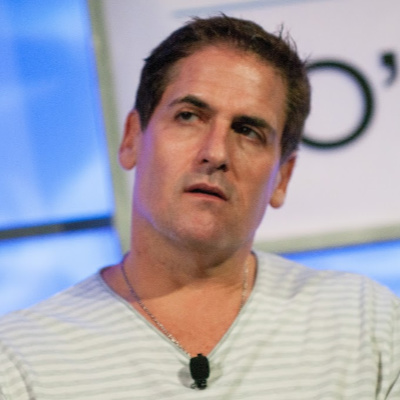 Billionaire entrepreneur Mark Cuban sent out a series of Tweets this weekend touting a “trickle up economic” plan. Cuban’s plan would send $1,000.00 every two weeks to 128,000,000 households in the United States to spur consumer demand. There are several problems with his plan.

Mark Cuban has been mentioned as a possible Democrat Presidential candidate, and given Joe Biden’s performances that combine the Matrix glitches with Max Headroom, the Dems desperately need someone to swoop in as a hero. Also, despite the fact that Cuban thinks President Donald Trump is an idiot, Trump appointed Cuban as an advisor on his task force on reopening the economy. So, just what are Cuban’s ideas on an economic way forward?

As mentioned above, Mark Cuban wants to give just about every American household $2,000.00 per month. And, his intentions are good. If businesses open back up and there are no customers walking through the door and throwing down a credit card, the businesses still fail. Trickle up economics with a catch. According to Forbes.com:

…Cuban suggested the idea a stimulus plan that would send 128 million households in America a $1,000 stimulus check every two weeks for two months. But the $500 billion check program would have a catch, the money would need to be spent by families within 10 days of receipt, so the funds would actually be used to help boost the demand for non-essential services and help stabilize the job market.

I see several problems here. The first is that the country is broke. Our national debt is $22 trillion. Our deficit is for FY 2020 is currently approaching $4 trillion. Some debt is necessary for growth. We passed Go on that 10 years ago. Continuing to print money will lead to greater debt and possibly inflation and higher interest rates.

Second, it seems to me that requiring families to spend the funds within ten days would require yet another bureaucracy to enforce compliance. And, what would be the penalties to families who didn’t comply? What about these economically stressed and their bills, rent, co-pays? I had never heard of Chris’s Sports Corner, but this guy understands basic economics better than Cuban:

Chris is 100% correct. This is the most irresponsible crap ever. People have basic needs that must be taken care of before wants can be filled. They won’t have food for their kids; they won’t have a home; they will have more stuff.

t didn’t take long for Cuban’s ideas to get some notice from his fellow high-profile twitterati, with Congresswoman Alexandria Ocasio-Cortez chiming in, tweeting: “Totally agree, @markcuban. It’s time for a Federal Jobs Guarantee.”

No, AOC, this is more like a Federal Universal Basic Income than a Federal Jobs Guarantee. I guess AOC’s economics degree never included a discussion of money versus work.

Even more frightening that adding to the debt and screwing over people in need, Mark Cuban want to create an army of enforcers for the Covid-19 pandemic. One more time from Forbes:

As an alternative, in the series of tweets Sunday afternoon Cuban proposed two ideas – first, a nationwide federal jobs program that would employ individuals to help with coronavirus tracking, tracing and testing, as well as “support for populations including long term care.”

That must be the federal jobs program AOC mentioned. Just what we need a pandemic fascist army. Would it be an army of shaming “Karens”? Would this army have the authority to detain citizens? Would we be required to handover our iphones and androids? Raise your hand if you are naive enough to think this army would be disbanded when a Covid-19 vaccine becomes available. Okay, Karen.

Mark Cuban has shown himself to be a fascist statist. Not that we didn’t suspect this all along. He wants to use this pandemic to make us all subservient to the government. Looks like we’ll have to fight this battle yet again.

Cuban’s ideas on armies and consumerism are dangerous.