Next post
Scott Atlas Resigns and Media Piles On 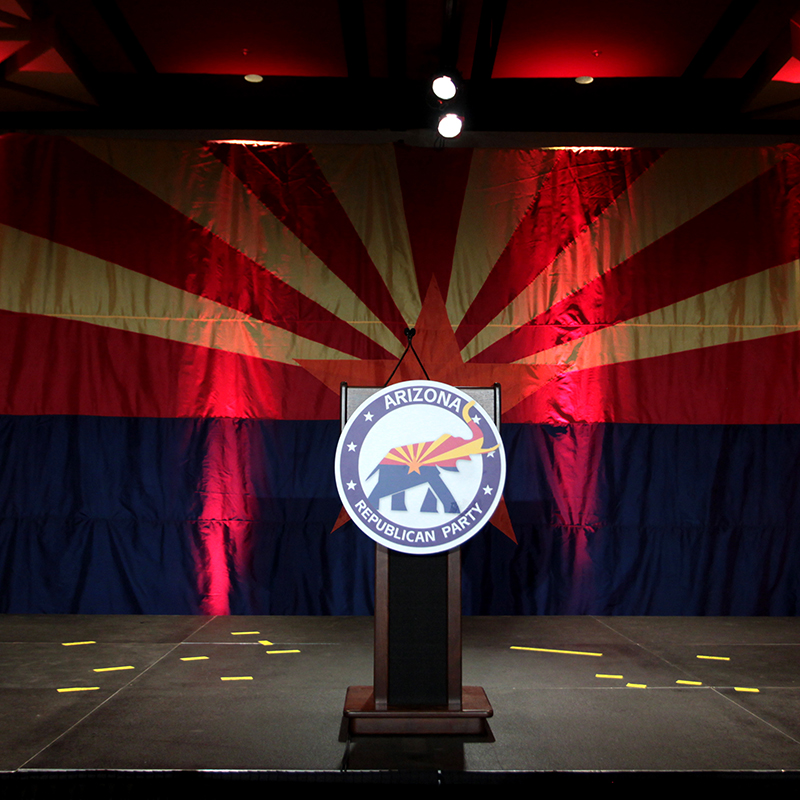 by Jodi Giddings in politics 10 Comments

On the heels of the Republican legislator’s hearing in historic Gettysburg last week, some Arizona Republican legislators held their own hearing yesterday where witnesses testified on both the statistical improbability of Joe Biden’s win, as well as what they saw on Election Day and in the days that followed. But you wouldn’t know the hearing had transpired if you’re still a watcher of the major network “news” channels, including the increasingly-beleaguered Fox News, who’s come under fire in the weeks following Election Day over its horrendous election coverage that some might say amounted to election interference for the network’s announcement that the Democrats would gain five seats in the House and maintain control overwhelmingly.

As we now know, that didn’t happen. And the network waited a full nine days to call North Carolina for President Trump, even though he lead there the entire time. It was curious behavior given the station’s premature call awarding Biden Arizona, while dragging its feet on Texas and other obvious wins for Trump.

And it’s brought us to where we are today, where GOP-controlled state legislatures in some swing states, who all allegedly voted Biden, are holding hearings into election abnormalities that anyone with a functioning cortex can see has left the results in those states highly-questionable.

And that was explored at Monday’s hearing in Arizona, which began at 8:00 a.m. PT and ended well into the evening.

Here are some compelling takeaways:

Dr. Shiva presented his data at the Arizona hearing, showing the only way for Joe Biden to have statistically caught up with President Trump was if Democrat votes came in at 130% for Biden and -30% for Trump.”

Just testified in AZ hearing on #ElectionFraud. Presented implausibility of official result. Showed 30% of @realDonaldTrump votes electronically siphoned to @JoeBiden. The REAL CRIME is “Weighted Race”algorithms certified by Sec.’s of State. We DON’T have “One Person, One Vote!” pic.twitter.com/HiJg8DMPSY

Arizona state Rep. Mark Finchem told reporters…that they hope to have a resolution ‘within the next 24 to 48 hours…'”

“’We are clawing our Electoral College votes back, we will not release them,’ Finchem said. “That’s what I’m calling on our colleagues in both the House and Senate to do—exercise our plenary authority under the U.S. Constitution.”

Then—and in what’s become predictable behavior—the Twitter fascists immediately suspended the account of one of the technical data witnesses who provided testimony on the improbability of Biden’s Arizona win. This man is now suspended from Twitter, which just provides further fodder to those of us wondering what they’re hiding:

And as if that weren’t enough, to add insult to injury, moments after the hearing began, Arizona’s Democratic Secretary of State (there’s a reason why George Soros has for years targeted Secretary of State seats) and its Republican governor were busy certifying this shit-show of an election anyway.

All of which brings me to this: if you’re anything like me, you’ve been inundated with SEND US MONEY!!! comms from the GOP desperately trying to rally us to help save the two senate seats in Georgia up for election in January. Which, frankly, I’m also pretty desperate to retain given the DNC’s promises to stack the SCOTUS and add states—and thus senators—after they “take” Georgia. But, mind you, some of those screaming for our assistance are the very same people who made a deal with the Stacey Abrams devil that lead us to the full-blown crisis we’re facing right now, a three-ring-circus that President Trump knew would arise in the wake of the Democratic Party’s massively expanded vote-by-mail scheme which flowed from the political weaponization of the coronavirus.

And the question is this: How in Hades does the Georgia GOP believe they can win those two senate seats—which will determine which party controls the Senate come late-January—when the Abrams Army so-obviously swiped the state from the president, where plenty of evidence exists that election fraud occurred in many forms, and where they plan to use THE SAME DOMINION MACHINES that they used just four weeks ago? And, ahem, whose memories may have been wiped, thanks to this indecisive judge.

I’m afraid I know the answer.

We are at a crossroads in this country and the epicenter is a handful of counties in Arizona, Georgia, Pennsylvania, Michigan (hearing live here today), Wisconsin, and Nevada. A red-wave saw the GOP make massive inroads with traditionally Democratic voting blocs, saw the hapless Joe Biden otherwise under-perform Hillary Clinton, yet somehow over-perform in just the right counties, including Arizona’s Maricopa, handing the man who couldn’t attract a dozen people to his geriatric gymnasium “rallies,” and reportedly just had his ass kicked by his pet pooch, the election.

Pardon me, but that’s beyond laughable and wholly unbelievable.

And they—and by “they” I mean bad actors in both parties—think we’re all just going to sit by and take it.

I don’t know where this election will wind up, but I do know this: nearly half the country, including a hefty portion of Democrats, believe this election was stolen from Trump and the American people. I include myself in that percentage, and not because I want my guy to win, but because Trump met every election-determining data-point overwhelmingly. It would take Obama’s magic wand for Biden to have defied all of the traditional election metrics to defeat an incumbent president who attracted an historic, and diverse, 11 million-plus more voters to his base.

Nevertheless, this ain’t over til it’s over. We are witnessing a handful of patriotic Republicans like those in Arizona—and Senator Mastriano in Pennsylvania (though there’s conflicting into on that)—giving voice and credibility to the bipartisan witnesses and evidence that the mainstream media continues to assert doesn’t exist. So it’s up to us to keep screaming it from the rooftops and unrelentingly pressuring the GOP-controlled state legislatures to assert their power and refuse to seat electors for the meeting of the Electoral College, for if we fail—and this election stands as-is, will all the abnormalities enveloping it— there will never again be another Republican president…and it just may implode the GOP itself.