Previous post
Jennifer Psaki Has A Problem With Truthfulness

Next post
Takeaways from the Arizona GOP’s Election Fraud Hearing 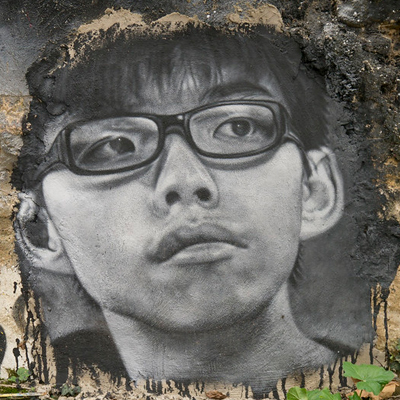 While Americans were wondering how they would be celebrating a COVID Thanksgiving, Hong Kong democracy activist Joshua Wong went to prison. Wong and fellow activists Agnes Chow and Ivan Lam all pleaded guilty to “unauthorized assembly” during a 2019 demonstration protesting China’s crackdowns on HK.

They didn’t say why they pleaded guilty, but Wong said that the three made their decision after consulting with legal counsel. 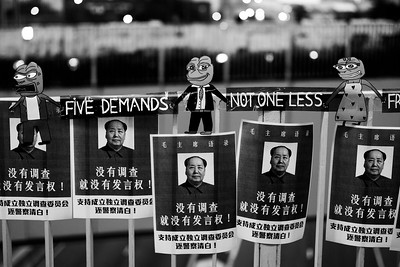 Joshua Wong remains defiant, however. Prior to his court hearing, he made this statement:

“Perhaps the authorities wish me to stay in prison one term after another. But I am persuaded that neither prison bars, nor election ban, nor any other arbitrary powers would stop us from activism.”

Antifa and BLM goons may think they’re “speaking truth to power” by tearing down statues and trashing Starbucks stores. But Wong and his fellow pro-democracy activists are heroes who confront true oppressors: the Chinese Communist Party.

Friends of Joshua Wong took over his Twitter account after he went to prison. On Monday morning, they released his first letter from confinement.

The Twitter thread from his letter concludes with this:

3. At the time of uncertainties, some of us may feel uneasy and anxious, but I ensure you that all these pains and sufferings would only strengthen our courage and conviction for democracy and justice. Cages cannot lock up souls. https://t.co/YZLWOfcpJh

You may have noticed in his thread that Wong referenced the hashtag #12Hongkongers. Those are 12 young Hong Kong residents — 11 of whom are also facing charges for protests — whom the Communist Chinese arrested. They were fleeing by boat to Taiwan, but the Guangdong Coast Guard nabbed them for allegedly entering mainland waters.

As of Friday, their cases went to Chinese prosecutors. Mainland attorneys say it could be one to six months before the cases go to court.

Meantime, the sister of Andy Li, one of the the 12 Hongkongers, received a letter in which he advised her to stop protesting on his behalf.

“I have reflected here, seen the situation more clearly and there’s no future in carrying on. Take a look, I am an example, don’t ever end up like your brother, by then it would be too late to regret.”

However, Li’s sister doesn’t buy it. She wrote in a statement on social media:

“Such remarks stand out from the other detainees’ letters and reek of the usual formula of forced confession. These could not be his own words, and the circumstances under which he was compelled to produce such statements is very unsettling.”

But Joshua Wong, his fellow activists, and the 12 Hongkongers aren’t the only ones to fall under China’s heavy hand. Alexandra Wong, a 64-year-old woman living in Shenzen on the mainland, also ran afoul of the ChiComs. Nicknamed “Grandma Wong,” she travels to Hong Kong to participate in protests, where she waves a Union Jack flag.

“The longer I lived in Shenzhen, the more I felt something was not right with the mainland, and the more I hoped I could do something to safeguard Hong Kong. I began going back to Hong Kong more and more often.”

But the ChiComs arrested her last August when she returned home. Like Joshua Wong, she also endured sleep deprivation.

“(They) never turn the lights off. I could not sleep well. Every day, only three or four hours on average.”

As part of her punishment, Grandma Wong had to take a five-day patriotic tour of Xi’an in central China. She also had to wave the flag, sing the national anthem, and watch a propaganda film. Three national security guards accompanied her. But when her bail ended in early October, Grandma Wong headed back to Hong Kong.

She will not be deterred, either.

China’s suppression of the freedom of Joshua Wong, his friends, Grandma Wong, and the 12 Hongkongers should serve as yet another wakeup call. China is the West’s greatest enemy, particularly for the United States. Xi Jinping and his fellow Chinese Communists will stop at nothing to become the world’s leading superpower.

Not only has China built artificial islands in the South China Sea, it has also built its own village in the free nation of Bhutan, as seen in satellite images. There the Chinese residents have raised their flag and sung their national anthem. On top of that, China has built up forces in the Himalayas and clashed with India this past year.

The Chinese government even tweeted a doctored image of an Australian soldier holding a knife to an Afghani child’s throat. The Chinese account demanded accountability.

This is the Chinese foreign ministry doctoring a photo to make it look like an Australian soldier is holding a knife to the throat of an Afghan child. Despicable. pic.twitter.com/IY06r8pKCz

Prime Minister Scott Morrison demanded an apology from the Chinese government, as he should. As of this writing, Twitter has allowed the image to remain, even as a pinned tweet.

President Trump understands the Chinese threat. As a result, he has not only slapped tariffs on the nation, he’s also cracked down on Chinese nationals stealing secrets, has closed their consulate in Houston, and sanctioned the nation for human rights violations. And Joe Biden? In September he said that Russia, not China, is our biggest threat.

I’m quite sure that Joshua Wong would beg to differ.