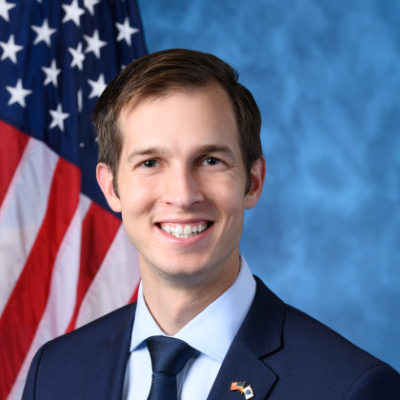 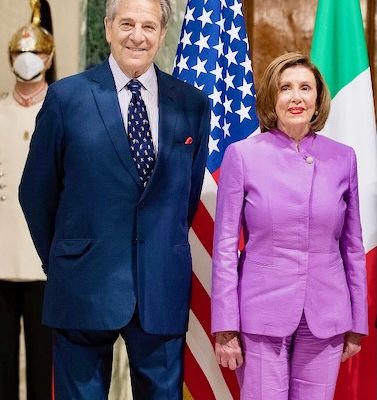 Have I told you, friend, how much I’m enjoying these Sunday mornings with you? [slides flute of champagne across table towards you] In this world of the absurd — and getting more Jackson Pollock by the minute — it’s refreshing to sit and snark over some of the Wait, what? items of the last week.

Elon’s trolling of Twitter at the time of his buyout of the Leftwing media platform has been true performance art at its finest. There is not enough popcorn to cover the whinging from all corners of the portside. The Exalted Celebrity contingent has been busy with their very vocal Look at ME, I’m leaving! flouncing — without actually, you know, flouncing off to Canada or something. This, too, was particularly snort-worthy …

Oh dear, another [checks notes] singer/songwriter who feelz his fever-dream pronouncements must be heeded by us serfs or else … um, would anyone actually miss Little Stevie on Twitter?? And what kind of man in his 70s still goes by Stevie?

“Deep Thoughts” Kamala has always worked an audience on the Barry Obama principle — she’s the smartest one in the room. But she doesn’t really want you to feel bad about being in the presence of such awe-inspiring brilliance.

Kamala always talks to people as if they all attended school via the short bus. She’s Nurse Ratchet as a special-ed teacher.

Now do the Koran

Remember that self-proclaimed pastor who threatened to burn a Koran on September 11th in 2010 and garnered worldwide condemnation, riots and death threats … he was even barred from visiting the UK? Funny how some “religious texts” are more sacred than others.

Leftist protesters were spotted outside a speaking event by a conservative commentator surrounding and shouting down a man reading Bible passages before they snatched the Bible, ripped it up, and one protester ate the pages.

Leftist crybullies at @UWMadison vandalized a veteran’s memorial along with several other buildings because they’re upset that I’m speaking on campus. The university responded by apologizing to the vandals and taking their side. The worst cowardice I’ve ever seen by a university. pic.twitter.com/2efopdWc3N

Only her surgeon knows for sure …. yeah, right

[fills your glass] Take a healthy sip before we go any further. Good? Sixty-four year old Madonna has decided to flood Instagram with nude photos again.

Yes, dear lord, of herself.

The 64-year-old singer posed topless and put a lollipop and money bag on her breasts. She donned a gold corset and fishnet stockings. Her revealing images come on the heels of her 30th anniversary of her popular fifth studio album, “Erotica,” along with her controversial book “Sex.” Both projects were simultaneously released on October 20, 1992.

The 80s pop-singer has always been a one-trick pony, a mediocre voice with no other discernable talent trading in on the hoary cliche of sex sells … although from the looks of her, she’s bought more than a yacht or two for her plastic surgeon — she’s probably sent Dr. Fraw.ken.steen’s kids through Harvard, too. The Material Girl has had enough patch-n-fill to qualify as a renovation show on HGTV. 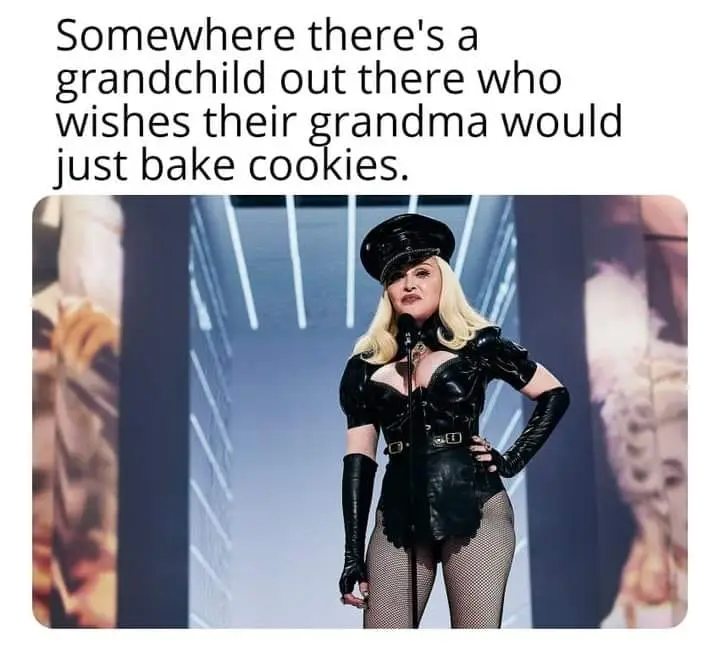 Keep your eye on the Pelosi debacle. Frisco’s power couple has been able to cover up family dirt with a success usually seen in camp Hillary. But just as the media was fully uninterested in the unnamed/unidentified passenger along for Paul’s DUI accident, so are the bizarre details surrounding the hammer attack being shoved into the closet (pun intended).

ICYMI ==> Reports on what happened when police arrived at the Pelosi home have a curious new detail https://t.co/DsOytiNyEg

Monster season is upon us … Halloween first before Election Day. Toss in the torture of fall back and the next couple of weeks will make champagne at brunch child’s play.

I’ll sneak a flask of the hard stuff to the cafe next Sunday. Pinky promise.