Next post
Send a Mom to deal with terrorists: Ingrid Loyau-Kennet takes it from meme to mom on a mission

In what can be regarded as an attempt to  deflect from the numerous scandals currently plaguing his administration, on Thursday Mr. Obama asserted during a national security speech that we’ve experienced no “large-scale” terrorist attacks since 9/11 and that “our homeland is more secure” on his watch. Yeah, he really said that. Let’s review:

So that makes three significant terrorist attacks in the past four years, all on Mr. Obama’s watch. (He also made no mention of The Shoe Bomber from 2001, and the numerous other conspiracies.) He would have us believe, callously, that since thousands weren’t murdered, as on 9/11, that the attacks by Jihadists–and they are Jihadists; he refuses to utter that word–on our civilians is somehow insignificant; and that we are perfectly secure with his open border policy and his Trusted Traveler Program extended to Saudis. So what do you call the slaughter of our fellow Americans at the hands of Islamic Extremists, Mr. Obama? Just a little workplace collateral damage? The attackers are just misunderstood? It only counts if there are massive casualties? In many ways, the “smaller-scale” attacks can be considered more threatening because they’re more difficult to stop. They can occur anytime, anywhere, with little warning. The Boston Bombing, and the beheading of a British soldier in London this week, prove that.

Mr. Obama flat out refuses to accept the notion that Islamic Extremists are operating within our country and they want to kill us; all of us. And now he’s redefining the meaning of “terror” to fit into that narrative. He insists we can cumbaya our way into their hearts. But how’s that worked out for him for the past four years? They continue to threaten us; they continue to burn our flag; they continue to commit “honor killings,” on our soil, in the name of Allah. And now “mysterious youths,” aka Muslims, are rioting in, of all places, Sweden.

Mr. Obama is either the most naive president in the history of presidents, is afraid to criticize Muslim Extremists for fear of insulting them (since we know how their more extremist members tend to react), and thus embraces the (dangerous) Politically Correct Kid Gloves Treatment, or he wants Radical Islam to rise in this country just as he’s assisting its ascention, intentionally or otherwise, in the Middle East. Either scenario is utterly frightening. Islamic Extremism is spreading at a rapid pace. It is staring us right in the face. We had best wise up and address it, lest we become London and Sweden. 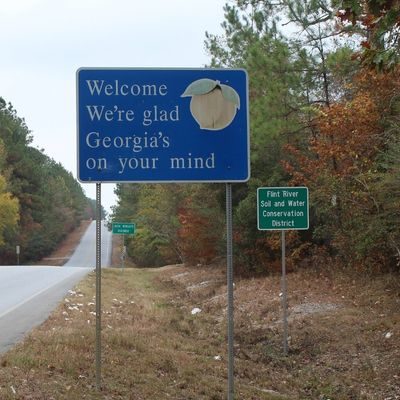 Georgia on the Rocks with Walker and Warnock