Next post
Latinx Activists Say No To Deporter-In-Chief Obama 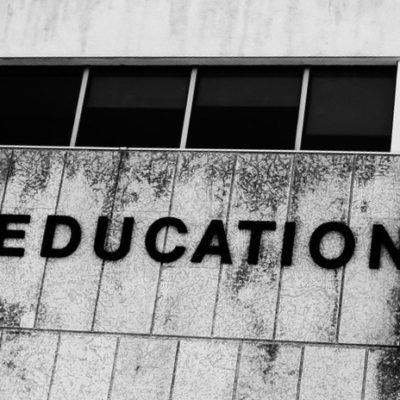 A San Francisco school board member refused to resign from her position after a bunch of anti-Asian Tweets surfaced on her Twitter account. But despite the hateful, venomous rhetoric found on Alison Collins’ Twitter account, she is the one enduring “spiritual damage to her soul”.

Collins said her Tweets were “taken out of context” but I’m not exactly sure how “Asian Americans use white supremacy to get ahead” and calling Asian Americans “house n*gg*rs” can get taken out of context. “But these Tweets were from 2016, when Trump was president“, says school board Vice President, Alison Collins. So, she was a different person then? Less bitter now that Biden is in office and Kamala is waiting in the wings for him to crap out, I am sure. Nope, no accountability. This is all Trump’s fault.

Trump showed us that clearly with his sowing of hate and pitting communities of color against one another for political gain. I acknowledge that right now, in this moment my words taken out of context can be causing more pain for those who are already suffering. For the pain my words may have caused I am sorry, and I apologize unreservedly.”-Alison Collins

But saying Asian Americans use white supremacy to get ahead in school and calling them “house n*gg*rs” was in NO WAY pitting communities of color against one another, right?

The SFUSD (no, this does not stand for Some F*cked Up School District but it should), and its school board Vice President are also largely responsible for cutting ties with San Francisco Police Department.

Let’s work together, she says. Unless you’re Asian. Then, you’re responsible for getting good grades and doing well in math and science and perpetuating the cycle of white supremacy. In June of 2020, she pushed to cut ties with the police. In October of 2020, Collins claimed the system of meritocracy is “the antithesis of fair”.

What else is not fair? The persecution Alison Collins perceives she has to endure. After being asked to step down and refusing to do so, school board Vice President, Alison Collins, filed a lawsuit. Get this: She is suing the San Francisco Unified School District, the County of San Francisco and School Board Commissioners.

As part of her suit, @AliMCollins used this famous quote: pic.twitter.com/cYRoaW1rxv

And yes, Collins went there. Quoting Pastor Martin Niemöller. She’s got quite the chutzpah, I’ll say-comparing her experience to that of a Holocaust survivor?! More matzo balls than brains. The arrogance is astounding. She also throws in Proverbs:

The application of Proverbs 22:1 is a bit strange here pic.twitter.com/9wHeZ5RaEU

A good name? Someone with a good name does not throw around insults at others, especially students whom they claim to champion. According to Alison Collins, all she was doing was trying to provide the best educational experience, like, ever, for San Francisco School District students and families. The persecution she is enduring is horrific. So horrific, Collins needs to sue these entities and parties. For $15 million each.

I mean, after all, former SFUSD School Board member, Alison Collins, has suffered soooo much to include a “substantial loss in earnings, significant loss of reputation, severe mental and emotional distress, humiliation, loss of enjoyment of life, misery, inconvenience, anxiety, discomfort, fear, and…our personal favorites…injury to spiritual solace and spiritual injury to her soul.

Mental and miserable? My guess is Ms. Collins was this way even before this ordeal. And, by the way, it’s not just the School Board, the district and the county Alison Collins is suing, but 50 other people (she’s not sure who) when she figures out a reason or two. Whatever those reasons are.

She's also looking to sue 50 more people once she figures out a few small details, e.g. "who" and "why" pic.twitter.com/nmWSRQklcq

It seems as though Ms. Collins is attempting to hold a bunch of people and entities accountable for the things she said on a public platform. See, this is the problem with some schools and districts. Woke scolds who take the helm on school board positions and woke administrators, who lecture anyone who will listen on how they are trying to save our children by making things more “equitable”. In the effort to make things more “equitable” and “inclusive”, they eliminate accountability. They eliminate the desire to work hard and get good grades. They “dumb” classes down in the name of “equity” when in reality, this move itself is racist AF. They come out with racist claims while swearing up and down they are not racist people and when they get called on it, they sue.

They deflect. They blame the previous President for their anger and rage. Orange Guy brings out the worst in people, doesn’t he? Alison Collins’ Asian hate was “so 2016”. When called on their bad behavior, they “apologize”. Then they sue for spiritual injury to one’s soul. In reality, for Alison Collins to sue for spiritual injury, she has to have a soul. If we’re being honest here, after a year of lockdowns and online learning and teacher protests and crazy classroom protocols and hybrid schedules, and now, teaching in person to those here illegally, tell me, who has suffered the most from spiritual injury to their souls? And where does Collins think the school district will pull the money to pay her damages, for her misery and her inconvenience, and irreparable soul damage anyway?

Yeah, we know. Alison Collins cares so much about the kids.