School After The Great Plague Of 2020

School After The Great Plague Of 2020 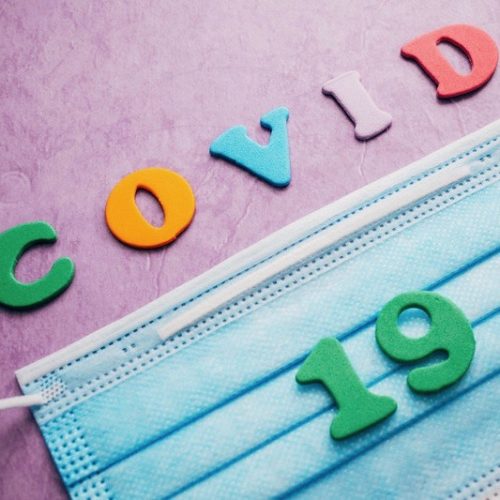 As we approach another summer, I know I am not alone in wondering what the school year is going to look like for our kids in August and September. With a promise from school districts across the nation to return to normalcy, parents are skeptical.

Some schools across our nation did not miss a beat this year but being a resident of Washington State, and a parent of a junior high student, my child did not return to in-building classes until March for only two and a half hours, two days a week. He has missed being in his school for a year and a half, and will now be moving on to the High School in our zone next year. Some of his peers had a really hard time with online learning and social withdrawal. We were blessed and fortunate with a resilient kid who was okay with doing school from his computer and from wherever we would travel.

My work sometimes takes me inside of school buildings where I’ve walked the empty hallways that are marked by arrows indicating to students and staff which direction to travel and keep moving. Heaven forbid you are in the opposite lane or use the wrong stairwell, the Coronavirus might get you. One building has a one way in, one way out policy. That is, you can transition between classrooms in a hallway and admire all of the student book reviews on White Fragility, but you cannot exit out the entrance and vice-versa.

In this building, we believe in science.

The ‘Rona, apparently, only moves in one direction, folks. Keep moving. Must have been how I got infected back in January. I walked in through the out door. Shame on me.

And while we did get the opportunity to watch our son on the wrestling mat with a very chaotic start to a very short season and I am happy about this, my child is getting a rapid COVID test every other day it seems but he and his opponents still need to mask up. While wrestling outside. In 80-degree weather. After fighting hard to catch their breath as their opponent takes them down and tries to pin them in a cradle, they can shake their opponent’s hand after the match but don’t expect the ref raise their arm if your wrestler is the victorious one. As one of our friends and fellow wrestling parents in the stands said as we looked on, “you can bleed on ’em, but you can’t breathe on ’em“. A truer statement could not have been spoken.

The fatigue is real and it has settled in. People are stripping off the masks and rightly so. Did they work? Who knows? Students who have lost touch with some of their friends at school are anxious to see what the next year will bring and teachers are flat-out exhausted. By those teachers, I mean the ones who actually worked through this pandemic, not the ones who were #livingtheirbestlives, and there were plenty.

The frustrated educators will tell you they wanted students in classrooms on day one, full-time, five days a week. The really frustrated educators are contemplating retiring or moving out-of-state to one with more relaxed laws. They have voiced their concerns throughout the year only to have them fall on deaf ears and have decisions come down from above their pay grade.

One may wonder why I am talking about this now. It’s almost summer, after all. I’m not much of a conspiracy theorist but I cannot help but to think about what was going on behind the scenes. The Great Plague of 2020 encompassed so much more than closing down businesses and schools. It allowed for different ideologies to seep through the cracks. A little tweak here to the economy, a little tweak here to our population, a little tweak here in which political party has the power and yes, here and there, tweaks to the educational system.

Don’t be surprised if you hear a lot more of the word “equity” in discussions with regard to grades. In a push to be “equitable”, zeros for homework not completed may become a thing of the past. And even though a school district may focus on the equitable aspect of providing the very same resources and technology to ALL students, they will be forced to push a student of any race or gender through to the next grade regardless of whether they deserved to move on or not because to have said student repeat the year is “unfair” and “inequitable”. Do not be surprised, if under this umbrella of rainbows, unicorns and “equity”, that all high school students are suddenly AP scholars. Do not be surprised, in your desperate attempt to return to normal after this summer, that some sex-ed gets thrown in as part of your third-grader’s “new curriculum”. Do not be surprised if your students’ classwork reflects popular liberal ideology with tones of Critical Race Theory. Do not be surprised if your student feels awkward in bringing up any alternate opinions in the classroom that may not coincide with the popular ones. This is by design.

I will not attempt to be any more of a buzzkill as we end this weekend and go into our week but will just offer a word of caution to parents who have students in the public school system to keep an eye out for these trends. As we watch our family members and friends who have high-schoolers graduate over the next few weeks, we will see kids who worked hard for years and years and see those who were flunking all of their classes but managed to skate by and walk in their ceremonies anyway because of a pandemic, because of equity or because of some other BS. They will all throw their mortar boards to the sky. As we approach the summer, I am sad my kid missed a year and a half of school. I am sad to see empty hallways and classrooms. I am hopeful for a full-time return in the fall but skeptical and yes, a bit cynical. Enjoy the summer with your kids. But keep your eyes open when the wheels on the bus start going round-and-round. The top brass have been busy during this time reshaping and reformulating. Lots has happened over the past year and it will be impacting our schools. Get ready to be vigilant, because we need to be.