The list of the 2015 Academy Award nominations was announced this morning, and if you didn’t know any better you might think the members of the Academy of Motion Picture Arts and Sciences were all supporters of Jim Crow. 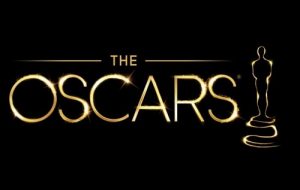 The Hollywood Reporter headlined that the acting nominees were all (gasp!) white.

“For only the second time in nearly two decades, (italics mine) the 20 Academy Awards acting nominations went to a group made up entirely of white actors and actresses,” writer Tatiana Siegel wailed. She continued:

“The two writing categories also were dominated by white men. Not a single woman was nominated in either category.”

To further drive home her accusations, Siegel also noted that, according to a 2012 Los Angeles Times report, 94% of the nearly 6000 members of the Academy are white, 77% are male, and 86% are 50 years of age or older.

I would also venture to guess that about 99.9% are raging liberals, but that doesn’t help Ms. Siegel’s narrative now, does it?

The hipster intellectual crowd at Vox prematurely boohooed at Twitter that the movie “Selma,” about Dr. Martin Luther King, Jr., “was snubbed because the average Oscar voter is a 63-year-old white man,” while observant Twitter readers schooled them that “Selma” was indeed nominated for Best Picture.

And let’s not forget the eternally hormonal feministas at Jezebel, who are raging at the Academy for not only failing to nominate a person of an ethnic minority, but for failing to nominate a woman for Best Director. As their headline read: “2015 Oscar Nominations Snub Basically Everybody Who Isn’t a White Dude.”

Aren’t the Oscar nominations supposed to honor the best examples of motion picture art? The best performances? The most creative in the film industry?

Apparently not. The awards are supposed to reflect ‘diversity,’ which the Washington Post found was lacking in this year’s crop of nominees.

There was once a black man, a great man, who desired that his children would “not be judged by the color of their skin but by the content of their character.” The liberal media lashing out at the Academy for their Oscar nominations must not subscribe to that vision. They would judge the value of art by the color of the person who created it, and not the content of the art itself.

That black man who uttered those words? We all recognize those words from the “I Have a Dream” speech by Dr. Martin Luther King, Jr.