Next post
Midway Eighty Years On: Remembrance and Lessons 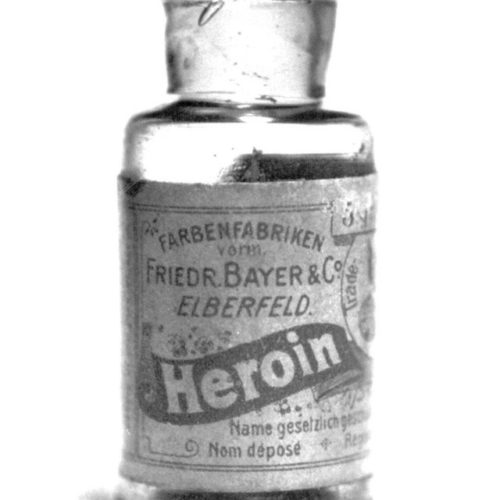 The New York City Health Department unveiled their “safe” drug use campaign. They want New Yorkers to feel “empowered” about using drugs in a “safe” environment, as the story goes.

The New York City Department of Heath wants fellow New Yorkers to know that “drinking hot tea” is not enough to prevent the spread of the dreaded ‘Rona and that if you are indeed a drug addict, you need to be “empowered” to use safely. This has drawn the criticism of many to include Florida Attorney General Ashley Moody. Take a look at this campaign:

No one should die of an overdose. To help prevent an overdose:
💜Learn the signs of overdose
💜Carry naloxone
💜Avoid mixing drugs
💜Avoid using alone and take turns
To talk to someone about substance use services or treatment, contact #NYCWell: https://t.co/Q1b6dNadhC pic.twitter.com/4SypOcG62d

There is no ‘safe’ way to abuse fentanyl & these ads do not ‘empower’ users — they could get them killed, I’m astounded how far off the rails NYC leaders have gone. DO NOT follow their reckless advice.”-AG Ashley Moody

It is inconceivable that the New York mayor and Health Department are empowering people to abuse drugs. Resources for those struggling should be provided by trained and medical professionals, not by politicians and organizations giving dangerous and potentially deadly advice.”-AG Ashley Moody

It’s no wonder New Yorkers are moving to Florida. Who could blame them? Draconian COVID lockdowns and vaccination requirements. New York is not the only city to push this idea of “safe” shoot-ups. As a resident of the Seattle-Tacoma metro area we’ve seen these campaigns before. King County in Washington State has a slew of resources. Want to use black tar heroin? To be “safe”, read their botulism warning and, by all means, don’t do it alone. Be empowered, they say. But parents of young high school athletes in King County? Don’t dare enter a restaurant with your unvaccinated kid or attempt to attend their sporting events. Double-mask, even in your car, and stop the spread of COVID-19 or you’ll kill Grandma this Christmas. Drug addicts? Don’t forget to smoke your “blues” together. Do it on a bus if you have to. It’s “safe” if you’re not alone, right, Seattle?

Question for you all, liberal law makers: do these addicts actually look empowered to you? Are they “safe”? Is this “safe” for others who you claim to care about?

Avoid using alone and take turns. But, boy, if you’ve got COVID, heaven forbid you enter a restaurant or go to a family gathering. You’re gonna kill everybody in sight. Hot tea will not just cure this, you know. Get vaccinated. Get boosted. Get double, triple boosted because you’re not “safe” to be in school, at work or around your relatives unless you do. Unless you’re off to a protest or a pride parade with a bunch of strangers or a Met Gala or other self-congratulatory event for being a waste of space or to rejoice that the man who made mean Tweets is out of office. Then, you’re completely “safe”. You’re also “safe” if you smoke fentanyl on a bus or on a subway. In fact, you’re “empowered” to do so in Seattle and cities like New York and San Francisco. And, best of all, you’re not alone. Want to shoot up heroin in a dark alley or a public park with a bunch of your friends? Yep, it’s a party. You’re “safe” there, too. Just make sure you mask up while you prep a vein for a syringe that you will later leave for a 3 year-old to step on.

You’ll find all kinds of tips for “safe” drug use not only on Twitter. NYChealthy also has plastered subways, bus stops, newspapers, billboards, you name it with this dangerous, “safe” campaign.

Did you know that not getting enough sleep can negatively affect your mental health? Use these tips for better sleep:
💜Drink less alcohol
💜If you smoke, consider quitting
💜Avoid watching the clock
💜Avoid taking naps
More tips: https://t.co/DAvKPFhh3F pic.twitter.com/sPgbFTEAJo

Don’t drink alcohol. But, hey, no shame in smoking “blue”. Feel empowered to do so.

There are many reasons to join others in quitting smoking on #WorldNoTobaccoDay. Quitting will:
☑️ Reduce your risk of cancer and heart disease.
☑️ Protect your loved ones from secondhand smoke.
☑️ Save you money.
Learn more: https://t.co/bJxQ0vAsy9 pic.twitter.com/baOwDDchuM

In truth, the NYChealth “safe” drug use campaign has been around a bit. The department has relaunched it as of last month with a more aggressive marketing campaign. Although this campaign is slated to end this weekend, NYChealth has reportedly spent $750,000 on these ads.

Every single dollar that was spent on these dumb ads could have went towards another bed in a [drug-addiction] recovery facility or another session of counseling under the city’s Health Department.”-Council Minority Leader Joseph Borelli (R-Staten Island)

Borelli speaks the truth. If only liberals looked at drugs the way they look at guns. They want to impose harsher laws on gun ownership because guns kill people. Newsflash, geniuses. Drugs kill people, too. The difference here? Liberal Democrats want Americans to feel shame for owning guns after a tragedy such as Uvalde because owning a gun is not “safe”. They want to take away the “power” of normal Americans to defend themselves (sometimes from drug-addled, mentally deranged people on the streets who break in to innocents’ homes). But drug-addicts? Getting clean is undignified, shameful, even. These liberals want to empower them to be “safe” when they do drugs. Why? Because shame kills. Yep. And so does crack.