Next post
Kyrsten Sinema: Not A Republican, But Not Stupid 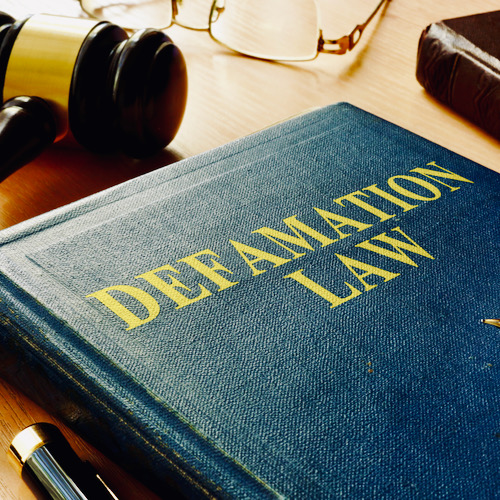 Nick Sandmann knows a great deal about what Kyle Rittenhouse is going through. No, I’m not talking about Kyle defending himself. I’m talking about the slurs and slander inflicted upon both young men by the media and leftist politicians.

The parallels between me and Kyle Rittenhouse are impossible not to draw.

Kyle was 17-years-old when he became a household name after that terrible tragedy in Kenosha.

I was 16-years-old when I was catapulted into the national conversation by video of an encounter with a Native American activist on the steps of the Lincoln Memorial.

Kyle was almost immediately labelled a ‘white supremacist’ and a ‘domestic terrorist’.

To many, my red MAGA hat clearly meant that I was a racist.

The parallels are indeed astounding. The media and the political chattering class immediately engaged in destroying Nicholas Sandmann. We wrote multiple times about the issues, his interview, and his lawsuits. Nicholas Sandmann faced an onslaught of media, politicians, and so-called comedians all hell bent on destroying a young man for A. wearing a MAGA hat, and B. standing calmly and quietly while a jackass activist tried to elicit an adverse reaction from a teenager.

Sandmann, in his op-ed, calls out several politicians and high-profile figures for their attacks on Kyle. 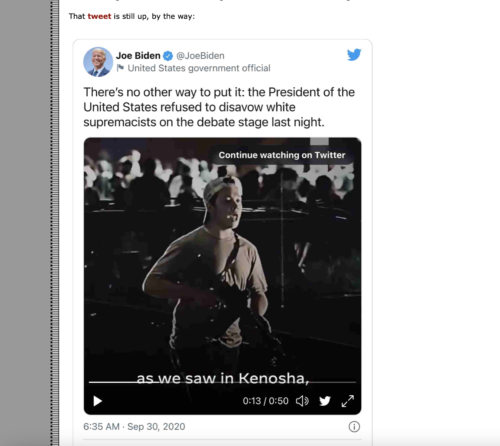 He shot and killed 2 people who had assembled to affirm the value, dignity, and worth of Black lives.

As has been proven during the trial, Kyle Rittenhouse did NOT drive across state lines with the AR-15. Furthermore, as the judge ruled, he did not break the law by having that gun in his possession. Also, the two people killed were by no means peaceful rioters, and they both had extensive criminal records. Does Pressley care about any of that? Nope, she has her narrative and ran with it.

Lebron James decided making fun of Kyle desperately trying not to break down on stand was a grand idea, and was rightly called out for it. Then there’s Joy Reid. She has made her hatred of Kyle Rittenhouse very clear.

And, just last night, she informed her few viewers that this case is dependent upon whether or not armed white men should act as judge, jury, and executioner. I kid you not. Followed up by this atrocious rant via her Tik Tok channel.

It’s disgusting. And everyone who works there and stays silent is part of the problem. https://t.co/lnHnfYI8Ng

Essentially, Joy and many others are making Nicholas Sandmann’s point very clearly. Miranda Devine at the NY Post has a reminder for Joy.

This is a woman on a seven-figure salary who went to Harvard and has more elite privilege in her little finger than the 17-year-old son of a single mother who was in Kenosha working as a lifeguard when all hell broke loose in the form of BLM-Antifa riots in August 2020.

Joy Reid is such a stellar human being isn’t she?

Nick Sandmann, in his op-ed, discusses the issues surrounding defamation and libel suits. Is is clear that people have been happily engaged in character assassination of Kyle Rittenhouse? Absolutely. Is it clear that Kyle Rittenhouse could succeed in winning a defamation or libel lawsuit? That’s not so clear.

Jen Psaki got into the mix. She was mightily perturbed that Biden’s tweet about Kyle Rittenhouse was an issue, and let out a HUGE sigh when asked about it.

“What I’m not going to speak to right now is anything about an ongoing trial, nor the president’s past comments,” responded Psaki. “What I can reiterate for you is the president’s view that we shouldn’t have, broadly speaking, vigilantes patrolling our communities with assault weapons. We shouldn’t have opportunists corrupting peaceful protests by rioting and burning down the communities they claim to represent anywhere in the country.”

Nicholas Sandmann finishes his op-ed with the following.

From my own experience, I know that this cannot be easy for Kyle. While I have waited to comment on the facts of Kyle’s case until the trial ends. I cannot hold back on the media’s public execution of him before the trial has concluded.

At this time I would like to use my platform to let Kyle know that I am here for you and if you ever would like to reach out to me, I am about the only person our age to have an idea of how the media is treating you. The way the media has treated you is terrible, and you don’t have to face it alone.

As we’ve seen since 2016, we’ve watched the media engage in an onslaught of bias and misinformation. It is Kyle Rittenhouse and Nicholas Sandmann, two young men, who’ve (as Nick points out) exposed for all the world to see, how corrupt the media and far too many politicians really are.