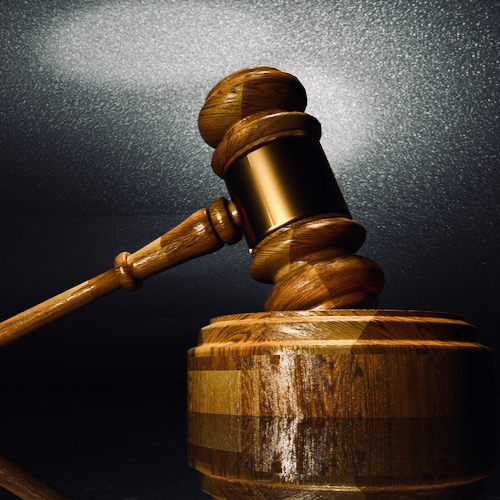 Today Kyle Rittenhouse took the stand. He testified regarding the events of August 25, 2020 in Kenosha, WI and his actions.

Testifying on the stand Wednesday, Kyle Rittenhouse, 18, broke down into sobs while recalling the fatal shooting of Joseph Rosenbaum.

Rittenhouse described feeling “trapped” by Rosenbaum and another man, identified during the trial as Joshua Ziminski, who fired his pistol in the air. The teen said the man had the pistol pointed at him during the incident.

Before describing his actions to fire, Rittenhouse sobbed uncontrollably and a ten minute recess was called.

Can you imagine having to relive those events, knowing full well that the media, Democrat politicians, leftist actors, and more have branded you as a killer, a terrorist, or worse? Needless to say, more than a few of the cretins I just listed were gleefully tweeting about how Kyle broke down in tears on the stand. So classy of them.

Judge Bruce Schroeder is getting very angry with the prosecution, with the jury out of the courtroom. In a pretrial hearing, the judge said that a previous cellphone video taken well before the shootings — of Kyle Rittenhouse saying that he wished he had his gun so that he could shoot people outside of a CVS — was not going to be allowed in court. The prosecution’s questioning appeared to reference that video.

The prosecution has argued that the cellphone video, taken weeks before the shooting, spoke to Rittenhouse’s state of mind, but the judge didn’t accept that in a previous hearing. The judge is now angrily reminding Thomas Binger, the prosecutor, of his position.

This is one of the lines of questions from Binger to Kyle Rittenhouse.

Thomas Binger: Everybody that you shot at that night, you intended to kill. Correct?

Kyle Rittenhouse: I didn’t intend to kill them. I intended to stop the people who were attacking me.

TB: By killing them.

KR: I did what I had to do to stop the person who was attacking me.

TB: By killing them.

KR: Two of them passed away, but I stopped the threat from attacking me.

TB: That you knew was going to kill.

KR: I didn’t know if it was going to kill them, but I used deadly force to stop the threat that was attacking me.

Binger really looks like a clown here. As many of us have watched the trial from the beginning, or has been reported by Legal Insurrection’s Andrew Branca, Julio Rosas via Twitter and the Daily Wire, or the Rekieta Law firm via their Youtube channel, multiple witnesses have now shown that Kyle Rittenhouse was definitely defending himself against multiple attackers.

So, what does the prosecution do in their questioning of Kyle Rittenhouse? Bring video games into the mix.

Binger: You've played video games like Call of Duty where you shoot people.

Rittenhouse: It's a video game. It's not real life.

The prosecution questions Rittenhouse's choosing of an AR-15 because "it resembled the types of weapons that are used in first person shooter video games," in which gamers "pretty much shoot anyone who comes at you."

R: "I don't really understand the meaning of your question." pic.twitter.com/07iyKSrfyc

Again, Binger looks clownish here. So, what does Binger do next? Earn multiple reprimands from the judge.

The biggest reason the judge jumped all over Thomas Binger is that Binger tried to imply that Kyle Rittenhouse stayed silent and is now tailoring his testimony to everything that had been presented at the trial thus far. Judge Schroeder was having NONE of that.

The Prosecutor gave a series of questions where the answer was YES then tried to trick Rittenhouse into saying YES to a question he had already answered as NO. That's pretty bush league.

Then there’s this line of questioning…

Why is prosecutor providing testimony on bullet terminal ballistics?

Judge to Binger: You are not explaining the ammo right.

Binger: No testimony on this.

Judge to Binger: YOU are testifying. [Abruptly] Let's take a break.

Yes, I’d say the judge is definitely not happy with the prosecution right now. Then again, the prosecution has had their ass handed to them multiple times during the trial. The Gaige Grosskreutz testimony that Deanna wrote about is a case in point. I tell you what, seeing the prosecution facepalm over Grosskreutz testimony was the highlight of my day. Then there was the fact that the FBI had drone video showing Rittenhouse being chased by Rosenbaum and Zyminski! Also, let’s add in this testimony from yesterday where it really seems as if Binger was suborning perjury from their witness.

Given Thomas Binger’s conduct, this motion by the Defense should not come as a surprise to anyone.

Rittenhouse’s lawyers say they are asking the judge to call a mistrial with prejudice because prosecutors discussed Rittenhouse’s right to remain silent in front of the jury. If approved by the judge, the unusual request would mean that Rittenhouse could not be retried for the crimes.

And Judge Schroeder once again has to call the prosecution on the carpet.

Judge: I made a ruling that CVS was not coming in, and YOU decided it was! DON'T GET INTO OTHER SUBJECTS. YOU ARE EXPERIENCED TRIAL ATTORNEY, JUDGE SAYS I'M EXCLUDING THIS, YOU CAN JUST DECIDED TO WORK AROUND IT? COME ON!

In this case, the prosecution is trying yet another end-run around the t-shirt that Kyle Rittenhouse wore to the bar after he was freed on bail. The judge had already ruled it inadmissible and had to, this afternoon, again make it crystal clear that Rittenhouse was not to be asked about that.

Needless to say, this politically motivated trial is going to be a primer for aspiring prosecutors. On how to piss off the judge and mis-handle every aspect of the case.