Next post
AP News Goes To Bat For Rioters 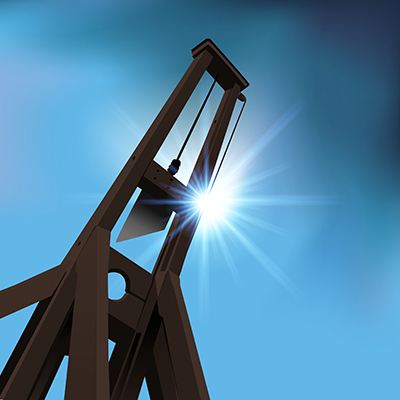 Democrats are quick to pick up and echo the same talking point. Deja vu of the Journolist scandal, the newest coordination of message is drooling over how to exact revenge on Trump supporters with an Orwellian named Truth and Reconciliation Commission.

When this nightmare is over, we need a Truth and Reconciliation Commission. It would erase Trump’s lies, comfort those who have been harmed by his hatefulness, and name every official, politician, executive, and media mogul whose greed and cowardice enabled this catastrophe.

Bobby Reich [an appropriate last name, eh?] has for years demonstrated his basic contempt of fellow Americans. There is nothing sorrowful in his tweet; indeed, it drips with a lust equal to Madame Defarge. Chris Hayes had earlier used the same phrase, but obviously Reich missed the ratio and felt it necessary to nudge the suggestion ahead.

What do these Jacobian Democrats want? Hysteric Jennifer Rubin sure gives a few clues.

They should think more about atoning for the betrayal of their country than trying to escape the consequences of enabling a liar, racist and wannabe authoritarian. There are practical reasons for employers outside the right-wing bubble to reject not only those who were the face of the administration but also those who labored behind the scenes.

Are you now, or have you ever been, a supporter of President Trump and his policies?

(Trump administration) Employees who obstructed justice, misrepresented facts to courts or lied to Congress must be held responsible under criminal statutes and professional rules of conduct. State bar authorities will need to step up to identify behavior, which, if allowed to go unpunished, would bring disrepute on the profession and set a bad example for others. If elected, former vice president Joe Biden will need to decide how to clean house, which might involve investigating and holding departed Trump officials responsible.

Democrats will hunt down and destroy the careers of anyone connected with the Trump administration. It doesn’t matter if any of those people actually did anything illegal, the process of endless investigation will be the punishment, from keeping people under a permanent cloud and publicly identified to leave them at the mercy of the Leftwing mobs.

Hyperbole? Hardly. There were enough Leftist Democrats who were frustrated in their revenge efforts to have President Chimpy McHitlerBush and his administration jailed for “war crimes” after Obama was elected that their long fermented bile and hatred towards Americans who disagree with them that they will never accept a Biden refusal to act against Republicans. For months we’ve witnessed the Leftist riots and looting with little-to-no consequences for the perps. A Biden election will increase that violence. Not just Trump administration employees, but donor lists will be researched for targets to culturally cancel. Remember Brendan Eich?

Jennifer refuses to accept anything less than public confession and humiliation.

We as a country and as individuals need to decide whether those who are unremorseful, who seek no forgiveness and who admit no complicity in an administration that engaged in reprehensible conduct deserve to be welcomed back into “polite” society.

I disagree with Vance here that we are dealing with crybabies. Mere crybabies don’t burn cities, ambush police officers and sit in District Attorney Offices across the country refusing to bring charges against fiery but mostly peaceful protestors. Crybabies don’t knock the teeth from people who disagree on political matters or beating the elderly over political signs.

This is open revenge on people who dissent from Wokeness. And a vote for Child-sniffer Joe Biden and nihilist Comma-lah Harris is to endorse a campaign to seek out and destroy those Americans who support the President.

It is past time to take Democrats at their word.