Next post
Playing With Fire - Xi Versus Sleepy Joe 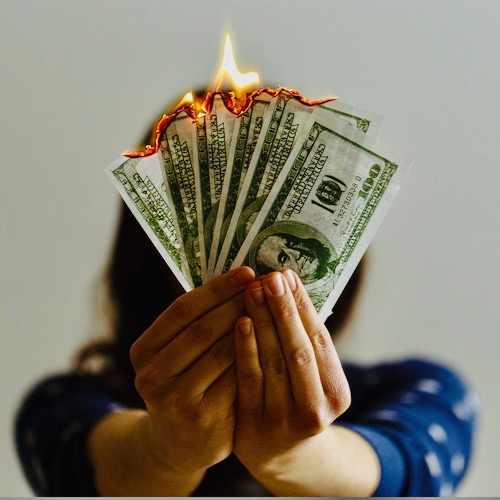 A recession has been defined as two successive quarters of declining gross domestic product. It has been this way for a long time. If Donald Trump was still president, that is how a recession would be defined – no if, ands, or buts.

But Joe Biden is sitting in the White House (more’s the pity) and the administration’s official position is “THIS IS NOT WHAT A RECESSION REALLY IS.”

Doocy: "If things are going so great, why are White House officials are redefining recession?"

Doocy: "It's two consecutive quarters of negative GDP growth… How is that not redefining recession?"

Jean-Pierre: "That's not the definition." pic.twitter.com/eyyvYdZWMj

Their spin is so incredibly bad, and anyone who is even mildly aware of what a recession is, knows that the current spending power of the American public is not good. At all. With inflation setting records, the only chance that Team Biden has is to convince everyone that it’s just all in their heads, and then try and change the dictionary definition in real time. Except that the numbers don’t agree with them.

The U.S. economy contracted for the second straight quarter from April to June, hitting a widely accepted rule of thumb for a recession, the Bureau of Economic Analysis reported Thursday.”

Gross domestic product fell 0.9% at an annualized pace for the period, according to the advance estimate. That follows a 1.6% decline in the first quarter and was worse than the Dow Jones estimate for a gain of 0.3%.”

Officially, the National Bureau of Economic Research declares recessions and expansions, and likely won’t make a judgment on the period in question for months if not longer.”

But a second straight negative GDP reading meets a long-held basic view of recession, despite the unusual circumstances of the decline and regardless of what the NBER decides. GDP is the broadest measure of the economy and encompasses the total level of goods and services produced during the period.”

These numbers are crap, and everyone knows it. But the Biden administration is going to spin this like the wind.

BIDEN: "We are on the right path…"

Meanwhile, 88 percent of citizens think the country is going in the wrong direction, while only 10 percent say it is on the right track. pic.twitter.com/f42NhaSi6c

So, they’re going to just say “this is fine” while people’s wallets are on fire, and insist on more government spending. WHAT COULD POSSIBLY GO WRONG? And where is the media? Faithfully carrying Joe Biden’s water. After all, he is a Democrat, and the definition of a recession under Joe Biden must be different than what it would have been under Donald Trump, because Donald Trump is the Bad Evil Orange Man, and Joe Biden is just poor old Grandpa Joe, who has the best of intentions but must deal with crisis after crisis (of his own making).

So we get treated to clips like this, where “experts” who are desperately sucking up to this administration are going to quibble about when we should start ACKSHUALLY counting the time of the GDP shrinking, and maybe this isn’t a “recession” because people are still getting jobs!

"…may be approaching a recession." Note the exquisitely careful wording, in keeping with the Biden administration's efforts to abandon the traditional two-down-quarters definition of a recession. https://t.co/lua9f9OaTA

BREAKING: The US economy shrinks for a second quarter, raising the odds of a recession https://t.co/EPVD7zKdSG

And NBC decided it would be brilliant to snap at Republicans for “attacking” the White House as they gamely try to spin the recession into nothingness.

Written by Shannon Pettypiece, the article opened with the statement that “White House officials have been increasingly trying to combat the narrative that the United States is on the brink of a recession as they look to get out ahead of grim economic data expected Thursday.”

Despite Pettypiece calling the current recession fears a “narrative,” economic data released Thursday revealed that the country has experienced two consecutive quarters of negative GDP – the definition of a recession.”

The author continued, portraying fair assertions that the country is headed into a recession as “Republican attacks” that the White House is trying to weather as it spins a rosier view of the economic situation.”

“White House officials have been blanketing the airwaves over the past week, briefing reporters, putting out blog posts and urging surrogates to amplify their message as they seek to highlight areas of strength in the economy amid growing Republican attacks,” she wrote.”

The piece mentioned that the White House sees current “strong job growth as hopeful sign for the economy” even though “inflation is putting pressure on consumers.” A senior administration official told Pettypiece that “one of their concerns is that fears of a recession will cause consumers to pull back, creating a ‘negative self-fulfilling prophecy.’”

So, recessions are self-fulfilling prophecies now? Try another one. The American public isn’t blind – everything costs more right now. No one is convinced with Team Biden’s Jedi mind trick that runaway inflation and a contracting economy isn’t happening. So now the media – and again, if this was Donald Trump’s administration, we all know what the headlines would be – is going to continue to set fire to what little credibility they had left (it wasn’t much) in order to tell the American public that it’s not a recession because we’re just going to go full Orwell on the definition of one.

Again, the only correction we have against this insanity is the ballot box. November cannot come fast enough.

UPDATE 11:15 am PT
Joe Biden has read his cue cards to the media, and this is so totally not a recession, everyone.

Joe Biden says that the economy is doing perfect, says "That doesn't sound like a recession to me," and then leaves without taking questions. pic.twitter.com/fzZmFEvqmE

Don’t panic, all is well.