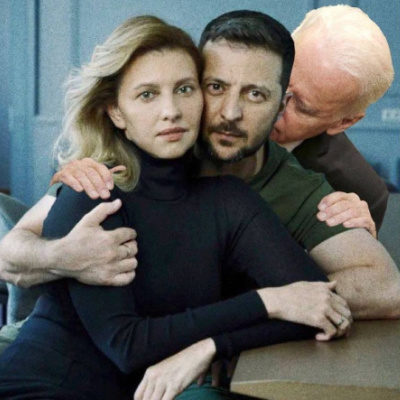 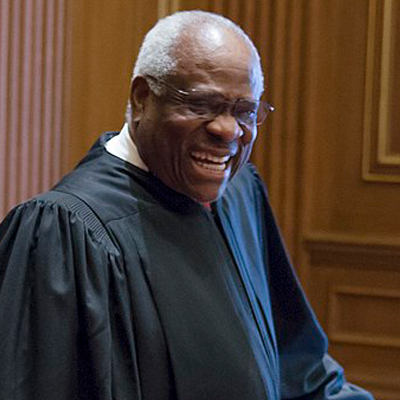 by Kim Hirsch in Education 6 Comments

Cancel culture has reached its slimy tentacles into our nation’s highest court and seized Supreme Court Justice Clarence Thomas. He announced on Wednesday that he would not co-teach a law seminar at George Washington University this fall, where he has taught since 2011.

Justice Thomas was to have co-taught a Constitutional Law Seminar with Gregory Maggs, a judge of the U.S. Court of Appeals for the Armed Forces, as they had for over ten years. Maggs wrote in an email:

“Unfortunately, I am writing with some sad news: Justice Thomas has informed me that he is unavailable to co-teach the seminar this fall. I know that this is disappointing.”

“I am very sorry. The seminar has not been canceled but I will now be the sole instructor. For those of you still interested in taking the course, I assure you that we will make the best of the new situation.”

It sounds like Maggs and the faculty at GWU were broadsided by Thomas’s announcement, especially since the university had confirmed that the Justice would remain, despite student backlash to the Dobbs decision. “Debate is an essential part of our university’s academic and educational mission,” said the university in June.

Well, yes. You would think so — at least that’s the way it was when I was in college. But that was long before cancel culture warped the brains of easily upset students.

Students at GWU, still in hysterics over Dobbs, composed a petition demanding that the university remove Thomas from the law faculty. The petition contains all the usual code words and screeds you might expect from woke children:

“With his explicit intention to further strip the rights of queer people and remove the ability for people to practice safe sex without fear of pregnancy, it is evident that the employment of Clarence Thomas at George Washington University is completely unacceptable.”

The petition also contained terms such as “people with wombs,” and charged that “Judge (italics mine) Thomas is actively making life unsafe for thousands of students on our campus (not to mention thousands of campuses across the country).”

But that wasn’t all. A group of fifty “student leaders” also penned an open letter which accused Thomas of asserting “that it should be legal to strip his queer students of not only their expression but to allow their existence to be criminalized.”

And this is all in the name of “academic freedom,” claimed the authors, which they said “means to learn freely and fairly – absent of discrimination.”

These students may be full of hubris, but they certainly lack self-awareness.

We don’t know the whole story, of course. But it sure seems like it.

BREAKING: Supreme Court Justice Clarence Thomas resigns from his teaching position at George Washington University’s law school after students stage large protests over his extremist views on abortion and gay marriage. RT TO THANK THE STUDENTS FOR STANDING UP TO JUSTICE THOMAS!

And this from a Democrat operative for Biden and Obama:

BREAKING: Clarence Thomas was recently forced to back out of a teaching gig at GW due to a student uproar.

However, law professor Jonathan Turley, who teaches at George Washington, suggested that Justice Thomas’s age and the Court’s full docket may have affected the decision. Turley tweeted:

“At 74 and a docket full of potentially historic opinions in the upcoming term, Justice Thomas can be excused in being “unavailable” to teach. However, his cessation (even if temporary) is a huge loss to our students and our school.”

George Washington College Republicans also referenced his “availability” in their official statement. But they also expressed alarm at the effects that cancel culture have on speech:

“We recognize that the current reports indicate Justice Thomas made this decision based on his availability, but the uproar from the student body regarding his presence as faculty – and the incessant hostility shown towards conservative students and beliefs on campus in general – is great cause for alarm and must be addressed by the university.”

Yet the biggest losers here are the idiot students who may have successfully booted Justice Thomas. That’s because not only would they have had the privilege of learning from a Supreme Court Justice, but the seminar he co-taught, “Leading Cases in Context,” would’ve provided them with inside knowledge about important cases. The course catalog states that the seminar would provide the opportunity to study “a more complete story of a number of leading cases than is usually presented in Constitutional Law courses.” Plus, the description reads:

“Opinions in leading Supreme Court cases usually reveal only part of a complex story. Although they discuss the facts immediately leading to the litigation, they often do not fully expose the motivations of the litigants or the social and political context of legal controversies. The opinions also cannot describe the reactions to the Court’s decisions or the decisions’ subsequent influence.”

Any of us who attended college or university can probably look back at stupid stuff we did. Most of us lived through our foolish mistakes, and even learned from them. But I wonder if the fragile cupcakes who prevented a sitting Supreme Court Justice from imparting his rare knowledge to them will ever regret their shenanigans?