Next post
Oprah: Whiteness Gives You The Advantage, No Matter What 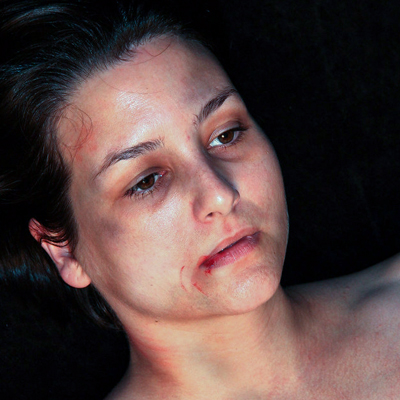 by Kim Hirsch in politics 24 Comments

Few crimes are as devastating as rape. Yet in July, MN Attorney General Keith Ellison recommended that women not call police to report the crime.

Wait, you didn’t hear about that? Of course you didn’t, because not only is it an incredibly dumbass idea, Ellison’s reasoning is atrocious. So naturally the mainstream media didn’t want you to know about it.

“If you’re a woman who’s been a victim of a sexual assault, and the assailant ran away, wouldn’t you rather talk to somebody who is trained in helping you deal with what you’re dealing with, as opposed to somebody whose main training is that they know how to use a firearm? Right?”

Do you see why mainstream news reports didn’t pick this up? Instead, if you do a Google search, you’ll find that only blogs reported it. And it’s not as if it’s rumor or fake news, either. Here’s a video of Ellison with Bass and Alcindor in that Zoom conference:

That’s repugnant on so many levels. First of all, Ellison insulted police and their training. As one Twitter user responded:

“How is this guy an AG? Doesn’t he know they have special units trained to deal with sexual assault victims. What an insult – “their main training is how to use a weapon.” Yes, help the victim, but catch the perp! Good grief.”

In addition, a rape victim expressed her gratitude for the police who helped her:

“Having been raped, I didn’t feel safe until I knew that the perpetrators were caught and was grateful for the police. Also, it was the police who directed me to community resources to help with the trauma and therapeutic resolutions. The ignorance of this man is insulting.”

Secondly, this utterly absurd idea regards rape as not that big a deal, which is inconceivable in this #MeToo era.

Rape is brutal and humiliating, and a woman damned well wants the bastard caught. She doesn’t want a social worker. She wants a cop with a gun to arrest the perp. And she secretly wishes the cop could shoot his fucking balls off, too. So does her boyfriend, husband, father, or brother.

What would Ellison have a woman do during a rape — just relax and enjoy it?  And then call a social worker?

The sad truth is that a woman who’s been raped may never feel secure again.

But there’s a reason why Attorney General Keith Ellison might have such disregard for women. Turns out he has some ‘splainin’ to do about the way he treated an ex-girlfriend.

In 2018, Karen Monahan accused Ellison of domestic abuse. As a result of the abuse, she said that she suffered PTSD, not only emotionally but physically as well.

“By time I left the relationship in the middle of January 2017, my hair was falling out, I had severe pain in my neck, back and legs. My social life was suffering due to isolation, my work was slipping and it was all becoming noticeable. . . .”

“I went to the Dr. as soon as I left the relationship. I was told I was anemic, my red blood cells were very low. My magnesium was low, central nervous system was out of balance and much more.”

She also posted the paperwork from one of her doctor visits.

@MSNBC @CNN @CBSNews
Here is one of my Dr visits stating the abuse that occurred.
It amazes me the measures people have to take for their humanity to be validated. #metoo pic.twitter.com/7J0U5qwH4n

But Ellison is a Democrat, so #MeToo doesn’t count.

Now there’s another person in that video whom you may recognize, and that’s Rep. Karen Bass of California. The fact that she didn’t seem to push back on Ellison’s bullshit idea should make you raise your eyebrows over your scalp and drop your jaw to the floor.

That’s because Bass is on Joe Biden’s short list as a Vice Presidential candidate. 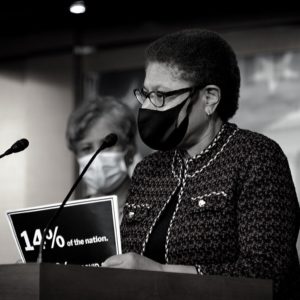 Not only did Bass praise the Church of Scientology when they opened their world headquarters in Los Angeles in 2010, she also lauded Fidel Castro. Even the New York Times admitted that Bass would be “the most liberal politician chosen for vice president since Jimmy Carter tapped Walter F. Mondale as his running mate in 1976.”

But now we see Bass in a Zoom conference with Keith Ellison, a domestic abuser who says that women shouldn’t call police if they’re raped. And Bass doesn’t push back against his comments, because she would rather discredit law enforcement than defend women. How cynical. Yet this woman just might become Vice President.

No wonder major news networks didn’t tell us about this video.