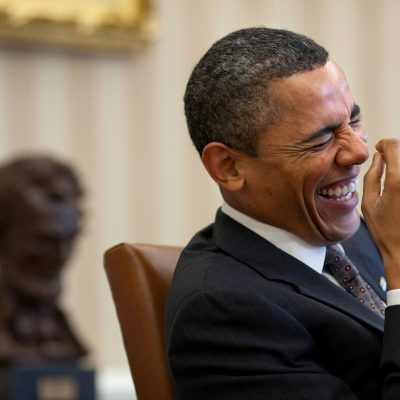 Quote of the Day: Trump Hasn’t Won Yet 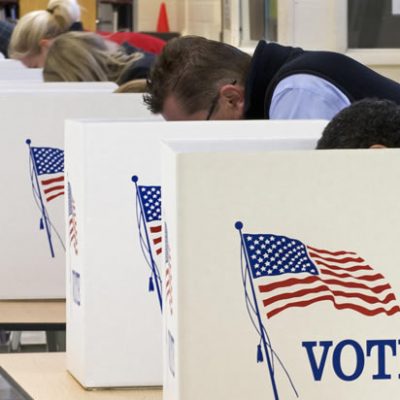 Quote of the Day: Trump Hasn’t Won Yet

After Trump won in Nevada, for many people, it spelled the end. Plenty of media outlets, led by Matt Drudge, have been rushing to announce that the race is over; the nomination is all but Trump’s. Pack it up, bring it home — Trump will be the nominee, and the country is doomed. Suffice it to say, the Nevada caucus results have ushered in a lot of pessimism. But not so fast, says Lou Cannon. Cannon was the Washington Post’s senior White House correspondent during Ronald Reagan’s presidency, and later his biographer, writing five books about Reagan. And he wants everyone to stop assuming that Trump is the inevitable nominee.

After months of dismissing Donald Trump, many pundits are now anointing him with the Republican presidential nomination. I find this premature. With Tuesday night’s win in the Nevada caucuses, Trump has only 79 of the 1,237 delegates needed. He is “stuck” in the mid-30s of support, sufficient to win primaries with a platoon of candidates but not in a head-to-head race. Dan Balz of The Washington Post points to vulnerabilities: Trump had the lowest percentage of any South Carolina primary winner in the last 10 contests. Late-deciding voters broke against the billionaire businessman, giving him a victory margin less than his lead in pre-primary polls.

… Trump has a solid and seemingly unshakable populist base among working-class voters without a college education. But he also has sky-high unfavorable ratings, with 28 percent of Republicans saying they’d never vote for him. Indeed, Gallup’s surveys show Trump has the highest unfavorables of any presidential candidate in modern history, a net minus 70 among Democrats and a net minus 27 among independents.

… The Republican candidates will split 595 delegates in a dozen Super Tuesday primaries on March 1. If Trump were to continue at his present pace, he’d win a little more than 200 of them. But on March 15 the Florida and Ohio primaries alone will yield 165 delegates. If Trump or anyone else wins both these primaries, he would likely jump to the top of the delegate count no matter what happens on Super Tuesday and become a prohibitive favorite for the nomination.

How likely is that? Trump will face his three principal opponents in their home-state primaries in the next three weeks. In Texas, part of the Super Tuesday slate, Trump trails Texas Sen. Ted Cruz by 9.3 points in the RealClearPolitics average of polls.

In Ohio, the latest poll cited by RCP was released this week and showed Trump ahead of Ohio Gov. John Kasich by five points. Kasich has a high approval rating in his home state and could win the primary if he’s still part of the conversation by March 15.

… I covered Ronald Reagan for The Washington Post in 1976 when, challenging President Gerald Ford, he lost the first six primaries. The situation was so bleak in the Reagan camp that some aides were privately exploring jobs in Ford’s fall campaign. But Reagan did not quit on Reagan. He won a North Carolina primary he’d been expected to lose and battled Ford all the way to the Republican National Convention in Kansas City, giving himself a flying head start for 1980.

Things certainly look bleak — at least, for anyone with a modicum of intelligence and actual conservative principles. It’s easy to fall into despair. Trump certainly has momentum working for him right now. He has supporters who are angry and completely blind to any reason or logic. They don’t care that Trump will almost certainly lose the general election. They don’t care that he is a liberal extremist who is pro-abortion, loves Obamacare, and is not above using government power to get his own way. They only care that he’s loud and feeds their anger.

That doesn’t mean that all is lost, though. The fact of the matter is, the majority of voters don’t support Trump. It’s not too late for the tide to turn. There is still hope. The fight isn’t over. It’s only over if we give up. Things looked bad for Reagan at this point in the primary, too, and he not only won the nomination, he was one of the best presidents this country has ever seen. So keep strong, and keep the faith. This is the future of our country that we’re fighting for… and it’s worth the struggle.