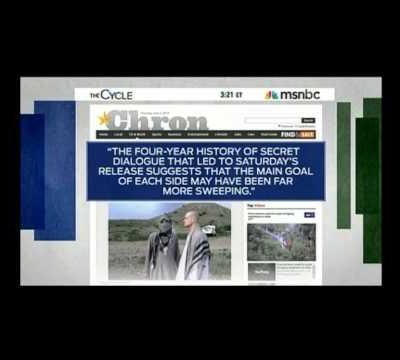 Three hundred more children-who-are-the-responsibility-of-other-countries are shipped illegally to my State of Arizona, on top of the overwhelming and dangerous number of illegal aliens already here who are sucking our resources dry and wrecking criminal havoc on our culture and our laws.

I see absolutely no difference between Obama and the human smugglers that take advantage of desperate situations to further their own well-being, be it political advantage or financial gain.

The recent deluge of “immigrants” are mostly from Central America, where rumors about amnesty, financial assistance, and a plethora of other American benefits are being spread by human smugglers, better known as “coyotes”.  And where do these “coyotes” get their inspiration?

Why, from our own President Barack Obama!  Coyote-in Chief.

And now we have Obama’s army of attorneys hired to protect the interests of illegal immigrants flooding into our country .    That’s funny…I haven’t heard from any attorneys interested in protecting my rights and interests that are eroding day by day, if not hour by hour.

In other words, this “humanitarian crisis” is  a Democratic voter registration drive.

Smugglers cannot get rich without promising new opportunities in the land of plenty:

“Desperate migrants from Central America may cling to any slim reed of hope. This false rumor of a ‘new opportunity’ is leading some to embark on a dangerous journey. They have no idea what they are facing. The smugglers are milking this situation for all it’s worth,” said Dan Kowalski, an immigration attorney in Austin, Texas.

“Ramos, who was apprehended in Texas after traveling there by bus and by foot, was flown to Arizona, then bused this week to Phoenix to join an informal encampment of migrant families that has sprung up at the bus terminal.  Ramos said she was with about 20 other families with children — some as young as a few months old — when apprehended. They had looked forward to being caught, she said _ at one point even waving down federal helicopters — because of the welcoming treatment they had assumed they would receive.”

And some countries are actually advertising how to get into the United States illegally:

“What we do know is what’s driving these people to come over from central America is the talk of amnesty and immigration reform that started a year or two ago,” Harris said.  However, Harris said this is issue is much larger than that.

Harris said adults who cross over are turning themselves in to Border Patrol agents.

He said the immigrants get processed, released, and receive a court date. However, he said many of them disappear after that and never show up to court.

Harris said shortly after they disappear, they try to get jobs in the U.S.

“For them to get jobs and the state-sponsored benefits,” Harris said. “They have to steal somebody’s identity to do that and that happens a lot more often than people realize.”

“Some of these countries are actually advertising their citizens to migrate illegally into the U.S.,” Harris said.

You know, things could probably go a lot smoother for these people if they just showed up at Gitmo.  They’d be better treated.  Granted, they’d have to take a detour to Qatar, but I hear the accommodations are better than a bus station.

But I digress. President Barack Obama has declared an “urgent humanitarian situation” along the southwest border.  Which, amazingly, coincides with his push for amnesty.  Where’s my shocked face?

This coming from a President who has chosen to ignore (over and over and over again) laws, the Constitution and the needs and well-being of the CITIZENS OF THE UNITED STATES.

The “urgent humanitarian situation” is not happening at the border.

It’s happening within the borders of our own country.  And it’s United States citizens that are in an “urgent situation”.

We are in urgent need of a leader who puts the American people first.  Hell….we just need a real President.