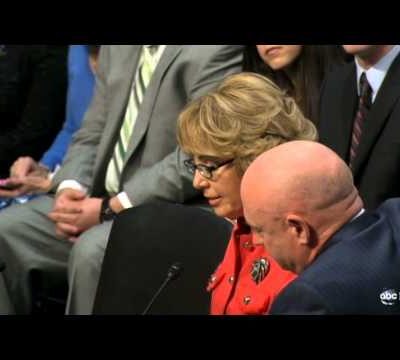 Feminists just cannot stand when us evil, sexist, misogynist jerks mention the biological fact that women are weaker than men in the whole “should women be in combat” debate. The newest rebuttal? It’s, like, totally so easy to drag someone out of combat. Check out this girl wearing skimpy workout gear doing it! 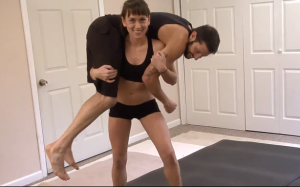 See? See?! THIS PROVES IT!! There are NO biological differences between men and women! Women can totally carry a fallen soldier out of combat!!

American troops are trained use the fireman’s carry, which is a way of sort of slinging a dude over your shoulder, as seen in the GIF at right. It’s shockingly easy. It’s so easy that in instructional YouTubes, the carried sometimes laugh with surprise. Earlier this month, on vacation, I ran in circles while fireman-carrying my (admittedly indie-rock thin) 6’2″ male friend on a Miami beach, because it was funny. There are tons of YouTubes of women carrying men this way.

Oh, whoops… there are a few small problems with this. This is pretty much meaningless for several reasons.

First, notice what the people in the pictures are wearing? Pretty much nothing. Unfortunately, that’s not quite how it works when you’re in combat. Add in anywhere from 50 – 100lbs of gear on each person in the photos, and then you’ll be a little more accurate. And then it’s not so easy anymore, is it?

Second, in these examples, the people are both standing up. That’s probably not going to happen when you’re in a combat situation where your buddy needs to be carried out. If they need to be carried, it’s probably because they’ve been injured. They won’t be able to stand there helpfully while you lift them over your shoulders. The thing is, doing a fireman’s carry from a standing position is not that difficult, as pictured. Doing it with someone who is laying on the ground is much harder. And a person who is limp and/or lifeless is much heavier and more difficult to carry.

Third, you’re not just standing there grinning like a doofus after you picked them up, going “Woohoo! I picked someone up! YEAH, BABY!”. You have to walk, if not run. In many situations, you’re not only running with someone on your shoulders, you’re also having to dodge incoming fire.

I think we’ve established that carrying someone out of combat is not quite as easy as picking a half-naked person up in a nice, comfortable, air-conditioned gym while wearing a bikini.

Are there women who could do it? Of course there are. The issue is not whether or not these women exist. They do. The issue is that the vast majority of women can’t do it, and with General Dempsey implying that standards will be lowered for women, this is an understandable concern.

But let’s ignore facts, shall we? Political correctness is way more important at the end of the day.