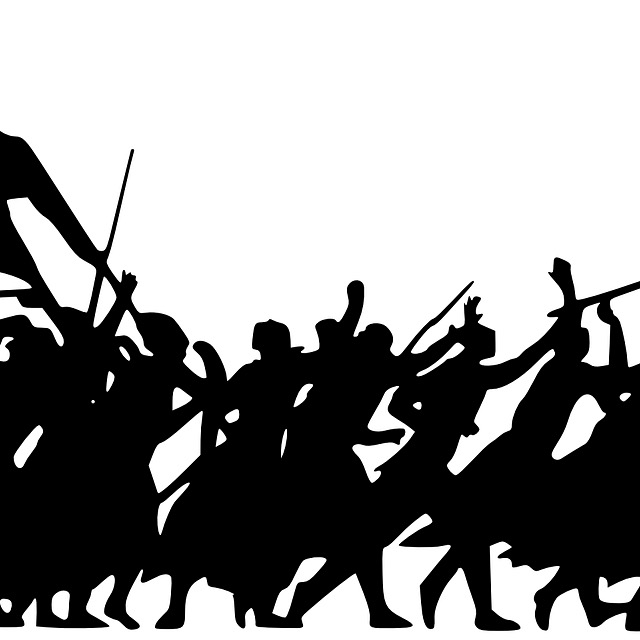 The Philadelphia riots have zero to do with Walter Wallace, the victim who was shot by police after menacing them with a knife. These riots are useful opportunities for thugs to loot and destroy businesses and the city.

“Protesters looted stores and scuffled with police late Tuesday in a second night of street protests over the fatal police shooting of Walter Wallace Jr., a 27-year-old Black man, during a confrontation more than 24 hours earlier.

Local television and news websites showed looters entering stores in the Port Richmond neighborhood, northeast of the city center, while officers struggled with protesters in the heart of West Philadelphia, where Mr. Wallace was killed on Monday afternoon after approaching police officers with a knife.”

Further along in the article, the New York Times attempts to tell us, that this is just another instance of national demonstrations demanding justice, this time for Walter Wallace. A “demonstration” doesn’t end with people injured and hospitalized.

“Thirty police officers were injured during violent protests Monday night, including a female officer who suffered a broken leg after being hit by a car.”

That female officer wasn’t gently tapped by a car, she was targeted and run over. The violence was bad enough on Monday night. Tuesday it got even worse. Philadelphia Police sent out numerous alerts, such as this one.

“*Alert* A large crowd of appx 1000 is looting businesses in the area of Castor and Aramingo. Avoid the area”

What kind of looting? This kind.

Philadelphia rioters and looters destroying the inside of a Dollar Tree. pic.twitter.com/J4Gj2yz75R

Walmart was looted multiple times in the last two nights, as well as Rite Aid and a store that had just reopened three weeks ago after being destroyed by riots earlier this summer.

But this is about JUSTICE! JOBS! FOOD!

Those TV’s sure are nutritious!

The real violence is people without job who aren't able to find basic products anywhere, and have to do very long queues for receiving them in Government facilities. That's what happens in communist countries. pic.twitter.com/1yiNGryzaS

What Marc fails to realize, or refuses to realize, is that all those Philadelphia businesses that were just looted, including a significant number of small businesses will NOT be providing jobs for quite some time because of the rioting thugs. What Marc doesn’t understand is that the destruction of businesses that has been happening since the end of May will ensure that goods and services won’t be available to ANYONE and communism didn’t have a damned thing to do with this.

I guess it’s all ok though. You see, the Governor believes all of the destruction in Philadelphia is very “peaceful” destruction.

In the name of Justice or something, other cities had their own versions of quiet demonstrations take place last night.

““Burn the precinct to the ground, every city, every town!” the group, mainly clad in black, chanted as they marched near Boerum Place and Livingston Street in Downtown Brooklyn.

Near Willoughby and Jay streets, several protesters chucked rocks and bottles at police officers, sources said. Others in the group wielded pieces of wood.”

Portland and Seattle (both of whom are dealing with well over 100 days of protests), along with Los Angeles also had very calm riots last night.

If this was about justice for all, then how come those cordial thugs in Philadelphia went after Orthodox Jews who had shown up in support?

Orthodox Jews violently attacked by mob @ BLM protest last night in Philly. They told protesters they were there to show solidarity. Mob shouted anti Semitic & racist hate as they assaulted victims. Spoke to victim, says he feared for his life. This needs to be condemned by all! pic.twitter.com/oAY2kSaqM4

If this was about true justice and trying to keep cities from being destroyed, how come the Biden Campaign used Walter Wallace as a way to fundraise instead of condemning the violence? Because the violence is exactly what they want.

Police lost control of well over four city blocks last night due to the sheer numbers of tranquil thugs who showed up for free washing machines, tv’s, cell phones, clothes, and jewelry all in the name of justice.

The police had already visited Wallace THREE times the day he went after cops with a knife in his hand. Furthermore, cops had been called to that home regarding Wallace multiple times in the past, so dispatch told the responding officers on Monday to use caution. Wallace also had an extensive criminal history.

“He was arrested in March after he allegedly threatened his child’s mother over the phone, saying “I’ll shoot you and that house up.”

In 2019, he was charged with resisting arrest by “kicking the windows and door panels of a police patrol car.”

In 2016, during a robbery, he allegedly grabbed a woman by the neck and held what she believed to be a gun to her head, according to court records.

In 2013, Wallace’s mother had a protective order against him which he allegedly violated when he “threw water in her face and punched her in the face” and “threatened to return and shoot” her, according to court records.”

So again, these very cordial riots and that looting are all in the name of Justice for Walter Wallace. That’s what we are supposed to believe anyway.

As we’ve stated multiple times, stealing from a business, bashing in windows, setting fires, and causing injury to people isn’t justice and will not solve any real or perceived problems.

These riots are all about burning cities to the ground, and as long as those in power refuse to stand up to the mobs, the destruction will continue.