Next post
Glenn Greenwald Quits His Own Site Over Censorship 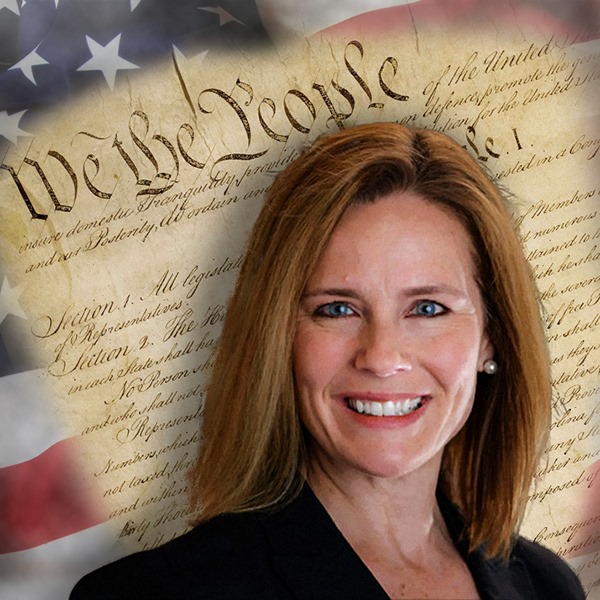 Scouts are supposed to be leaders and stand for justice in the face of opposition. But surrendering to the militant left after tweeting support for female SCOTUS justices (specifically ACB), the Girl Scouts crumbled like a box of Shortbread Trefoils.

The Girl Scouts earned their “bullied on Twitter” badge this evening. And promptly caved to the pressure, citing their “non-partisanship” and “nonpolitical” nature. Like a kid with their hand in the cookie jar, they got caught by their liberal overseers and immediately spewed the lamest lies to get out of trouble. Girl Scout leadership needs to review their “internet is forever” merit badge, and their integrity pledge.

Girl Scouts is political, and for at least the last decade continues to track left on social issues. If nonpolitical, why do they have a legislative agenda on their website? Right, because “nonpolitical” is newspeak for avoiding topics that make the progressive supporters angry. Nonpartisan means a shout-out to Hillary Clinton.

Being nonpolitical, they should remove the merit badges requiring political engagement by their members on topics such as,

Girl Scouts use their determination to lead every day in the fight for a clean environment, racial and gender equality, safety issues, local concerns, and so much more.

Girl Scouts will be prepared to lead the change in their town, state, and country! Starting with the Civics badges and gaining an in-depth understanding of how local, state, and federal government works. Getting ready to be a voter, an activist, or a political leader. Researching laws and understand how they’re created. Exploring how the electoral college works. Learning about the representation of women in government, and so much more. And to top it all off: researching government officials and making plans to meet them.”

In light of their complete withdrawal on recognizing all the women of SCOTUS, I find this badge particularly amusing.

Review Supreme Court rulings. Seriously folks, we can’t make this stuff up. An organization focused on empowering young women just signaled to those same young women that they must fit into a narrowly defined span. But not one like that of Supreme Court Justice Barrett who doesn’t share their ideology.

It’s the Victorian Era 2.0, where women are forced to confirm to the dominant culture’s definition of how a woman should behave, and what she can believe. Vie on those who think differently, and they shall be shunned!

This leadership should be ashamed of their complete failure to find one iota of fortitude and stand up for all women. They crumpled to the demands of the far left mob and now function as a blunt tool of demagoguery. No rational discussion about differing opinion, no admonishment about respecting the sacrifice and hard work it takes to make it as one of five women on SCOTUS. The response is telling in its hypocrisy – Girl Scouts USA is a cowering, simpering group of women who don’t have the backbone of a Brownie.

The hate radiating off the far left is palpable. These are some fired up women. A few even daring to, GASP!, cancel their cookie orders! It’s probably easier to take a liberal’s Bernie fangirl pillowcase and Beto blanket than remove a box of Thin Mints. But these harpies were so offended about ACB, they were willing to voluntarily relinquish those tasty morsels. Shouts of “CANCEL THE COOKIES!!” echoed across the twitter sphere.

Meanwhile, the really intolerant wanted to cancel the Girl Scouts. Well, at least reappropriate their funds (in true SJW style). Girl Scouts better watch those dark corners behind the cookie tables, the Radical Monarchs are coming for you. And these warriors don’t stop at social justice… they are going to take you down.

If you’re boycotting Girl Scout cookies and looking to spend your money elsewhere, consider donating to the @RadicalMonarchs. Their multi-year funding grant ran out this spring in the middle of the pandemic, and they need your support. https://t.co/v5xraGizCl pic.twitter.com/s2bDlNkAYD

It has for quite a long time been obvious that the Girl Scouts are focused on celebrating liberal alumni accomplishments. Their recent video on “leadership” has virtually no conservative women, outside of the very moderate Susan Collins.

The Girl Scouts doesn’t celebrate conservative women. For the rabid left there isn’t an accomplishment by a conservative woman that will overshadow their narrowly defined idea of what it means to be an acceptable role model to young women. The New York Post captures why ACB is perceived as a threat,

The post sparked immediate criticism on social media of both the Girl Scouts and Barrett, who many liberals consider a threat to abortion rights, Obamacare and other progressive matters because of her religious conservative and religious viewpoint.

Yes, to be an approved role model the rabid left demands support for killing babies as their number one priority. It’s the root of the crux right there. Amy has lived an exemplary life, has a substantial family, follows a particular religious doctrine, and will not commit to supporting infanticide.

Congresswoman Pressley came out swinging at both ACB and the Girl Scouts,

What kind of patch does one earn for uplifting a woman who is the antithesis of justice?

Wow, those are strong words coming from someone who doesn’t think unborn babies deserve justice.