Next post
President Trump Addresses The March For Life 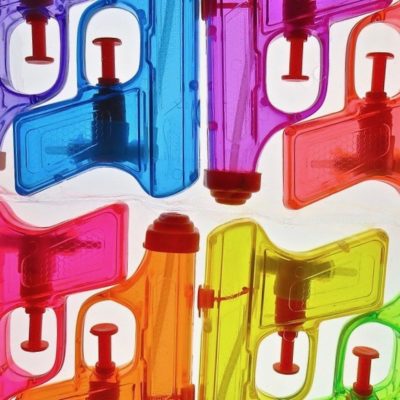 Teenagers today make for a very interesting cultural study. As a parent of a 14 year-old boy, I have a vested interest in the conversations that are going on with his peers. I read the articles, I observe the trends, I keep a close watch on what is the norm when it comes to behaviors and perspective.

Especially when they’re walking out of class in the name of ending violence and advocating for climate change.

I came across this particular perspective in Teen Vogue the other day, written by a teen whose school was placed on lockdown on the day 17 lives were claimed at Marjory Stoneman Douglas High School. According to the account, the lockdown was terrifying. Students were urinating where they could in plastic trash receptacles. Staff and students were crouched down in dark rooms for hours. It’s horrific and I am by no means diminishing this individual’s feelings of fear and trauma.

My son’s school was placed on lockdown several times this year. Because of the school’s proximity to various retail stores and the insurgence of unsanctioned tent encampments that crop up on open areas of property around the school, our neighborhood has seen an uptick in meth-addled street people peering in our cars and busting out windows, stealing boxes off our doorsteps and wielding weapons in our department stores and supermarkets. Is it scary when my son sends me a text message during a lockdown? Absolutely. But he, like other teens who are in a minority of his peers, do not feel taking away the rights and the weapons of well-meaning American citizens is the answer. Starting at the age of 11, he has handled a weapon, he has cleaned a weapon and he has fired a weapon. He understands the gravity in all of this.

Unfortunately, the mainstream media who owns the voice of our teens today drown out any reason but their own agendas. The author of the op-ed in Teen Vogue felt so passionate about the issue to become a March for Our Lives activist. March for Our Lives has come up with this acronym, C.H.A.N.G.E, a “Peace Plan”, if you will:

CHANGE THE STANDARDS OF GUN OWNERSHIP:
Advocate and pass legislation to raise the national standard for gun ownership: a national licensing and registry system that promotes responsible gun ownership;
a ban on assault weapons, high-capacity magazines, and other weapons of war; policies to disarm gun owners who pose a risk to themselves or others; and a national gun buy-back program to reduce the estimated 2655-3936 million firearms in circulation by at least 30%.

HALVE THE RATE OF GUN DEATHS IN 10 YEARS:
Mobilize an urgent and comprehensive federal response: declare a national
emergency around gun violence and announce an audacious goal to reduce gun injuries and deaths by 50% in 10 years, thereby saving up to 200,000 American lives.

ACCOUNTABILITY FOR THE GUN LOBBY AND INDUSTRY:
Hold the gun lobby and industry accountable for decades of illegal behavior and misguided policies intended to shield only themselves; reexamine the District of Columbia v. Heller interpretation of the Second Amendment; initiate both FEC and IRS investigations into the NRA, and fully repeal the Protection of Lawful Commerce in Arms Act.

NAME A DIRECTOR OF GUN VIOLENCE PREVENTION:
Appoint a National Director of Gun Violence Prevention (GVP) who reports directly
to the President, with the mandate to operationalize our federal goals and empower existing federal agencies such as the Bureau of Alcohol, Tobacco, Firearms, and Explosives (ATF), the Department of Health and Human Services, and the Centers for Disease Control (CDC) – agencies that have all been structurally weakened by the gun lobby. The National Director of GVP would begin by overseeing a down payment of $250 million in annual funding for research by the CDC and other federal agencies on gun violence prevention.

EMPOWER THE NEXT GENERATION:
Automatically register eligible voters and mail voter registration cards to all Americans when they turn 18. Create the “Safety Corps,” a Peace Corps for gun violence prevention. Younger generations are disproportionately affected by gun violence. They should have a say in how their country solves this epidemic.-March For Our Lives Peace Plan

Looks good on paper, right? (To them, anyway.) But their perspective in C.H.A.N.G.E is ineffective at best. The targets for this particular type of C.H.A.N.G.E do not give a rip if they are a danger to themselves and others. Why? Because it is assumed that the individuals who inflict violence upon others with guns actually obtained their weapons legally (some did) or they actually care about other innocent lives. It is assumed that they will be forced to follow laws which we know they won’t follow because they either do not care or are not in their right minds to do so.

Let’s look at who this “director” may be? How much of an annual salary will they make? Looks like a good job for their poster boy, David Hogg, when he graduates Harvard:

Here’s a crazy idea, what if we put people that have actually taught in charge of the education system?

Hmm, maybe, then, Hogg would know the difference between plural and possessive usage when he decides to call all gun owners “Nazi’s”? Just spitballing here. By the way, nice going, Harvard. Way to reward the stupid white boy who has no command of basic English 101 and take a spot away from a hard-working minority. Privilege.

We move on to what could be quite possibly, the most important element in this “Peace Plan”-Community-Based Solutions. Just a few days ago, there was a lethal shooting in the city of Seattle-a city that has been overrun recently by homelessness, drug-addiction and crime. Here’s yet another perspective MFOL does not take into account here. Seattle is a city where policy makers, a feckless city council and oblivious mayor have stripped away law enforcement’s rights to do ANYTHING to protect innocent residents. Seattle is a community largely run by liberal democrats who advocate for gun control but let criminals run free in the streets. They bounce them as quick as they can from King Country Jail. The festering sore of this city translates over to state politics, policies and more ineffectiveness:

I am sick for those impacted by the gun violence in Seattle tonight.

What Inslee did not mention was this perspective: the long list of felonies these shooters were charged with before this spree. Gang members. Do you think, for a moment, they cared about whether or not their guns would hurt people? Do you think, for a moment, they were concerned with the legalities in handling these weapons? These gang members? Likely statistics in a system. Likely misguided youth and troubled at school. Likely suspended, maybe expelled and possibly reintegrated into the school system because all students deserve a fair chance at obtaining a high school diploma.

We have high-school teenagers in states such as California who will never get suspended. There are no consequences for mouthing off, violence and vandalism in our schools. Those are the “cool” kids. Those are the boys some parents’ daughters drool over. The “social outcasts” at schools are bullied through the psychological and toxic channels of social media and they, in turn, bully back. Google “teenagers on SnapChat” and see what pops up. It’s frightening. Our perspective as parents is all wrong. We have parents who freak the frig out over WATER GUNS and forbid their preschoolers from playing with super-soakers on a hot summer’s day. And heaven forbid they get pelted with a plastic bullet in a Nerf war! We have created a community of disrespect, self-interest, vanity, followers and whiny, wimpy brats instead of a community of respect, loyalty, individuality, independence and understanding amongst our teens and we need to stop.

Finally, in their “Plan for Peace”, MFOL talks about empowering a generation. From their perspective, this means encouraging them to chant blindly in the streets. But do we really empower them by encouraging this fear in our teenagers and capitalizing on it? The only thing some teenagers know how to shoot is the perfect, VSCO-duck-faced selfie. And does MFOL really think by making a smug-faced, foul-mouthed, disrespectful, chuckle-head like Hogg their poster boy is empowering a generation? You know what’s empowering? Knowing the Second Amendment. Here you go, teens. Perspective. Read. Ask questions. Go bravely into your future. Blaze a trail. Rock on. This is our gift to you.