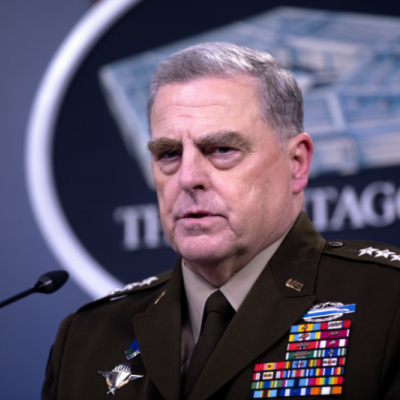 Bob Woodward, of Watergate fame, and his co-author Robert Costa, have a new book “Peril” that will be released next week. If you never believed in the Deep State or The Swamp, you will. The top takeaways from the book paint Chairman of the Joint Chiefs of Staff, General Mark Milley, as a major villain and possibly guilty of treason.

I have not believed much written by Bob Woodward, since his 1987 claim to have interviewed the late CIA Director William Casey while he was comatose. I wouldn’t believe anything from his book “Peril”, except that it is of a piece with everything done to President Donald Trump since he came down the gold escalator in 2015. Since then we have had the FBI and the fake “Russia Collusion”, we have had the State Department and Lt. Col. Alexander Vindman and the “Ukraine phone call”, and we have had the January 6 “INSURRECTION”. Fevered, hyper-ventillating, foaming at the mouth Liberals praying to finally get something on Trump got old.

The authors claim to have interviewed 200 people “in the know” on condition of anonymity.

I have been on Mark Milley’s case since his “White Rage” testimony. His complicity in the Afghanistan cluster and murder of 13 military personnel in Kabul has only strengthened my resolve that he needs to get gone.

The Washington Post, employer of authors Woodward and Costa, released excerpts from “Peril” today. From the article:

In a pair of secret phone calls, Gen. Mark A. Milley, the chairman of the Joint Chiefs of Staff, assured his Chinese counterpart, Gen. Li Zuocheng of the People’s Liberation Army, that the United States would not strike, according to a new book by Washington Post associate editor Bob Woodward and national political reporter Robert Costa.

The first call was prompted by Milley’s review of intelligence suggesting the Chinese believed the United States was preparing to attack. That belief, the authors write, was based on tensions over military exercises in the South China Sea, and deepened by Trump’s belligerent rhetoric toward China.

In the book’s account, Milley went so far as to pledge he would alert his counterpart in the event of a U.S. attack, stressing the rapport they’d established through a backchannel. “General Li, you and I have known each other for now five years. If we’re going to attack, I’m going to call you ahead of time. It’s not going to be a surprise.”

Li took the chairman at his word, the authors write in the book, “Peril,” which is set to be released next week.

In the second call, placed to address Chinese fears about the events of Jan. 6, Li wasn’t as easily assuaged, even after Milley promised him, “We are 100 percent steady. Everything’s fine. But democracy can be sloppy sometimes.”

Milley was waaaay out of his lane. The Chairman of the Joint Chiefs of Staff is NOT in the chain of command. He serves at the pleasure of the President. He reports to the Secretary of Defense, at the time, Mark Esper. Nowhere in any excerpt does it say that Milley cleared the calls through Esper. The articles I read all say that Milley never advised President Trump of his phone calls.

John King of CNN was practically panting as he introduced Jamie Gangel to talk about “Peril”:

Here is the part about summoning the Generals from the WaPo article:

Milley also summoned senior officers to review the procedures for launching nuclear weapons, saying the president alone could give the order — but, crucially, that he, Milley, also had to be involved. Looking each in the eye, Milley asked the officers to affirm that they had understood, the authors write, in what he considered an “oath.”

The chairman knew that he was “pulling a Schlesinger,” the authors write, resorting to measures resembling the ones taken in August 1974 by James R. Schlesinger, the secretary of defense at the time. Schlesinger told military officials to check with him and the chairman of the Joint Chiefs before carrying out orders from President Richard M. Nixon, who was facing impeachment at the time.

Though Milley went furthest in seeking to stave off a national security crisis, his alarm was shared throughout the highest ranks of the administration, the authors reveal. CIA Director Gina Haspel, for instance, reportedly told Milley, “We are on the way to a right-wing coup.”

Okaaay? Why did Milley think that his fellow senior officers needed to reaffirm their oath to the procedures? One might think that by the time you get to senior leadership, one would understand the nuclear launch procedures. Or, maybe Milley was trying to agitate the senior leadership against Donald Trump. My money is on the second option.

The immediate motivation, according to the book, was the Jan. 8 call from Pelosi, who demanded to know, “What precautions are available to prevent an unstable president from initiating military hostilities or from accessing the launch codes and ordering a nuclear strike?” Milley assured her that there were “a lot of checks in the system.”

The call transcript obtained by the authors shows Pelosi telling Milley, referring to Trump, “He’s crazy. You know he’s crazy. … He’s crazy and what he did yesterday is further evidence of his craziness.” Milley replied, “I agree with you on everything.”

Mark Milley and Nancy Pelosi calling Trump crazy is rich. The idea that anyone who stays in D.C. for more than a decade is sane is insane.

The “insurrection” wasn’t on Janurary 6th. The insurrection was Mark Milley undermining authority of a duly elected president and secretly reaching out to the CCP. Strip him of his designation and court martial him. https://t.co/3QmrBedxsf

There has been a coup or insurrection going on in the permanent ruling class since before Donald Trump came down the elevator. We shouldn’t be surprised by any of this any more. Our Nation is in peril, but it’s not from Donald Trump. Mark Milley should be court martialed, tried for treason, and sentenced to Fort Leavenworth, for a start, in my humble opinion.