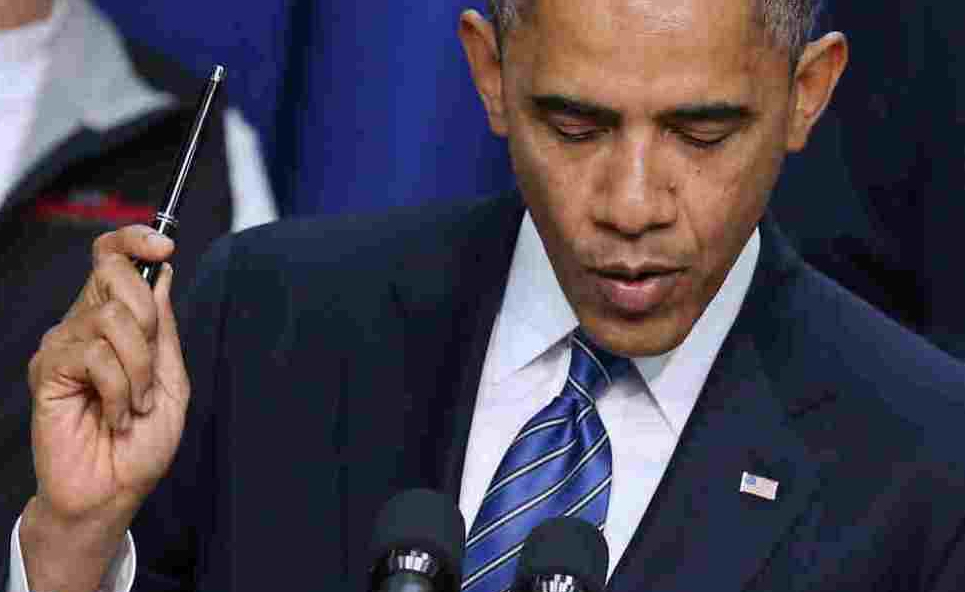 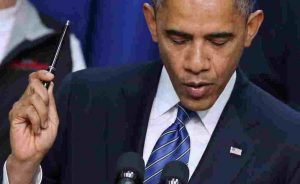 Once again, the Naked Emperor has proven he’s nothing but a political animal, beholden only to his radical base. As threatened, the Empty Chair has, this afternoon, quietly vetoed the bipartisan Keystone XL Pipeline Bill, the construction of which the majority of Americans support. From Fox News:

“To date, Obama has issued just two vetoes, fewer than any U.S. president since the 19th century. By contrast, in just one term, President George H.W. Bush issued 44.

But Obama’s sparing use of the veto is expected to change. White House Press Secretary Josh Earnest said the president will veto the Keystone legislation later Tuesday, despite it passing with bipartisan support.

And with Republicans now in control of Congress, their efforts to chip away at the president’s health care law and other legislative accomplishments are just as likely to be met with Obama’s veto pen.

The question, for the Keystone and other bills, will be whether House Speaker John Boehner and Senate Majority Leader Mitch McConnell can muster the votes to override.”

Don’t hold your breath. Because, for example, even though a handful of Democrat senators disagree with Obama’s illegal Executive Amnesty power grab, they have failed to side with the Republicans, our Constitution, and the people, in opposition, continuing to shoot down DHS funding in the Senate. So expecting them to help override his Veto Pen is as likely as Al Sharpton writing a fat check to the I.R.S.

Here’s the reality of the uphill battle:

If you can stomach it, here’s the message Zero sent to the Senate:

Mr. O loved it when Harry Reid was running interference for him for Six. Long. Years. Signing everything that landed on his desk, much of which was highly unpopular with the majority of voters **cough ObamaCare** But now that the insufferable PitBull Harry has been neutered, O’s hyper-partisanship is on full display. Barack Obama has never governed as a POTUS. He has never represented We the People, but rather a small base of radicals to whom he owes his infinite allegiance. And now that he’s standing Naked in the Wind, everyone, at least those who wish to, will finally see who his true constituents are.