Previous post
"SofTouch" Is a Kindler, Gentler Abortion Method. Not For the Unborn, Of Course. [VIDEO] 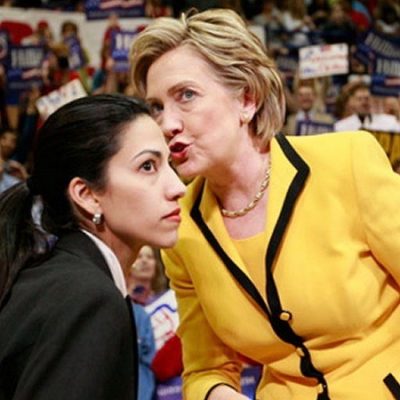 by Jodi Giddings in Headlines 12 Comments

By now you may have seen photos and videos like these leaking out of Iran:

To see the feminists of the Women’s March embrace the hijab as a symbol of diversity & empowerment is an affront to many women *forced* to wear it. Those who fetishise the hijab/niqab/burqa ignore the plight of millions of oppressed women.https://t.co/Pg5Yl6RKw4 pic.twitter.com/uD6boua2gv

It takes bravery for oppressed people, particularly women, to protest in an Islamic republic like Iran. They deserve our support, writes @RitaPanahi >> https://t.co/a3H6xFalXP pic.twitter.com/SwpjudQbOr

Woman screams ‘Death to Khamenei’ in front of the Law Enforcement Forces and crowds chant along with her #iranprotests pic.twitter.com/0TCZAtNUEL

You get the picture. And that, my dear friends, is what true feminism looks like. It’s bravery in the face of the full brute force of an oppressive autocracy. It’s knowing that engaging in civil disobedience could literally cost you your life, but having the intestinal fortitude to go forth anyway. That’s the reality that women—and all of those engaging in the protests—are facing right now in Iran. And, if reports are accurate with regard to arrests, it’s a reality that very well may end with the taking of their lives.

But not everyone is expressing support, including the very organizations and so-called “feminists” that profess to stand for women’s rights. They include:

Click on the links and you’ll find…crickets. Yep. Not one peep of support for those risking their lives to fight true oppression. Just tone-deaf swipes at Donald Trump, and a couple of retweets of others’ feckless words from the fraud that is Linda Sarsour. Why, it’s almost as if organizations like the Women’s March (which consists solely of conformity-demanding Leftists, mind you) are nothing but propaganda tools for spreading misinformation and, with regard to Linda Sarsour, oppressive Sharia Law, veiled in the false premise that donning the hijab in “solidarity” somehow equates to “liberty,” that somehow draping oneself in the very symbol of oppression fights oppression. It’s a lie. Nothing could be further from the truth. And the deafening silence coming from these so-called “women’s right” organizations should tell us all we need to know about just how dedicated they are to women’s rights when actually handed the chance to stand. Which is precisely zero given the silence emanating from their social media accounts.

The failure of empowered Western feminists to support their subjugated sisters in the Muslim world tells you everything you need to know about the Regressive Left/Islamist alliance. pic.twitter.com/wvKD6DRnVe

Indeed. No, “feminists” are too busy attempting to brainwash our young girls with nonsense like Hijab Barbies and World Hijab Day. Hand in hand with their useful idiot dhimmis—who think hijabs are oh so hip ‘n cool—they’re busy engaging in cultural jihad via normalizing extremism and oppression, while keeping young women ignorant to the brutal ramifications of violating Islamic law in the Muslim world. No, the hijab is not a choice in any Middle East nation, despite what feminist propagandists assert. It’s compulsory, enforced by the heavy hand of barbaric “morality police,” and the consequences for violations are severe.

Let us know where you'll be for the Women's March anniversary on January 20 and 21, 2018! #PowerToThePolls #1YearSinceWomensMarchhttps://t.co/yekbsBO95T pic.twitter.com/lauoBBjroo

So, you ask where I’ll be come January 20th and 21st, Women’s March organizers? Well, while you childish, vapid cowards are marching around in your ludicrous pink hats and whining about some perceived rights you feeeeel you’ve lost under the nonexistent Trumpian patriarchy (newsflash: YOU HAVEN’T), I’ll be standing with the courageous women of Iran, thanks for asking. And so should anyone who truly cares about human rights.

Me before & after the Islamic Revolution in Iran. Had to wear the veil once I started school. Hated it with a burning passion. pic.twitter.com/QUgSmwbB2A

God bless the women of #Iran, who are risking their lives for the right to think freely. You stay under the covers, snowflake… https://t.co/J9cqcxw99F

I won’t hold my breath waiting for the lot of you to get on board. Because today’s totalitarian feminists are standing hand-in-hand with the Islamofascists, both of which would have us all subjugated to their authority, our freedoms annihilated. And it’s far past time the women of the West recognized that.