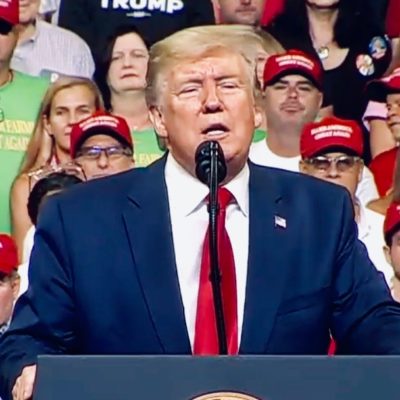 Next post
Iran Says They're Being Framed For Attacks 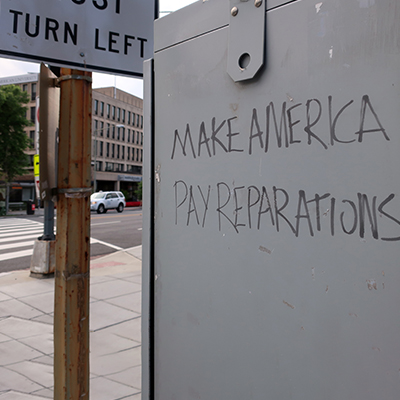 Democrats never back down from pandering to the black community for votes. So on Wednesday, members of a House subcommittee held a hearing to discuss H.R. 40, a proposal by Rep. Sheila Jackson-Lee to discuss reparations for slavery. Never mind that no slaves are living today, nor any slaveholders. Somebody’s gotta pay, because an election is coming, dammit!

Some of the usual suspects showed up at the Civil Rights and Civil Liberties subcommittee hearing — people like Sen. Cory “Spartacus” Booker, who has introduced his own version of Lee’s bill to the Senate. He’s running for President in 2020, you know. And just so the people at the hearing would know that he’s someone special, Spartacus sat alone at a witness table.

He also wanted everyone to understand how “brokenhearted and angry” he is:

“This idea that it’s just about writing a check from one American to another falls far short of the importance of this conversation. I say that I am brokenhearted and angry right now, decades of living in a community when you see how deeply unfair this nation is still to so many people.”

No, it’s not about the Benjamins — well, yes it is. Did I tell you that Booker is running for President?

The actor and activist Danny Glover also appeared before the subcommittee. He’s an expert on the need for reparations because . . . well, because he’s an actor and can say stuff real good. Only it wasn’t the accomplished actor who showed up on Capitol Hill. Glover stumbled over the prepared testimony he read from a script. This was not his Jon Stewart moment.

The constantly aggrieved young journalist Ta-Nehisi Coates also testified before the committee. Five years ago, Coates had written an essay called “The Case for Reparations” at The Atlantic, and here he was again, shilling for his pet cause before a House Subcommittee. He also used his time to rip into Sen. Mitch McConnell, who had argued that living Americans should not have to pay for the sins of past slavery.

“Majority Leader McConnell cited civil-rights legislation yesterday, as well he should, because he was alive to witness the harassment, jailing, and betrayal of those responsible for that legislation by a government sworn to protect them. He was alive for the redlining of Chicago and the looting of black homeowners of some $4 billion. Victims of that plunder are very much alive today. I am sure they’d love a word with the majority leader.”

Still another young black man took the floor: Coleman Hughes, a writer for the website Quillette. But Coleman Hughes doesn’t buy into reparations; in fact, he called them a “moral and political mistake.” He also said they were an insult.

“Reparations by definition are only given to victims, so the moment you give me reparations, you’ve made me into a victim without my consent. Not just that, you’ve made 1/3 of black Americans who poll against reparations into victims without their consent, and black Americans have fought too long for the right to define themselves to be spoken for in such a condescending manner.”

Well, that didn’t go over well. Many in the crowd booed Hughes for being an uppity . . . um. . .young man who dared leave the plantation. Whereupon Chairman Steve Cohen had to bang the gavel and tell the surly crowd to “chill,” reminding them that while Hughes was “presumptive,” he still “has a right to speak.” Thanks, I guess.

Finally, former Oakland Raiders safety Burgess Owens appeared to speak out against reparations. And he didn’t just oppose the bill, he spanked the Democratic Party, too.

Not only did Owens speak with more passion than Danny Glover, he said stuff that no white Republican would dare say.

But while Democrats hold these hearings on reparations, what they ignore is that most Americans don’t like the idea. In fact, a recent poll showed that 60 percent oppose paying cash for reparations to slave descendants, while only 32 percent support it. And another poll showed support to be even lower — at 21 percent of likely voters.

Ah, but with Democrats the picture looks different. Among them 54 percent of likely Democrat primary voters support reparations, while 33 percent oppose it.

This could be fun, however. Some of the Democratic candidates are still waffling on the hot button issue of reparations, and this hearing only turns the heat up higher. Bring it. Let’s watch them squirm.