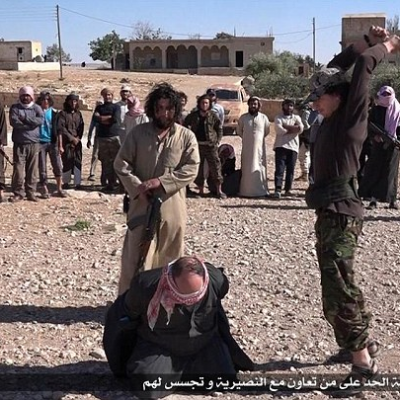 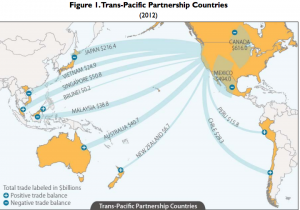 President Obama is working toward a big trade agreement known as the Trans-Pacific Partnership (TPP) which involves the U.S. and 11 Asia-Pacific nations. This could be one of his greatest achievements and it is not without its critics – least of all because of the secrecy surrounding the negotiations.  The TPP would govern up to 40% of U.S. imports and exports, so the range of this agreement is enormous. Trade is generally the purview of Republicans, and this agreement is no different. Republicans can be counted on to generally approve of the agreement, while Democrats are splitting from the President on the upcoming negotiations. Today, the President, with the help of Senate Republicans, took a big step towards his goal of making the TPP reality.

The bipartisan vote of 62-37 in the Senate Friday approved the “Fast-Track” Trade Promotion Authority (TPA) bill which essentially says that when the President brings trade legislation to Congress, he will receive an up or down vote, but no changes or amendments will be allowed. Once TPA is approved, the President will have more power to negotiate an agreement since his negotiating partners will be confident in his representations – their agreed upon details will not be able to be changed by Congress. Sen. Warren Hatch says it is “likely the most important bill [they] will pass this year.” Some Democrats and Republicans attempted to find support for over 200 amendments like punitive restrictions on currency manipulation and removing private investors’ ability to sue the government for damages to their investment (ISDS) in international arbitration courts, but the bill was heavily lobbied, including by President Obama himself, and the amendments were voted down.

The TPP has been in talks for nearly six years. If all proceeds as the President wants, we could see a vote on the TPP in the fall. However, in order to encourage that deal to come to fruition with 12 interested parties, they will need to see that Obama has the power to stand by his word in the negotiations. Unfortunately for the public, the TPP is classified right now. Senators may view it in a classified viewing room, but they are not allowed to take notes or discuss it with the public.

Despite being around for decades, the TPA will have to pass the House and as difficult as it was to pass in the Senate, it is expected to be even harder to pass there.

However, similar TPA legislation was in place up until 2007 when it expired. Opponents feel that U.S. workers will be hurt by the expansion of free trade agreements like the TPP so they are fighting against waiving the opportunity to shape trade policy. If TPA passed now it would be in place for 6 years and potentially be beneficial to the next president after Obama. And there are other even larger trade deals looming – the Transatlantic Trade and Investment Partnership which would involve an agreement between the U.S. and the 28 nations in the European Union. Certainly not the sexiest political news, but it could have the most effect on the U.S. economy in the next decade.