Next post
Left Tries to Connect Republicans with Josh Duggar, Forgets Their Own Connections 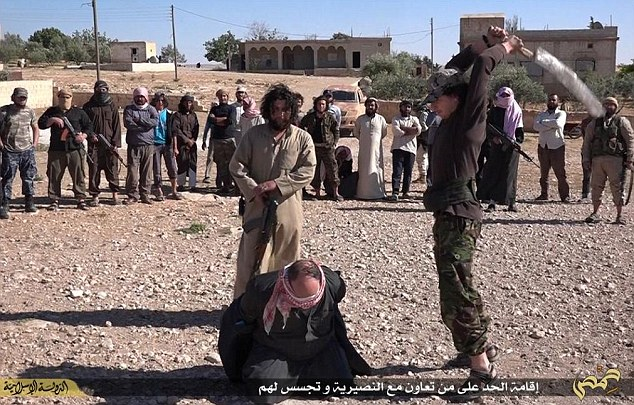 On Wednesday, the Syrian town of Palmyra was captured by ISIS militants. In fulfillment of the old addage “nature abhors a vacuum”, evil filled the space left by the ongoing Syrian civil war and lack of leadership in the area. The fall of Palmyra comes after the fall of Ramadi in neighboring Iraq and has raised concern among academics across the world who fear that ISIS will destroy a well preserved  2,000 year old Roman era settlement on the outskirts of the city.

Jihadists seem to be more concerned with identifying, locating and executing Assad loyalists presently though. Yesterday the group instituted a curfew from 5 p.m. until Saturday morning in hopes of keeping government officials from being able to escape overnight. Militants have been going throughout the city and announcing via loudspeakers that no Assad loyalists should be given assistance or quarter by the townspeople.

The militants also fanned out throughout the city, telling people to attend Friday prayers during which ISIS members told the residents of the city that women will now cover themselves with loose clothing and not leave their homes with their faces uncovered. Shari’ah is now the law of the land.

The culling of Assad supporters began with ISIS members going door to door killing known soldiers and Assad government officials. Militants have drug them into the streets to be publically beheaded or shot in order to make an example of them. Such reports have been supported by Associated Press filings in the area.  According to a reporter located in the nearby city of Homs jihadists are taking government troops out into the town squares to be executed in broad daylight.

“Militants abducted soldiers and pro-government gunmen from homes, shops and other places where they had sought to hide, said al-Talawy, who is based in the nearby city of Homs.

“The search is going from house to house, shop to shop, and people on the streets have to show identity cards,” said Osama al-Khatib, an activist from Palmyra who is now in Turkey.”

According to Al-Khatib there were more than 150 bodies laying in the streets, including 25 locals who were members of a pro-government militia in the area.

No one has been spared the horror of the purging, especially  Christians. On Thursday, a Catholic priest was kidnapped from a village southwest of Palmyra, presumably by ISIS militants.

“After the fall of Palmyra, a lot of civilians started moving towards Qaryatayn, the small city 30 km (19 miles) from Homs, and especially the Mar Elian monastery,” Father Ziad Hilal of Homs told l’Oeuvre d’Orient.”

Unfortunately, there was no refuge to be had when militants stormed the monastery and kidnapped the Father and a colleague on Thursday.

The world community is horrified by the continued march of these animals across the region, it has gotten so bad that even the U.N. Security Council is condemning the invasion of Palmyra. They released a statement calling the jihadists out on their “barbaric terrorist acts” in the area, especially towards women and children. For my part, I say it’s about damn time!