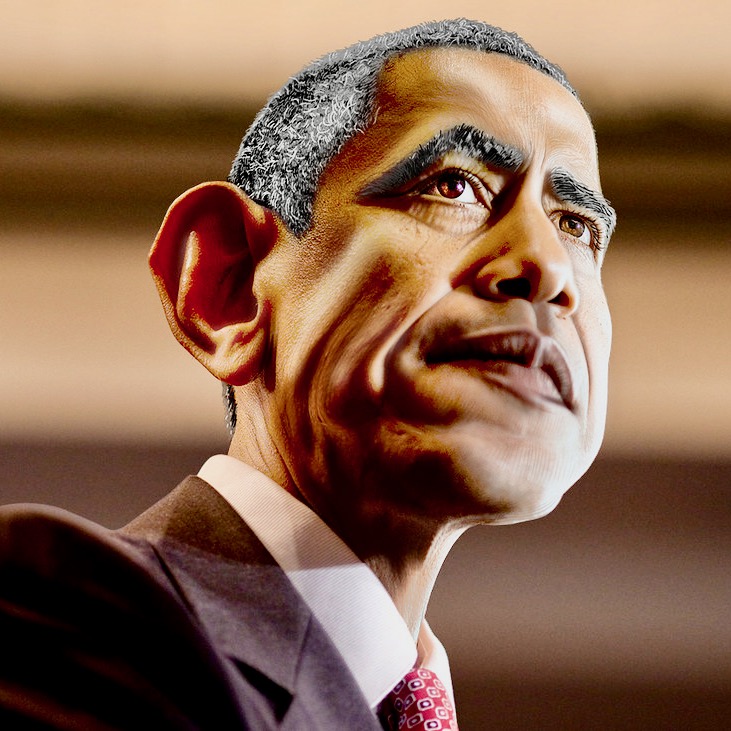 It’s all so INSPIRATIONAL say Obama.  All those fired up young Americans are creating a “new normal.”

Fmr. President Obama: "One of the most inspiring things about this year has been to see so many young Americans fired up, organizing, marching, and fighting for change. Your generation could be the one that creates a new normal in America." pic.twitter.com/RiAcLu3Neq

Thirteen days before the election, Obama decides it’s time to rally the marching troops and get them all organized to make sure everything is awesomely fair and everyone is equal.

Before you throw up your hands and tell me, ‘nahhhhh, he didn’t mean that!’ Oh yes he did. Has Obama spoken out against ANY of the riots taking place across our country? Has he stepped up and asked for the protestors and rioters to stand down? NO. He didn’t do that for Ferguson. I mean, all that hollering was so inconvenient, and he has been completely silent about the violence from the start.

Yesterday AP News tried to tell us that all those suburban kiddies are just accidentally “caught up in the moment” with their Molotov cocktails and flamethrowers.

Today we have a former President telling the world that all the marching and organizing (protests and riots) are awesomely inspirational and by voting for Biden and Kamala, this will be our “new normal.”

Portland’s new normal has seen its downtown decimated by ‘inspirational marchers’ for over 100 days now. Officers were shot in Louisville by young organizers who were ticked off about the Breonna Taylor grand jury decision.

Imagine all the people that got their businesses destroyed by the riots, I wonder what they would say about this hot take from Barry?

Will Obama’s appeal to all the fabulous looters work in Pennsylvania?

“Democrat Isaiah Thomas, the youngest member of the Philadelphia City Council, said he has seen signs that some millennial Black voters might not turn out for Biden — namely in a group chat with some of his oldest friends.

“I have three friends who absolutely refuse to vote for Biden as of now. In 2016, this was not like a conversation for us. It was an automatic Hillary thing,” he said in an interview earlier this year. Since then, Thomas, who backs Biden, said he has persuaded one of those friends to vote for the Democratic nominee.”

Biden might win Philadelphia, but as we know, Hillary lost the state in 2016. Obama plans to only campaign in Erie and Philadelphia. How does that convince the rest of the state? I doubt it will be that persuasive.

“Former President Barack Obama made his first appearance on the campaign trail on Wednesday for Democratic nominee Joe Biden, who is locked in a tight race with President Donald Trump in crucial states with just 13 days to go in the campaign.

Obama, one of the Democratic Party’s biggest stars and a frequent target of Trump’s attacks, joined a roundtable discussion with Philadelphia Black male politicians and community and religious leaders before a 6 p.m. (2200 GMT) outdoor drive-in rally to urge supporters to vote early for Biden and other Democratic candidates.”

Fifteen people as the first stop in running a GOTV for young kids. That’ll work great!

So great that at least one count showed only 681 watching, and how many of them were actual Pennsylvania voters? I’d bet only half that number, if that. Must’ve been so awkward for a guy who used to command large crowds – remember Denver DNC night and the Greek columns? OOF.

Tell me something. Obama just sent out a video appeal urging those inspirational rioters to get out and vote. How does a campaign event involving only 15 people and a drive-in rally where few to none of those marching kiddies will be in attendance, garner additional votes?

Obama is appealing to the status quo that he wants to keep in place by dragging Biden/Harris into the White House. Then the new normal that we’ve been dealing with for months will continue.

"I'm so inspired by month after month of rioting, mayhem, murder and super-spreader events by spoiled tantrum-throwers none of whom have managed to make anything better for anyone, anywhere." #ThanksObama. https://t.co/3C2vdsZ5wZ

Will this be a successful GOTV effort? Will Obama’s approval of the inspirational protests and rioters ensure that Biden crawls over the finish line on November 3rd? If everyone is so positive that Biden will win, why is Obama going to bat for Biden now? Is this a last ditch effort? Sure seems like it.

““Hope is not blind optimism, it’s not ignoring problems. Hope is believing in the face of difficulty that we can overcome and get a better world,” Obama said. “And so, I’ve never lost hope over these last four years. I’ve been mad. I’ve been frustrated, but I haven’t lost hope, and the reason is because I never expected progress to move directly in a straight line.””

Thus far Obama is continuing to ignore the problems that have been caused in Democrat cities by letting young misunderstood suburban kiddie rioters run wild and free for the last six months.

Obama can cheer on the violent rioters all he wants. But I tell you this, the Obama/Biden/Harris “new normal” they desire is one that will destroy this Republic.