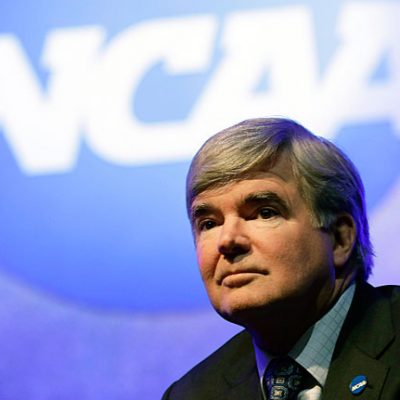 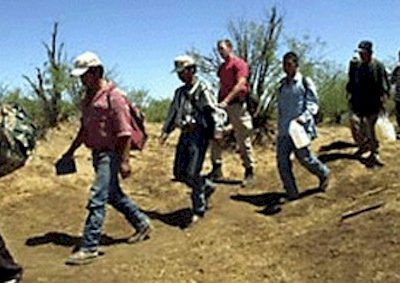 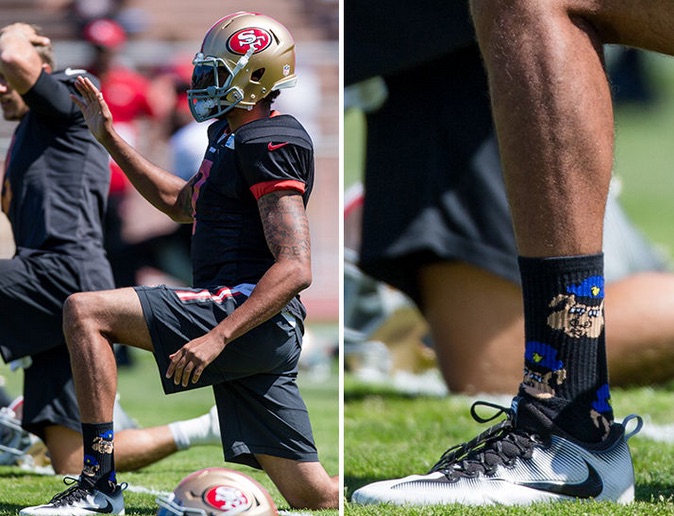 Colin Kaepernick is a coward. From the comfort of a secured stadium and his cushy leather armchair, he’s taken the NFL, and its fan base, hostage. It’s not disrespectful enough for him to sit on his bum and rant about systemic oppression of blacks in America, and police officers “murdering” same—has this mental midget heard of due process for all?—he, and many other of his fellow clueless fools, had to continue his narcissistic blowhardery on the fifteenth anniversary of 9-11:

And in a practice session just days ago, he wore these on the field:

And his explanation for disparaging an entire profession? This:

Well, isn’t he just special. I wonder if he’s as concerned about the bad apples in his own chosen career. Or the failed liberal policies that continue to harm minorities.

He certainly looks oppressed there in his uni on one of the largest stages in our nation: the NFL football field, where many a young man dreams of playing, and most never achieve. But not only does he appear ungrateful, he’s utterly ignorant of what’s going on around him. Do you know who’s truly being oppressed, Colin, at least in the schizophrenic and hypocritical head offices of the NFL where some speech is tolerated, but other speech is not? These men, who truly get America. Why? For being out of reg for one day out of the year.:

Newsflash, genius: They’re facing fines for honoring America’s heroes. No, not the ones tossing a pigskin on a football field and paid exorbitant salaries, but those who ran up flights of stairs in burning towers to save the lives of their fellow Americans, losing their own in their efforts. And they’re honoring the heroes who took down a hijacked flight bound for D.C., giving their lives to save countless others. And where are you? Sitting on your arse screeching about oppression while these men, who knew they’d be fined but spoke anyway, face penalties for displaying patriotism. Fined for silently speaking their minds, the very right you say you support.

No, Colin, your “silent” protest—where you repeatedly, and mindlessly, mimic the Black Lives Matter talking points that blame law enforcement, and America, for every conceived ill under the sun—is not working. But it is spreading. I’ve been a fan since I was sixteen years old. I was a 49’er fan before being a 49’er fan was cool. And I’ve had enough of your LOOK AT ME, I’M SHINING A LIGHT ON THE OPPRESSED horse manure. It’s time to hit you, the NFL, and its sponsors in your pocketbooks, because ultimately that’s all you really care about.

I'm aware people have a constitutional right to disrespect our flag. Though I'm sure it will be futile, I will forever #BoycottTheNFL

See, it’s easy to scream about oppression from the safety of a stadium surrounded by police, or from your mansion paved in gold and outfitted with the best security. No, your own life is proof that you’re wrong. It’s not one of “oppression;” it’s the epitome of the American Dream. And you should be thanking this great nation that it afforded a man born into uncertainty the opportunity to be what you are today. But I don’t expect you to understand that. Because your silence in the face of the truly “oppressed”—the players being fined for exercising their free speech—shouts volumes. No, you’re no hero, you’re a self-centered coward who has no idea what real oppression is, nor do you comprehend the history of self-sacrifice by those who have kept the flame of liberty alive for generations so that you can behave like an entitled jackass. No, Colin, this nation is not racist. It’s the last bastion of freedom and opportunity in a world on fire where a man like you can become whatever he wants, through hard work and sacrifice. But you already know that. You just seem to have forgotten.

Roger Goodell needs to cull this monster. I watched football (that’s past tense as of last Sunday) for entertainment; not for political protests. If he can’t, or won’t, he should step down immediately and let someone else take the reins. No, I don’t take boycotts lightly, but it’s time. Because this despicable parroting of debunked propaganda is not “working,” it’s doing the opposite, unless of course your goal is to further divide an already-divided nation, and potentially decrease your fan base. In either case, Barack Obama, the king of the Bash America crowd, is smiling.