Previous post
Warren Is Proof Feminism Is A Subsidiary of Left, Inc.

Next post
Liberal Tears Flow At MSNBC After Bernie Win 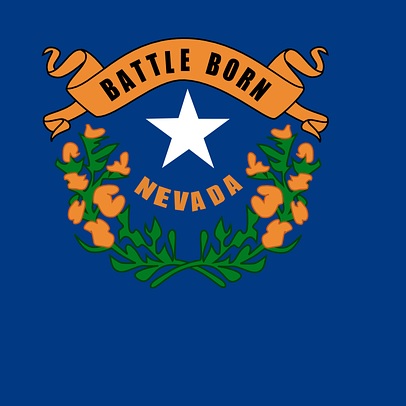 All eyes were on Nevada today as the state began their caucuses. After the insanity of the Iowa caucus, it’s fair to say that the Nevada Democrat party was considerably nervous about what might happen.

With the disaster of the Shadow app that was used in Iowa, Nevada immediately scrapped their plans to use the same app. The new solution? Spreadsheets on a secure iPad!!!

Instead of an app, Nevada’s Democrats will use a “Caucus Calculator” tool to add up votes and combine Election Day ballots with votes cast at early voting sites.”

The party wrote in a memo distributed to the campaigns last week that the calculator will be user-friendly and only used on iPads purchased by the party and provided to trained precinct chairs.”

Unlike the app used in Iowa, the calculator tool will not require volunteers to download anything onto their personal devices. Voting will be reported via a “secure hotline” and verified using either paper sheets hand-delivered in a secure envelope or the calculator tool.”

A representative for Nevada Democrats told reporters Tuesday the Caucus Calculator is not new technology but is a tool they have used in the past that relies on a Google Sheets document tailored to the needs of the caucuses.”

The party has also contracted with a call center with 200 trained employees to process results when they come in, according to NBC News.”

So, with all that preparation, things should just run perfectly smoothly, right? Well, then they asked that Nevada caucus site leaders sign non-disclosure agreements.

The early reports that Bernie Sanders had the lead sent the media talking heads into a spiral. Remember, they really wanted Warren, but they’re not going to get her. They know Bernie isn’t palatable to the general public, and watching him roll over the Democrats is freaking them out.

The caucus was called for Bernie after the first batch of official results were in.

Decision Desk HQ is projecting Bernie Sanders as the winner of the Nevada Democratic Caucus. pic.twitter.com/M7l2LHRCrZ

You bought the ticket for the old Soviet ride, Democrats. Are you enjoying it yet? Because the Never Trumpers who decided that any Democrat would be better than Trump are in shock that the hard left that has taken over the Democrat base looks to be pushing an actual unapologetic communist to the nomination.

If this is the result that the DNC is willing to live with, then I hope they enjoy every single piece of opposition research that the Trump campaign will unleash on Bernie. I hope they enjoy twisting in the wind as they try to explain how Russia is apparently trying to help out Bernie’s campaign now. Eric Swalwell is already making the pretzel twist effort to explain why Russia supporting Bernie is okay, but Russia supporting Trump is BAD.

However, I suspect that this is not the result the DNC is looking for. (Insert Jedi mind trick hand wave here.) Unless the DNC can convince some candidates to start dropping out in favor of consolidating around a non-socialist (which would likely result in a brokered convention), then Bernie Sanders, an aged communist with recent heart issues, will end up being the nominee. If Bernie takes South Carolina next Saturday, it may be close to over (depending on the delegate count) and it won’t matter how well Bloomberg performs on Super Tuesday. However, there is still the superdelegate question, so the DNC does have some leverage in this situation. Will they risk angering the socialist base that they have so assiduously courted up until this point? Only time – and more elections – will tell.