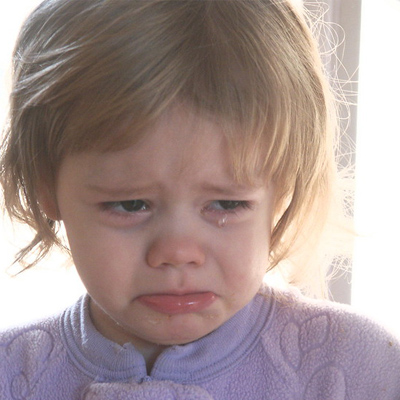 Who saw this coming? Far left MSNBC pundits shed liberal tears after Bernie Sanders took the Nevada caucus. This seems counter-intuitive, I know, but apparently Bernie was not the droid they were looking for.

There has been bad blood between Sanders and MSNBC before, with Sanders accusing the network of unfair coverage. In fact, Bernie supposedly complained about it to network president Phil Griffin. So when Bernie won the caucus and took the top of the Democratic heap, liberal tears flowed copiously on the floors of the station.

“. . . a far better analogy is to say Sanders has stormed the Democratic Party like the Bolsheviks stormed the Winter Palace.”

Matthews went on to wonder if it would be better for Democrats if Sanders lost the upcoming election.

“I mean, he takes it over, he sets the direction of the future of the party — maybe they’d rather wait four years and put in a Democrat that they like.”

Plus, Joy Reid sounded desperate and really shed those liberal tears, because she fears not only losing the Presidency but down ballot races as well.

It’s like the lightbulb went off in her head, and she just discovered that a lot of Democrats don’t like their party elite, either. Just like many disaffected Republican voters in 2016, right?

1) Reid & @msnbc JUST NOW realize the working class in America is DESPERATE and ANGRY at their corporate neoliberal club.

2) Reid essentially tells Dems to "figure out what you're gonna do" to stop Sanders pic.twitter.com/iuJKxq7CXc

But the ever-colorful James Carville, king maker to Bill Clinton back in 1992, wasn’t crying liberal tears. Instead, he had words. Boy did he have words, saying if the DNC was running a carnival parade, they’d never get out of the chute.

Nor was he finished with those remarks, either. He also said that the Nevada caucuses were working out quite well for Vladimir Putin:

“Right now, it’s about 1:15 Moscow time. This thing is going very well for Vladimir Putin. I promise you. He’s probably staying up watching this right now. How you doing, Vlad?”

But it’s not just the MSNBC pundits who are crying liberal tears. Remember Bill Kristol, the holier-than-thou principled Never Trumper? The former Weekly Standard editor who tweeted that “We are all Democrats now?”

Apparently he’s not relishing the Sanders sweep of Nevada, either, and posted this at Twitter:

Kristol might be shedding his own liberal tears to the sound of the 1980’s Talking Heads hit “Once in Lifetime.”

But all snickering and Schadenfreude aside, can Democratic moderates beat the Sanders juggernaut? After all, he’s broadened his appeal for a wide variety of people. Right now, according to exit polling, Sanders leads among white and Latino voters, and is favored by both men and women alike. And, of course, young voters just love his promises of free stuff.

Yet Bernie is behind other candidates among two groups: African-Americans (although he is gaining traction), and older adults. You know, older Americans who actually remember the Cold War and the Soviet Union, who understand the threat of socialism. Older Americans whom young voters derisively mock with “okay, Boomer,” which should tell you something.

But what happens if the race does come down to Trump vs. Sanders?

James Carville thinks it would be political suicide for the Democratic party.

“If you’re voting for him because you think he’ll win the election, because he’ll galvanize heretofore sleepy parts of an electorate, then politically, you’re a fool. And that’s just a fact. It’s no denying it, there’s so much political science, so much research on this that it’s not even a debatable question.”

I never thought I’d say this, but I hope Carville is correct. I want Trump to beat Sanders in a landslide. But then again, remember how only a handful of people predicted that Trump would beat Hillary in 2016? And that all the national polls pointed to a Clinton win, too? While we might shake our conservative heads and wonder how in the hell anyone would support a socialist, remember that lots of people couldn’t see Trump winning, either.

As the saying goes: Be careful what you wish for. But in the meantime, we can still relish the liberal tears coming from the meltdown at MSNBC.