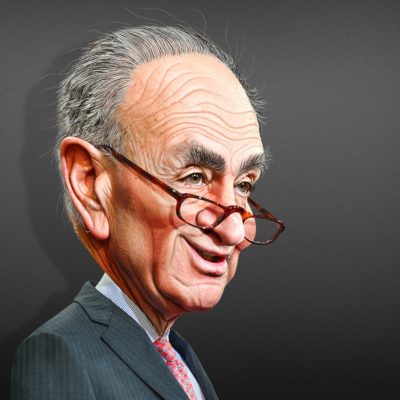 Next post
David Brooks To Dems: Do Away With The Filibuster 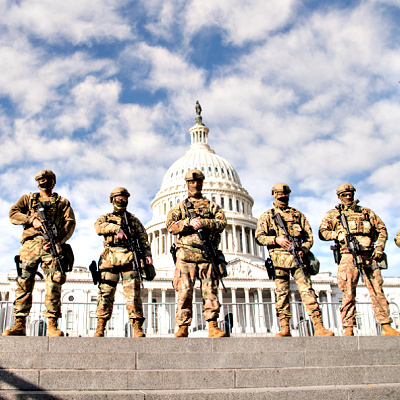 The optics of Inauguration Day were more than a little jarring. Washington D.C. looked like it was under military occupation by the National Guard.

But now that Inauguration Day is over, no one seems to know what to do with the National Guard. Remember, this is the same National Guard that the left absolutely freaked out over when they were in D.C. this summer, making sure that rioters didn’t desecrate our national monuments. Now, they are hailed as the protectors of democracy – at least, so long as they hold the correct political views.

Inauguration Day went off without a large scale demonstration in D.C. (Seattle? Portland? Joe Biden says Antifa is “just an idea” so I have no idea how an idea was burning flags and smashing windows), to the surprise of such brain trusts as Paul Krugman. Like Marvin the Martian, he was promised an earth-shattering “insurrection”, and he wants to know where it went.

So, what happened to the insurrection? Maybe I'm jinxing it, but the wave of violence many expected didn't materialize before or on Inauguration Day; there were hardly any demonstrators. Where did all the rage go? 1/

Again, Krugman is proof that Nobel Prizes are not true indicators of wisdom.

So, what do you do when the “insurrection” is over and the inauguration is over? Maybe the National Guard should be allowed to go home?

Nope. Some genius decided to stick the National Guard in a parking garage in case of… what, exactly? And no one who says that they are a “leader” seems to know what is actually going on here. After Politico broke the story, people started looking for Donald Trump to blame, and then realized that there was no Orange Man Bad to pin this on.

All National Guard troops were told to vacate the Capitol and nearby congressional buildings on Thursday, and to set up mobile command centers outside or in nearby hotels, another Guardsman confirmed. They were told to take their rest breaks during their 12-hour shifts outside and in parking garages, the person said.”

Top lawmakers from both parties took to Twitter to decry the decision and call for answers after POLITICO first reported the news Thursday night, with some even offering their offices to be used as rest areas. Senate Majority Leader Chuck Schumer (D-N.Y.) tweeted: “If this is true, it’s outrageous. I will get to the bottom of this.” And Sen. Tom Cotton (R-Ark.) noted that the Capitol complex remains closed to members of the public, “so there’s plenty of room for troops to take a break in them.”

So, whose fault is it if it isn’t the Bad Orange Man? Politico updated the story saying that the finger is being pointed at the Capitol Police (proving once again that adage that “you either die a hero, or you live long enough to become the villian” in spades), but the Capitol Police insist that they weren’t the ones who ordered the National Guard out to the garages.

And the Capitol Police say it wasn’t them. https://t.co/5TuW3g1RhP pic.twitter.com/zhmM0PrlgW

So, who is going to step up and be responsible for this insanity? Who kicked them out in the first place? Where does the buck stop? Anyone? Anyone? Bueller? Apparently Biden has apologized for what happened to the head of the National Guard Bureau, but does that mean that he took responsibility for whoever kicked the Guard out in the first place? And if this had been Donald Trump, do you think an apology would have been sufficient for the media? HA.

And someone is going to need to be made responsible right quick, because while the National Guard are all packed together to protect the Capitol Building, they are sharing facilities, food, air, sleeping space… and COVID.

Hundreds of National Guard members who poured into Washington after the Jan. 6 assault on the U.S. Capitol have tested positive for Covid-19 or are quarantining in nearby hotels. https://t.co/TTW87mIx7f

Great. So, the National Guard is brought out to protect the Capitol during Inauguration Day, and with the optics of the day over, someone decides to move them out into a parking garage. No one wants to take responsibility for doing that, and now it’s become a COVID super-spreader gathering. So even if the Guard’s duties are done, they could be stuck because so many of them are now sick or quarantining. However, Texas, New Hampshire, Montana, and Florida all say they are ordering their National Guard units home, because apparently they aren’t needed in D.C. any longer. All they’re doing is sitting around and sharing a virus – which is not Joe Biden’s fault, but would have been completely Donald Trump’s fault. Who needs a vaccine for protection when you have the magical letter “D” after your name?

The National Guard showed up and served as they were supposed to do, and now get to return home with a parting gift of COVID, or a few swabs way up the nose to test for COVID. What a memory this will be for them. And what a disaster of bad management and no strong leadership.