Next post
Women Are Erased By Biden Executive Order 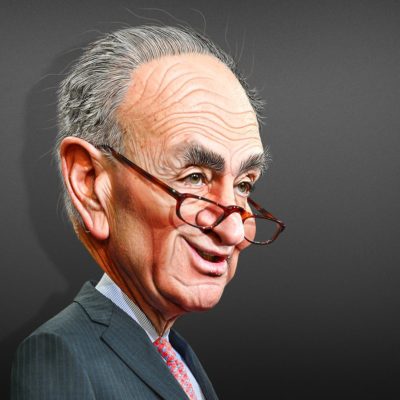 If there is one constant we can count on when it comes to the Democrats, it’s that they don’t learn from past mistakes. In 2013, Sen. Harry Reid decided he’d had enough of Republicans blocking then-President Barack Obama’s judicial picks. So, without considering the possible consequences, he fundamentally changed how the Senate operates. He instituted what soon became known as the “nuclear option”, an action has been described by some as “breaking the Senate”. Fast-forward to yesterday and New York Times columnist and Biden-lover David Brooks has proclaimed that it is now time to completely do away with the filibuster. Not only is he on a slippery slope but he doesn’t have a handbasket to ride in.

The “this” is Republicans working with Biden to pass all his “wonderful” legislation. You see, according to Brooks, we shouldn’t “underestimate how much Republicans trust Biden personally.” Of course, he doesn’t say what they trust Biden with or to do. Personally, I trust him only to be a buffoon and a tool for those who do not have the best interest of our country at heart.

People like Brooks who are either too short-sighted to see the consequences of actions they promote or who believe these actions will be so overpowering to the opposition we will forever be beneath the Democratic heel of their version of Socialism.

Unfortunately for Brooks–or perhaps for the country, is he feels like so many journalists (especially those in Washington D.C,) appear to:

[T]hey believe their reverence for political traditions and government rituals is shared by everyone else. Their mood is controlled by who lives in the White House, so they assume that’s true for you, too.”

You see, Brooks views Mitch McConnell and any Republican not fully supporting Biden’s plans to “fix” our country as “obstructionists”.

Once Brooks put his suggestion out there for the world to see, others wanting to erase anything that might bear Trump’s stamp on it jumped on the bandwagon. Robert Reich, who served as Secretary of Labor under Bill Clinton, had this to say: “Kill the filibuster. Today. Now. . . Hell, even David Brooks agrees.”

Ryan Cooper of The Week wrote this:

[McConnell] is demanding Democrats preserve his ability to block anything they propose with the Senate filibuster, so he can ruin the country and blame it on them, and he is gambling that moderate Democratic senators will be too scared to call his bluff. Democrats should tell McConnell to go pound sand, and nuke the filibuster right now.”

And that’s only a small sampling of some of the comments these so-called enlightened thinkers had to say. I don’t know about you, but it seems clear to me they are on the same path they started down the day Donald Trump defeated Hillary Clinton. All they want to do is silence opposing voices. What they don’t see, even after their own action with the Nuclear Option blew u pin their face, is that that it can and will come back to bite the on the proverbial ass. Hopefully, it happens sooner, rather than later.

Back on November 21, 2013, Harry Reid emphatically denied that the Nuclear Option he was so proud of enacting would ever be used against his party. You see, they had right–and self-righteousness–behind them. The Republicans were wrong to block Obama’s judicial nominations through filibuster. So good ole Harry got together with his cronies and the wrote a new rule for the Senate doing away with the requirement of 60 affirmative votes for such a nomination to carry. He lowered it to 51. And all was good with the world. Or so he thought.

But do we all remember how Reid and company howled in outrage a mere four years later when the Senate, now under Majority Leader Mitch McConnell, too Reid’s beloved Nuclear Option and used it against the Dems? More than that, they expanded it to now included nominees to the Supreme Court. Specifically, McConnell used the Nuclear Option after the Dem’s filibustered against the nomination of Neil Gorsuch to the Supreme Court.

By lowering the number of votes necessary for confirmation, the Dems made it so much easier for Republicans to confirm the nomination of so many of Trump’s judicial nominees at a time when the Democrats and Never Trumpers did everything they could to block him on absolutely everything.

And now David Brooks want to take away yet another check on unbridled power in the Senate by any one party or faction? And there are Dems backing him on it? Have they all lost their minds?

Brooks clearly has. Either that or he is so enamored with the idea of a Biden presidency that he has lost all ability to think not only critically but rationally. Last November, he wrote a piece for the Times where he opined on what Biden could do to get things done once he took office. Here is one of the possibilities he laid out:

Hmm, if a Conservative wrote that about dealing with Biden, Brooks would have a fit. “Gangs”? I don’t know about you but when someone uses the word “gangs” in the same sentence as “try to force” someone’s hand, I have visions of bullying at best and out right attacks as more likely. So is it any wonder this guy wants to strip away yet another protection built into the way the Senate operates?

There is a reason the filibuster has been called “the soul of the Senate”. Just as there is a reason Brooks and those like him want to do away with it. My question is why someone hasn’t stepped up and reminded them of the debacle (at least for them) the Nuclear Option turned out to be. There’s no doubt in my mind, the abolition of the filibuster will have much the same result.

Now, while that’s a rather enticing thought, we can’t afford to wait until the Republicans are once again in control of the Senate for it to happen. We’ve already seen what happens with the Speaker of the House abuses her position of power. Pelosi has made an artform out of it. You know she is already whispering in Chuckie Schumer’s ear about what he can do with unlimited power. Together, they can rule the country. If that isn’t a terrifying thought, it should be.

Make no mistake, this suggestion that we do away with the filibuster has nothing to do with advancing the best interests of our country. It has everything, and I do mean everything, to do with punishing anyone who either supported Trump or who doesn’t fully embrace the Dem’s agenda for the next two years. That’s the bad news. The good news is this crop of Democratic leaders don’t appear to have learned from past mistakes. That means this, too, will come back to bite them on the collective ass. All we have to do is survive the next two years and make sure we retake the Senate and, hopefully, the House in the mid-term elections.

For now, all we can do is pray Schumer doesn’t give in to his baser instincts for more power. Biden’s already shown his propensity for using the power of Executive Orders. He doesn’t need this weapon as well.