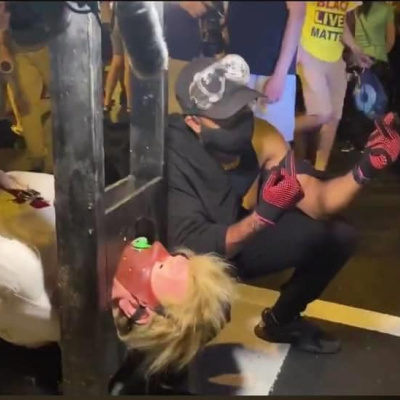 Previous post
The Insurrection Act: Is It Time For Trump To Invoke It?

Next post
Trump In New Hampshire, Joe Tweets From Basement 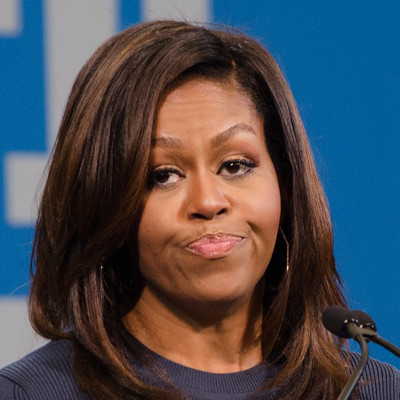 by Kim Hirsch in People 24 Comments

I swear, Michelle Obama looks for racism under every rock, in every nook and cranny of her everyday life. For example, on her Thursday podcast, Michelle O complained that “white people don’t even see me.”

Shorter Michelle O podcast complaint: Don’t you know who I am?

Here she is — a former first lady, who owns an $11.75M home in Martha’s Vineyard, who has graced the covers of multiple magazines (while the beautiful Melania Trump gets bupkis), and who has been ranked as the “most admired” woman in the whole freakin’ world — and she can’t get a break from racism.

Racist exhibit A, according to Michelle O’s podcast, was an incident she claimed happened when she was still FLOTUS. She and daughters Sasha and Malia, along with a friend, went out for ice cream after a soccer game. She alleges that she told the Secret Service to “stay back” because they were “trying to be normal.”

At any rate, here’s what Obama says happened:

“They’re not even looking at me. So, I’m standing there with two little Black girls, another Black female adult, they’re in soccer uniforms. And a White woman cuts right in front of us to order, like she didn’t even see us.”

Like that never happens to anyone else. Insert giant eyeroll here.

But it gets worse, according to Michelle O.

“All she saw was a Black person, or a group of Black people, or maybe she didn’t even see that, because we were that invisible. I can tell you a number of stories like that, when I’ve been completely incognito, during the eight years in the White House, walking the dogs on the canal. People will come up and pet my dogs, but will not look me in the eye. They don’t know it’s me.”

“Eight years in the White House.” Privileged much?

However, while Obama says she has a racially diverse group of female friends, the most important women are her black friends. Not the white womyns.

“My girlfriend group, while it is diverse, it has been so important for me to have Black women in my crew. There’s just a certain relief that comes when you don’t have to walk into your friend group and explain yourself.”

Could you imagine the hell that would erupt if Melania Trump publicly said that she was closest to her Slovenian friends? That she wouldn’t have to “explain herself” to those women? The hue and cry would go out across social media that Melania is a racist just like her husband!

Naturally, the media are happy to attend Michelle O’s pity party. She even shocked Oprah by telling her that she cried for 30 minutes after leaving the White House.

I remember crying my eyes out some years ago, too. It happened when we were going home after the wedding of our daughter. She had married a Navy officer and I realized that she would never be living in Kansas City again. Yes, Michelle. White women cry for lots of reasons, too.

Michelle Obama could use her fame to try to heal the racial divide in this country. She could remind young black Americans that the nation — while not perfect — has come a long way in race relations. That black Americans like Tim Scott, Kim Klacik, and Herschel Walker could speak of the success they have earned in the United States.

But you know what this is all about, don’t you.

She’s using her voice to further racial division in order to discredit President Trump and to gain the White House for the Democrats. For someone who famously asserted that “I hate politics” at the DNC, she’s playing passive-aggressive politics by burnishing that everything-is-racist chip on her shoulder — a chip that is not a bug, but a feature.