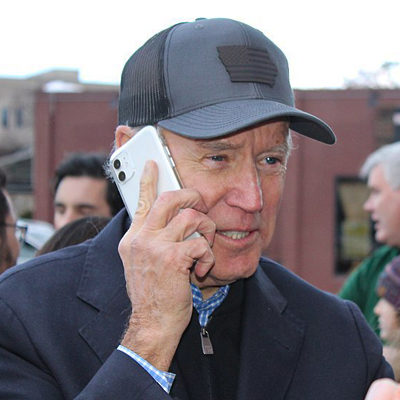 Next post
Floyd Family Gets Phone Call from Grandpa Joe 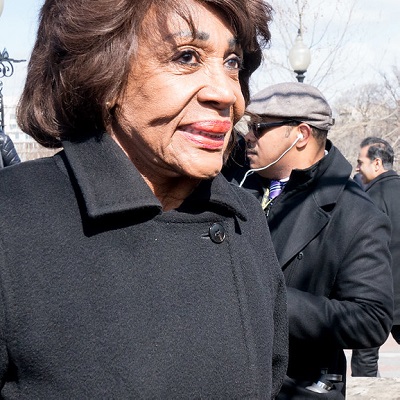 by Shelby Gallagher in Headlines 10 Comments

Congresswoman Maxine Waters might have just TKO’d the Derek Chauvin trial with her inflammatory language over the weekend in Minneapolis.

We’ve all seen the Crazywoman Maxine Waters video where she is swamped by media calling for ongoing violence if anything other than a verdict to convict former Minneapolis police officer, Derek Chauvin, is declared.

Maxine Waters is marching in Brooklyn Center tonight and told people to take to the streets if Chauvin is acquitted pic.twitter.com/RemfvCCLAn

Crazier still, in her call for continued violence, she asked for an armed police escort on her little vacation to Minneapolis. How does that work exactly? Protection from violence while inciting violence?

“New documents obtained by Townhall show Democratic Congresswoman Maxine Waters requested an armed police escort to Minneapolis over the weekend, where she called for violent activists to ‘stay in the streets’ during a protest against law enforcement.”

Her Saturday night tirade in front of swarms of cameras drew the ire of Republican leadership who grabbed their mighty pens to censure Waters.

“House GOP leader Kevin McCarthy [said] he will move to formally censure House Financial Services Committee chairwoman Rep. Maxine Waters (D-CA) over her call to violence in Minnesota this weekend. McCarthy’s move, which comes after House Speaker Nancy Pelosi refused to hold Waters accountable, will force a censure vote in the House. Pelosi cannot stop McCarthy’s resolution censuring Waters from receiving a vote, because it is a privileged resolution. If Democrats lose just three of their members on this vote and all Republicans vote for it, then Waters will be formally censured by the House and likely lose her powerful position as chair of the Financial Services Committee.”

The kerfuffle of what to do about Waters’ call for violence will quickly scroll out of the news cycle just like her prior calls for violence as well as other Democrats. God bless McCarthy’s efforts, but we ain’t holding our breath.

If you want a nice chuckle in how to decipher the dementia coming from Democratic leadership in DC, check out Pelosi’s nothing burger of a response to the call the censure Waters.

“Maxine talked about confrontation in the manner of the Civil Rights movement. I myself think we should take our lead from the George Floyd family. They’ve handled this with great dignity and no ambiguity or lack of misinterpretation by the other side.”

Again, we’ll let those inside the beltway spar away over what can and can’t be done procedurally for such craziness.

What knocked the wind out of courtroom on Monday came out of the mouth of Judge Cahill in the Derek Chauvin trial this afternoon. Crazywoman Maxine Waters’ words just TKO’d the jury process in the Chauvin trial. While the first four minutes of the discussion between the defense and Judge Cahill regarding the wisdom (or lack of) not sequestering the jury is compelling, it gets juicy at about the four -minute mark where the discussion turns to the loose lips of elected officials—specifically Crazywoman Waters.

Did you miss what Judge Cahill said to the defense?

“I’ll give you that Congresswoman Waters may have given you something on appeal that may result in this whole trial being overturned.”

Oh wait…what? He goes on to dress down Congresswoman Waters for her interference in the jury process, calling her comments “abhorrent”.

“I wish elected officials would stop talking about this case, especially in a manner that is disrespectful to the rule of law…I think if they want to give their opinions, they should do so respectfully and in a manner that is consistent with their oath to the Constitution, to respect a coequal branch of government.”

…The Court has now acknowledged that Waters may have interfered so greatly with the entire case will be overturned. That sounds a lot like interfering with a constitutional process. Cahill said the statement “was disrespecful to the rule of law and the judicial branch.”

In the end, Judge Cahill did not call a mistrial for Maxine’s disrespect of the jury process. The TKO in the Derek Chauvin trial may not be in the form of a mistrial since Judge Cahill didn’t go that far at the end of business Monday. That will be later if the defense manages to rustle up an appeal as described by the judge.